A Look Back on PM Yoshihide Suga's U.S. Visit: Did It Achieve its Aim? 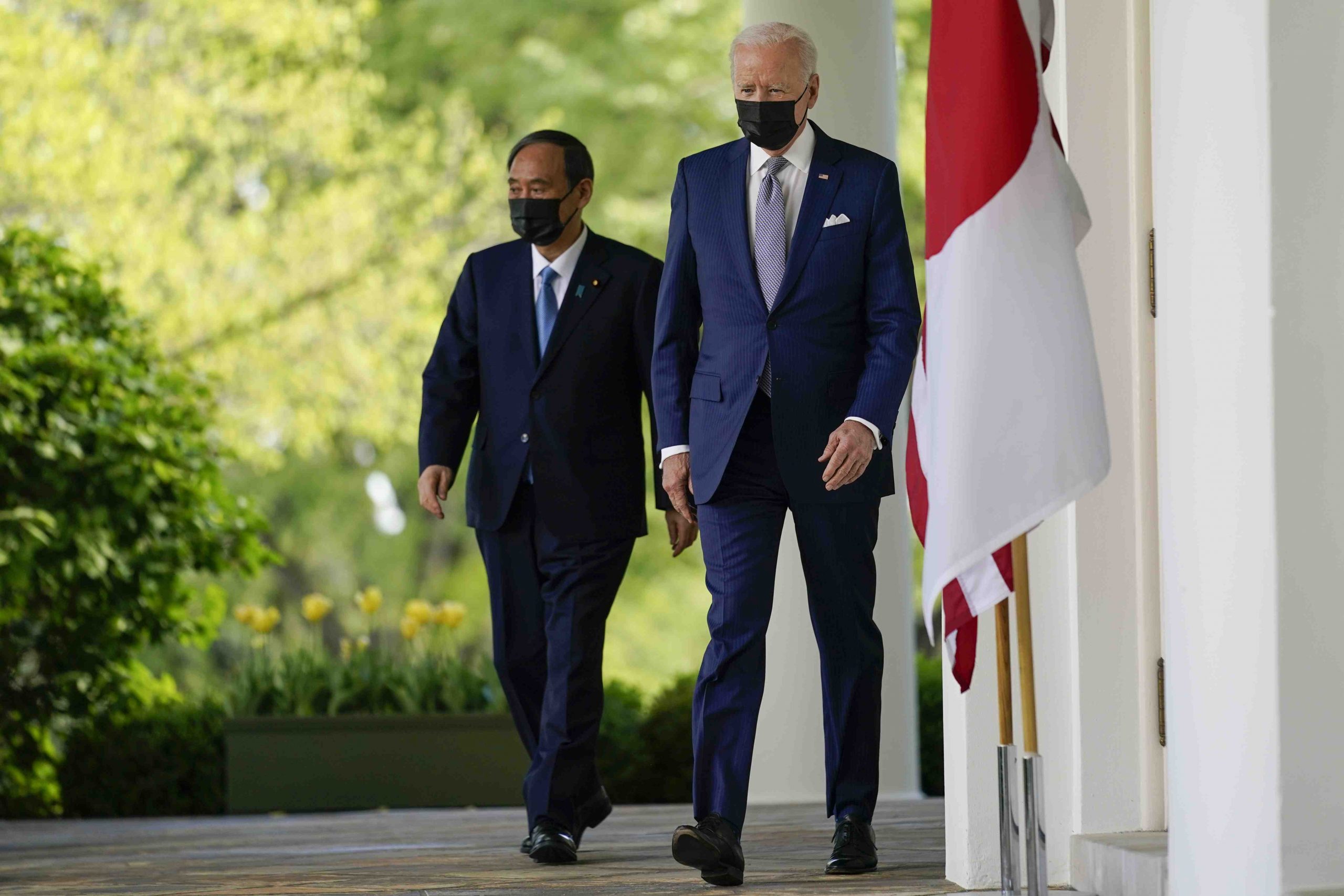 The recent visit of the Japanese Prime Minister Yoshihide Suga to the U.S. brings to focus the close ties between the two allies. What is significant is that PM Suga became the first foreign leader to visit the U.S. after President Joe Biden took office.

Washington has a security treaty with Japan and it has served both the countries well in the period since the end of the Second World War.

The Prime Minister’s visit this time was significant for many reasons. Let us try to analyse them threadbare.

RELATED: Prime Minister Suga, Acting Like Himself, Gets Down to Business with President Biden

Why Japan Needs the U.S.

The United States is a critical partner for Japan, especially in an age when China has been on a belligerent path. In addition, by virtue of its presence in the Korean Peninsula, the U.S. also takes care of Japan’s security against provocations from Pyongyang. In the past, North Korea’s belligerence against Japan has been expressed in a variety of ways, including sending missiles flying over Japan.

What is welcome is that the Biden Administration has reiterated that the Senkaku Islands in Okinawa Prefecture are covered by the U.S.-Japan Security Treaty. The Biden Administration has also devoted a significant amount of diplomatic capital to Japan, as both the U.S. Secretary of State and the U.S. Secretary of Defense have already visited the country, on their first international trips after taking office.

The Joint Statement issued during the visit of PM Suga to the U.S. notes that “President Biden and Prime Minister Suga exchanged views on the impact of China’s actions on peace and prosperity in the Indo-Pacific region and the world, and shared their concerns over Chinese activities that are inconsistent with the international rules-based order, including the use of economic and other forms of coercion.”

Why the U.S. Needs Japan

Japan is also an important part of the Quad (Quadrilateral Security Dialogue), which includes India and Australia, in addition to the U.S.

What did the Summit Achieve

The highlight of the meeting could well be the beginning of a new camaraderie between Suga and Biden. Prime Minister Suga had spent a long time in the shadow of the former Japanese prime minister, Shinzo Abe, who had built up a strong rapport with the former U.S. president, Donald Trump.

In addition, the joint statement notes, the two leaders agreed: “we underscore the importance of peace and stability across the Taiwan Strait and encourage the peaceful resolution of cross-Strait issues. We share serious concerns regarding the human rights situations in Hong Kong and the Xinjiang Uyghur Autonomous Region”.

This is the first time that Taiwan has been mentioned in a joint statement since 1969.

This marks a significant move forward for Japan and is significant in itself since in the past, Tokyo has the past shied away from direct references to Taiwan. This is partly because of the influential business sector in Japan which maintains close ties with China.

We will have to see how the relationship plays out in the upcoming times to know its real strength. However, there are some areas where the two are still at different wavelengths, and both of them will need to keep this in mind. This includes the issue of the realignment of U.S. forces, especially in Okinawa.

The Quad countries have also agreed to cooperate in the fight against the coronavirus pandemic, and this will be critical as India battles a second wave of the virus while Japan has declared a third emergency in some of its major cities. PM Suga had intended to visit India and the Philippines, but that visit has now been put off owing to the rise in coronavirus cases all three countries.

Under the former PM Shinzo Abe, a significant push had been made in bringing Japan back on the path to being a normal nation. It is good to see continued progress under Prime Minister Suga as well. However, as has been pointed out by many observers, Japan will need to further increase its own defense capabilities in order to protect its strategic interests. This will allow it to become an equal partner of the U.S. in the days and months to come.

In terms of the long-term takeaways from Prime Minister Suga’s U.S. visit, we will have to wait and watch. However, as they say, “well begun is half done”.

Dr Rupakjyoti Borah is a Senior Research Fellow at the Japan Forum for Strategic Studies in Tokyo. The views expressed are personal. Find other reports of Dr Borah for JAPAN Forward at this link.