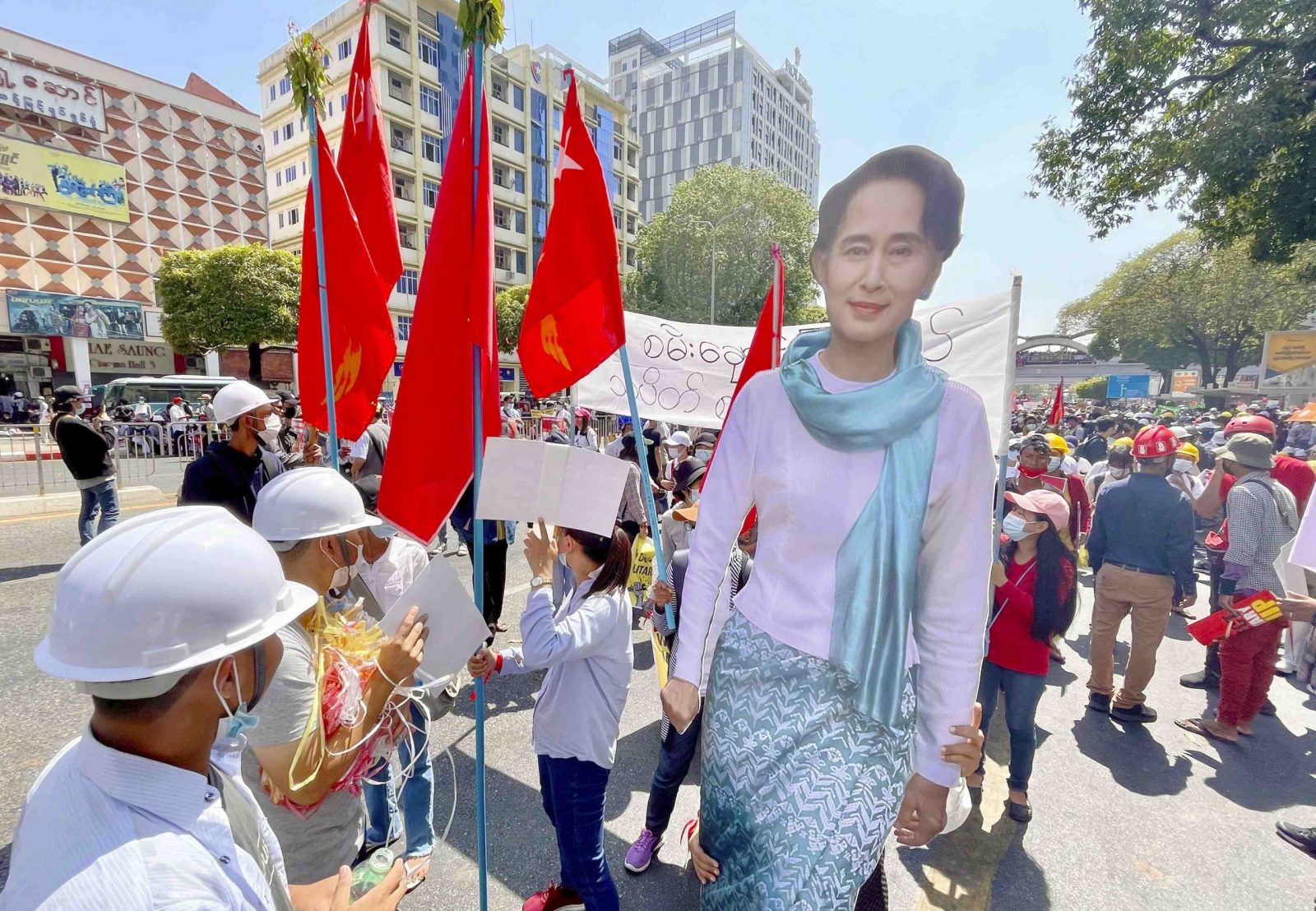 It’s been nearly three months since Myanmar’s military coup d’etat began in February, and Japanese companies tapping into the region are facing difficulties.

Although an immediate cessation of violence in Myanmar was agreed at the special ASEAN Leaders’ Meeting convened on April 24, it is unclear how far the national military will comply with the agreement, or whether peace and order will actually be restored. Even if progress is made in the safety assurance of the region, there is fear that Japanese companies will face both domestic and international backlash if their activities are perceived as endorsing military control.

As a consequence, Japanese enterprises in Myanmar, which were once expected to have high growth potential, are now at risk of being unable to even survive.

In the country’s largest city Yangon, the “Yoma Central Project”, referred to as “Yangon’s Marunouchi Development,” is slowing down.

Mitsubishi Corporation, along with other enterprises, has been working on the project, which will include construction of offices and large-scale residential housing in front of the Yangon Central Railway Station.

The project was scheduled to finish by the end of this year. However, along with construction delays due to the COVID-19 pandemic, it has been further hampered by the intensifying conflict between the democratic protesters and the national military. The situation has demanded reconsideration of the completion schedule.

Also, Toyota Motors plan to build the first automobile assembly plant in Myanmar, in the Thilawa Special Economic Zone (SEZ) outside of Yangon, has also suffered from the turmoil. The launch of the plant operation, once scheduled for February 2021, is now “unforeseeable,” according to a knowledgeable source).

The chaos caused by the military-led coup is behind the current delays and a cause of ongoing concern. Even if peace is restored in this country where the national military holds real power, Japanese companies face their own risks if their return to business has the appearance of being uncooperative with the people’s “civil disobedience movement”. According to Sumitomo Corporation, which is doing business in Myanmar by operating an industrial park development, “the majority of companies operating in the area have not disclosed their [business] status”.

Similar circumstances come into play in the payment of taxes, which is normally done as a matter of course. In Myanmar, income taxes are generally withheld by the employers and paid to tax authorities. But this payment of taxes to the junta government may also runs the risk of being perceived as “cooperation with the military”.

The Japan Chamber of Commerce and Industry’s Chairman Akio Mimura points out, “Companies are being told by their employees and other citizens not to pay taxes. The idea is that paying taxes means you are supporting the national military.”

However, if companies fail to pay taxes, “Other problems will arise, and I hear that operating enterprises are having a very hard time,” Mimura adds.

Concern over the Suspension of ODA

Each year from 2011 to 2019, Myanmar’s economic growth rate has exceeded 5%. Thus, Japanese companies have continued to invest in the country in anticipation of the growth. That is why none of the companies have been able to decide whether to withdraw from Myanmar.

However, if international criticism against the coup continues to grow, decisions related to business continuity will become more difficult. Moreover, Japan’s suspension of ODA (Official Development Assistance) programs for Myanmar is a possibility. And as the representative of one company involved in an ODA yen-loan-financed project commented with apprehension, “From here on, the biggest concern is the Japanese government’s decisions.”

(Read this Sankei Shimbun report in Japanese at this link.)