How Fake News Can Topple a President 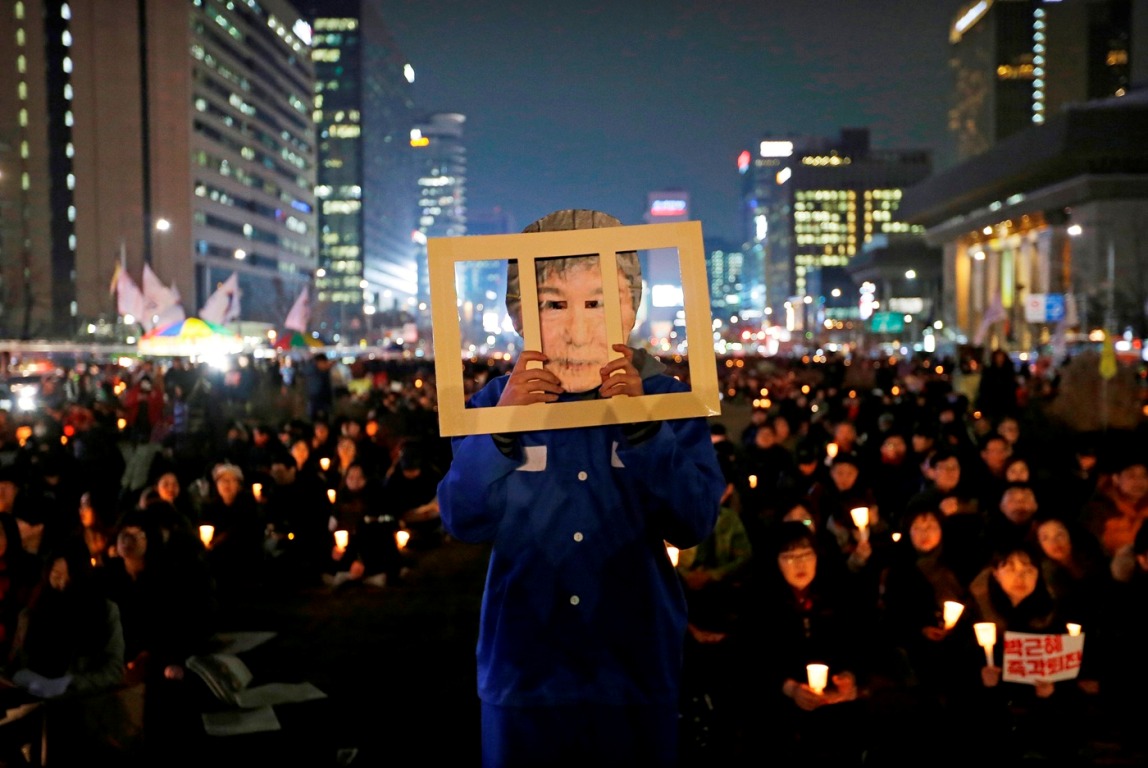 South Korea is now on the eve of a revolution. When the constitutional court hands down its impeachment judgment against President Park Geun-hye at the end of February or early March, and the next presidential election will be held within sixty days of the impeachment decision. What follows will have staggering consequences for peace on the Korean peninsula.

How did Korea arrive at such a dramatic inflection point? Cho Gab-je, a prominent conservative South Korean pundit, told me that the main culprit in South Korea’s slide has been what he calls a chaos of discourse:

“The Rodong Sinmun—which is the mouthpiece of the Workers Party of North Korea—has been just as relentless in its criticism of Park Geun-hye as have the leftist Hankyoreh Sinmun and the conservative Chosun Ilbo, Dong-A Ilbo, and JoongAng Ilbo in South Korea. This explains why an editorial published by the Rodong Sinmun on November 23 of 2016 was met with such high praise by newspapers and television stations in South Korea.

“Any article bashing Park Geun-hye is given tremendous exposure…Drawn up in this are average South Korean citizens—not leftists themselves—who end up joining in the anti-Park Geun-hye demonstrations. The mass media doesn’t bother to check the actual attendance at these rallies, but they nevertheless report the crowds as numbering one million, two million, and so forth. The National Assembly, including the ruling party, as well as the prosecutors have all been swept up and are now bashing Park. It is a form of totalitarianism.”

The organizer of a demonstration in Seoul held on November 12 announced that one million people had attended, while the police put the attendance at 260,000 by calculating the area of the streets occupied by the demonstrators. But the reporting on television and in the newspapers repeatedly echoed the number cited by the organizers of the demonstration, saying that a “one-million-person-strong national spirit” was calling for the ouster of President Park Geun-hye.

The “one-million-person-strong national spirit” number was cited through the beginning of December when the impeachment proceedings against President Park got underway in the National Assembly. For example, the organizer of a November 26 demonstration claimed 1.5 million demonstrators while the organizer of a demonstration held December 3 claimed 1.7 million attendees, both amore than five times the number announced by the police.

The December 3 demonstration is particularly important, as it was reported that more than two million demonstrators had taken to the streets—1.7 million in Seoul and at least 300,000 more in the provinces. Of course, the numbers given by the police also appeared in the articles covering the demonstrations, but given the headlines and editorials that spoke of a “one-million-person-strong national spirit,” this should be considered an example of false reporting.

Originally, the National Assembly had deemed that the initial investigation was insufficient and had therefore appointed a special prosecutor, but the (false) reports of one million-strong demonstrations broke just as the newly-appointed prosecutor’s investigation was beginning.

Under the South Korean constitution, the National Assembly can vote on articles of impeachment only in the case of grave violations of the constitution or of the law but it cannot inquire into questions of political responsibility. There is a tremendous difference between impeachment and a cabinet resolution of censure. The National Assembly should have waited at least until the special prosecutor was able to release the results of his investigation, and only then vote on whether or not to proceed to impeachment.

But on December 9, more than 60 Saenuri members broke with their party and voted in favor of impeachment, sealing President Park’s fate. In their concluding paragraphs, the articles of impeachment quote verbatim from the reporting described above, repeating the questionable claim that one million protestors marched.

National Assemblywoman and Saenuri Party member Na Kyung-won, who voted in favor of the articles of impeachment, openly admits that she was frightened of the “one-million-person-strong national spirit,” saying “there would have been absolutely no way to pacify the participants in the candlelight rallies that looked to go on getting bigger and bigger day after day…If the National Assembly had chosen not to begin impeachment proceedings or to deny the impeachment outright, then we would likely have called down upon ourselves a situation of outright chaos even worse than what we faced during the April 19 revolution in the past” (referring to the popular movement that forced Rhee Syngman out of office in 1960).

Beginning on December 10, the day after the articles of impeachment were accepted, conservative factions held their own demonstrations protesting the impeachment, holding the Taegukgi, the national flag of South Korea, as they demonstrate. Some 37,000 people took part in the Taegukgi demonstration on January 7, more than the candlelight rally (24,000 people). The police stopped announcing the number of demonstrators following January 7, but the weekly Saturday Taegukgi demonstration continues to be overwhelmingly larger than the candlelight rallies.

Conservative factions are planning a large-scale Taegukgi demonstration for March 1 in Seoul—the commemoration day for the independence movement. If at least 100,000 people attend, then the constitutional court should not bend to leftist pressure and may instead render their decision based upon the evidence and the law. In that case, it is entirely possible that the articles of impeachment will be dismissed.

But if the leftist fervor holds, it is almost a certainty that a leftist candidate will be elected for the first time since Roh Moo-hyun’s term ended in 2008. A left-wing administration means there is a greater chance that U.S. forces stationed in South Korea will be withdrawn, that the National Security Act of 1948 will be repealed, and that the South and North will ultimately unify under a federal system. In that event, the entire Korean peninsula would fall into the hands of anti-Japanese forces, and Japan would be faced with a geopolitical crisis of the worst order.

Tsutomu Nishioka is a professor at Tokyo Christian University