How Japan is Helping Make the Global Economy Sustainable 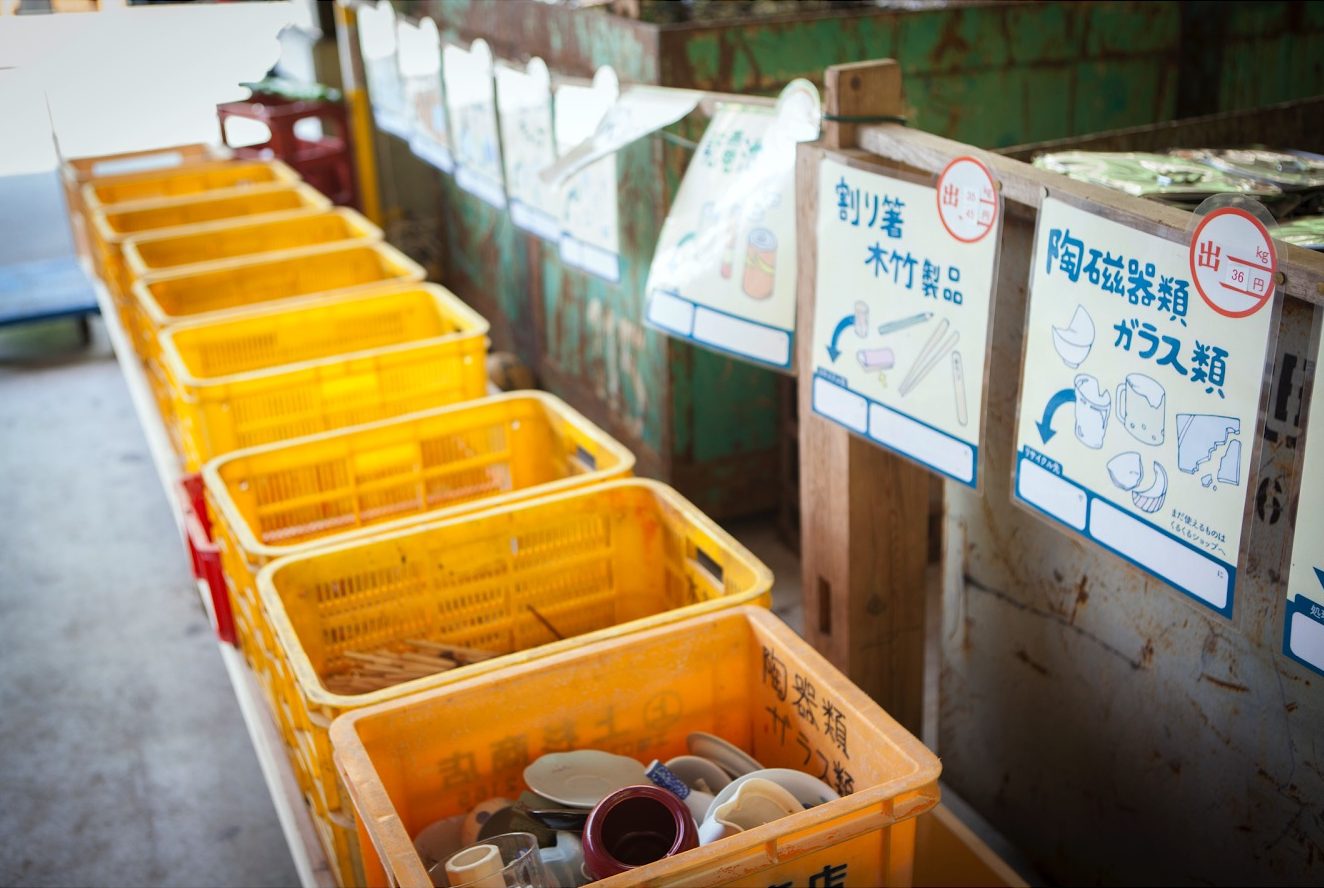 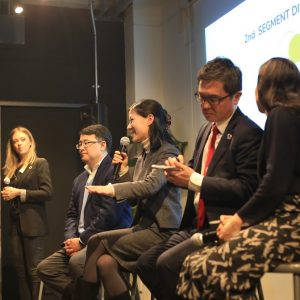 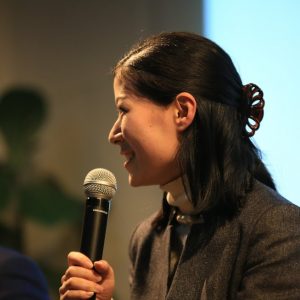 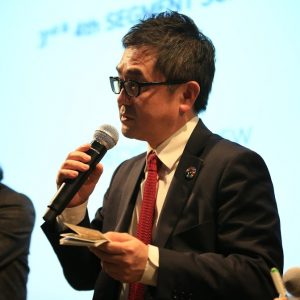 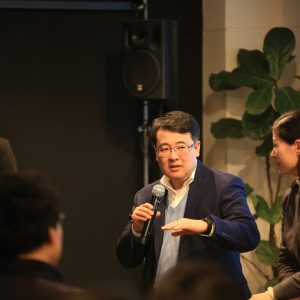 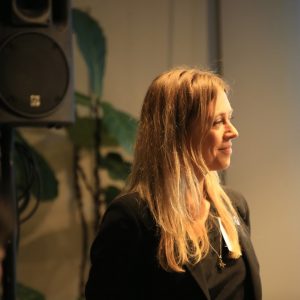 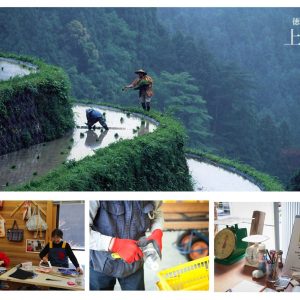 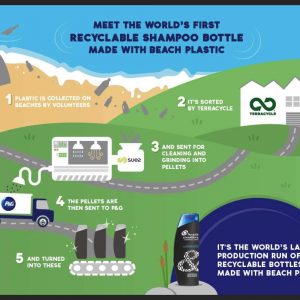 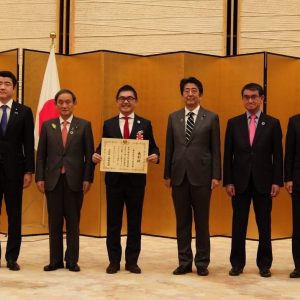 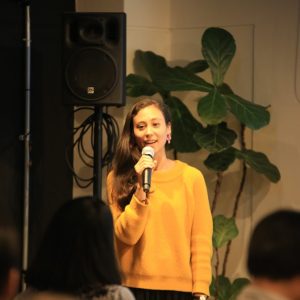 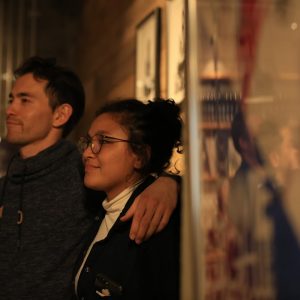 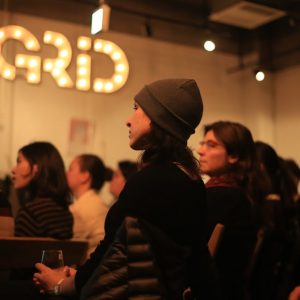 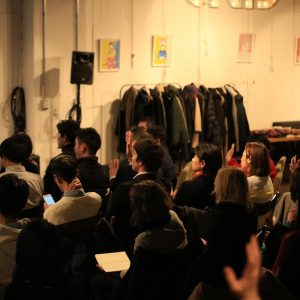 How much is Japan doing to make the global economy more sustainable?

The theme tackled was the “circular economy.” A buzzword in the world of sustainability, it seeks to optimize resources in the system aiming at zero waste. It is the opposing model to the linear economy, where we take, consume, and throw away.

The event was organized around snippets of the film Closing the Loop, a documentary by Emmy Award-winning producer Graham Elhers Sheldon. Presented by Dr. Wayne Visser, it showcased enterprises around the world that are implementing the circular economy model.

Among the speakers were some of the experts in the field, including Akira Sakano, head of the NPO Zero Waste Academy, who also spoke at the World Economic Forum in January 2019. A second speaker was Eric Kawabata, the Asia-Pacific manager of TerraCycle, a global company with more than 80 million people involved in their recycling projects. Furthermore, there was Tetsuo Ohkawa, the CEO of the only company in Japan with a zero carbon footprint, Ohkawa Printing. Leading the panel of experts was Sann Carrière, a founder of the consulting business SO NOW who has worked on how to implement sustainable economic models since 2009.

The powerful documentary, interspersed with compelling experts in the field gave attendees a comprehensive view of the challenges circular economic models face in Japan, as well as how the tide is changing and there is hope for the future.

It’s all very well to think about optimizing resources, but it is another thing to apply it in practice. Akira Sakano, Eric Kawabata, and Tetsuo Ohkawa helped put this problem into perspective on many levels.

Akira Sakano lives in Kamikatsu, a town with a population of 1,500 in Tokushima Prefecture, where  the NPO Zero Waste Academy was founded in 2005. She is best known as a major force of change in making the town almost trash-free — it recycles 80% of its waste. To give some context, the average in Japan is 30%, while in Germany, the country with the highest rate, the average is 48%.

The town has achieved this feat by setting up a recycling system which divides waste into 45 categories, with 9 categories for paper alone.

Apart from focusing on the obvious advantages of recycling, she explained how you bring people on your side: “You convince people by being clear, and showing them the logic. So if you divide this material, you save this amount of money because the quality of the recycled material is higher.”

The argument is used also for local businesses, which are enticed to pick up their waste, knowing that the trash segregation happens on the residents’ side. In short, an incredibly effective, small-size model of what an efficient society could look like.

Kamikatsu manages to recycle 80% of trash, but what about the remaining 20%? It’s what cannot be recycled.

To deal with that, the organization TerraCycle has been leading the way since 2001. Started by Princeton dropout Tom Szaky, it aims to altogether eliminate the idea of waste through corporate-financed projects. A major focus, therefore, is on products which cannot be recycled easily.

The organization operates with 350 people in 21 countries. And there is increasing support for its projects, as Eric Kawabata explained: “One project which we created in collaboration with Procter & Gamble: taking plastic, cleaning it, separating it, and putting it in the first shampoo bottle in the world made with recycled beach plastic.” The project, which won an award from the United Nations in 2018, is all over Europe and set to reach Asia next.

While TerraCycle deals with big global businesses, Tetsuo Ohkawa provided insight into what it means in managing a medium-size company in Japan: Ohkawa Printing. It is not just any company, but one with a zero carbon footprint.

Interestingly, the company also constantly examines how different materials can be used in printing. In theory, anything with fiber content can potentially be made into paper. Examples included elephant dung, banana peel, and wood shavings. The entrepreneurship of this business from Yokohama scored Ohkawa Printing the SDG (sustainable development goals) award from the Japanese government in 2018.

All these singular efforts were put into context through the framework of the documentary Closing the Loop. As Zero Waste Academy’s Sakano pointed out, “It’s important to remember that we are not alone in this.”

The documentary provided a more global picture of businesses following the trend of circular economy. The examples highlighted include Interface, a Dutch company which is aiming to work the circular model and have zero waste by 2020, and Novamont, an Italian company which focuses on biodegradable products and gained attention for making biodegradable Lavazza coffee capsules.

Difficulties in Closing the Loop

If the circular economy is such a great idea, why is it that this model hasn’t been applied more widely?

The root of the problem is the convenience of the linear economy: packaging is cheap, and the easy thing to do is to throw it away. It doesn’t paint a great picture for implementation of a sustainability model when people are fundamentally stuck in their habits.

However, Kawabata had a more optimistic message: “When people are given the possibility to do something which doesn’t disrupt their life, they will normally choose to do the right thing.”

The problems start even before implementation. Kawabata expanded on this, saying, “Like any business innovation, you need to do your homework.” Namely, as the example of Zero Waste Academy’s 45-category system shows, if you don’t have information, you risk doing things pointlessly.

For example, Kawabata pointed out it is important to raise awareness that Japan is home to 70% of the incinerators in the world, so most likely your waste is burnt and not recycled. But he also advocated spreading information about what kind of policy businesses should be implementing. He asked pointedly, “Biodegradable plastic might sound like a great idea, but what happens if you have a country where it’s illegal to have a landfill, like Japan?”

There are, of course, obstacles on the ground. One, which is more technical, is how to deal with a world where there are constantly new materials coming on the market. Ohkawa explained, “We explored whether to use Limex, a limestone derived paper, but one of the major obstacles which we saw was the fact that there is no structure in place to recycle it.” It seems 45 categories might not be enough.

Even if you do find the right material, there are challenges when first implementing a recycling plan. Sann Carrière, founder of SO NOW and who also has firsthand experience in applying the circular economy model to a company, explained, “You need to go through the valley of death in implementation, as it is called [in business terms].”

Simply put, innovation will not lead to profits immediately, so companies need to get beyond the first stage, where the cost of implementation is high, until they reach the point where their output will pay for the cost with economies of scale.

In the case of Japan, there are also challenges at the policy level. Sakano explained the breadth of the lack of cohesion: “Every single municipality has freedom when it comes to deciding what to do with their waste.”

As of 2015, Japan had 1,718 municipalities with their own recycling policies. To add to the problem, most of them have invested in an incinerator and related costs, such as compensating people who live close to the structure. As a result, they are not likely to take up recycling at the drop of a hat.

Despite the bleak picture that the many hurdles presented, all speakers at the event gave reasons to be hopeful for what the future holds. As Eric Kawabata argued, “Times of crises bring people together.”

TerraCycle is aiming to change how we think of packaging altogether. It just unveiled a new concept called “Loop” last January 24. Scheduled to start in spring 2019 in New York and Paris, it reintroduces an idea from the days of the milkman: products sold in durable packaging delivered to your doorstep, then picking up the containers on a return trip, and washing and reusing them.

The key is bringing back the producer’s ownership of the packaging, making it durable, beautiful, and reusable. In an interview with CNN, TerraCycle founder Tom Szaky explained how consumers are expected to buy into the idea: “How many people come home and put coffee in a nicer container? Well, if that behavior is already there, wouldn’t people prefer that I would just give it to you like that in the perfect container made for that product?”

With the collaboration of large companies like Procter & Gamble, products from brands such as Dove, Häägen-Dasz, Pantene, and Oral-B plan to implement this scheme in trials scheduled for 2020 in Tokyo.

Sakano’s message is optimistic as well: “Although now the [number of] cities recycling everything are very few, we are reaching a time when they have to change their incinerators. We are hoping it will be a moment for change to recycling.”

Sakano is also an advocate of integrating the teaching of recycling in education programs. She firmly believes that having kids learn the new methods of recycling is a direct way of bringing recycling into their homes. Ohkawa, on the other hand, is working to change mindsets through his employees.

Looking forward, Sakano said: “A small community can do so much, but at the same time we need systematic policies to change things on a bigger level.” The recycling scheme is set to start soon in Nagasaki, Ouchi, and Osaka, and there are hopes for Tokyo.

Sann Carrière expanded on the theme of hope, saying: “I am overwhelmed by the positive response in Japan.” However, Carrière said this shouldn’t be seen as a western model being applied in the East. “This part of the world is the cradle of the global economy. We are not coming here to tell anyone how things are done. I am just here because I think I have something valuable to share.”

Social Innovation Japan (SIJ) is a platform for social change. Founded in 2017, SIJ organizes events, workshops, and programs for people to learn, connect and take action on some of today’s most pressing challenges, from climate change to the refugee crisis and beyond.