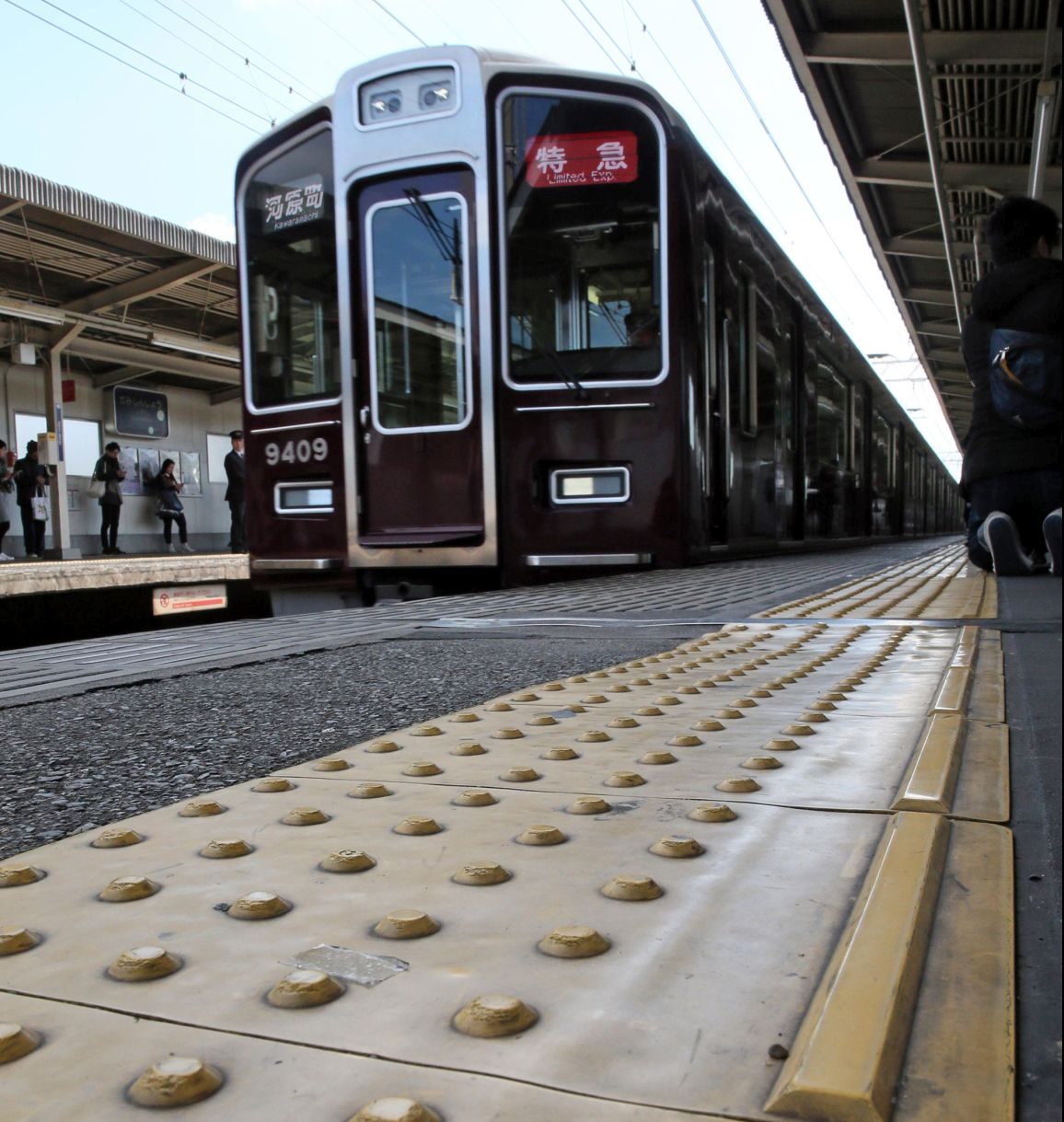 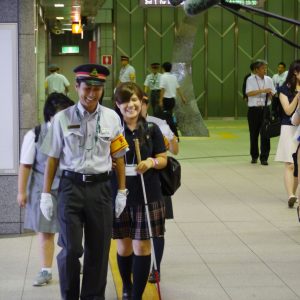 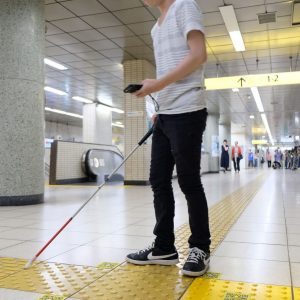 Google Japan paid tribute to the inventor of the tenji block, Seiichi Miyake, on March 18. It seems a good time to reflect on this invention and the impact it’s had around the world.

Though I am not the intended audience, I find the yellow tactile tiles found all around Japan very useful. When I first came to Japan, I quickly realized that these little ridged and bumpy blocks almost always led to the elevators I need as a wheelchair user. It was only later that I found out that tactile tiles, or tenji blocks, as they are often called, had a much more significant meaning than leading a new foreigner in a wheelchair around Tokyo.

As I talk with many people from Japan about accessibility, I often hear, “Japan is behind other countries.” While I feel this is untrue for many reasons, one point I always bring up to counter this false idea is Seiichi Miyake and his tactile blocks. Many people from Japan do not realize it was a Japanese invention and are quite surprised.

While running a ryokan in Okayama, Miyake was trying to invent ways to prevent snow from obscuring the numbers on car license plates. However, after he witnessed a man with a white cane almost get hit by a car on the street in 1963, Miyake quickly changed his research to focus on ways to help those with visual impairments safely navigate the streets.

After receiving encouragement from the director of the Nippon Lighthouse Welfare Center for the Blind, Miyake invented a set of tiles to give tactile clues to those with visual impairments and set about getting them accepted on the streets of Japan.

The first 230 blocks were laid at the street crossing in front of the Okayama School for the Blind on March 18, 1967.

The blocks spread slowly, but 10 years after first being laid in front of the school, Japan National Railways adopted them and started adding tactile blocks at stations around Japan. The system was later formally named a “Hazard Guide for the Vision Impaired” in 1985 and further spread across Japan. In 2001 the tiles were standardized by the Japanese Industrial Standards (JIS) to ensure that users can safely travel anywhere in the country without confusion.

In Japan, the blocks are bright yellow for contrast (though they can be changed for esthetic reasons in certain situations). The patterns on the block also change to indicate different situations. Directional or guidance tactile blocks have raised elongated bars indicating the directions of a path and guide users around obstacles. These often lead to important places like stations, accessible toilets or elevators, and indicate an accessible route.

The other type of block is a hazard warning tactile, or blister tile, which has raised dots on the surface. These blocks can be found separate and apart from the directional blocks. They are used to indicate that attention is needed due to potentially hazardous situations, like the top or bottom of stairs, the foot of a ramp, a road crossing, the platform of a railway station, or where a directional path joins another route.

Japanese law requires the installation and maintenance of tactile blocks near stairs, ramps, escalators, and major pathways for buildings with over 2,000 square meters of floor area, while other public spaces of less than 2,000 square meters must make a reasonable effort.

Latter changes to the law have expanded the scope to requirements for outdoor areas near stations as well. Train and subway stations require a path from the public entrance to a manned booth or the platform. All stairs, escalators, and ramps must have warning blocks as well as those along the platform edge.

Miyake’s dream of safe movement for persons with visual impairments has spread not only beyond Okayama, but also beyond Japan. Today, tactile blocks can be found around the world.

The Americans with Disabilities Act of 1990 (ADA) requires tactile warnings systems, and they have been mandatory on train platforms since 1991. At the 2000 Sydney Olympics and Paralympics, tactile blocks were used at all of the event stadiums. Many other countries from around the world have put tactile blocks into their accessibility laws as requirements as well.

Japan should be proud of the impact we have had on the world for those with disabilities.

The next time that you need to find an elevator, toilet, or even the entrance to a subway, just follow the yellow tiles, and remember the inventor from Japan who changed the lives of millions of people around the world.

(Click here to find out more about Accessible Japan)