In the Small, Mystical Town of Ono, A Castle in the Clouds and Other Wonders 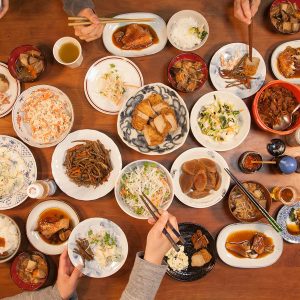 In a small city in Japan, on a cold morning with no wind between October and April, you might experience an incredible sight if the weather conditions are right. As dawn breaks, the outline of a castle floating in the morning fog is visible in the valley, almost giving the impression of a castle among the clouds. This dream-like scenery is exceptionally rare and occurs only 10 times a year.

The location for this occurrence is Ono City in Fukui Prefecture, in Central Japan. It is a small inland town surrounded by mountains. The population is barely 33,000 people.

As the fog disperses, the buildings of the wider city start appearing in the dew. You will see the outline of a city at the foot of a castle with more than 400 years of history, going back to the Sengoku Period.

The origins of the city lie in the castle itself. The city was built surrounding Hida Takayama by the famous samurai Kanamori Nagachika. Due to its long history, the city has preserved to this day the long strip city structure, just like Kyoto, the old capital of Japan.

People in Ono lead a lifestyle which to some extent has continued for 400 years, including a morning market which takes place from March to New Year’s, where women and grannies share their harvest of seasonal vegetables.

Geographically isolated, with an incredible history and practices which have continued for centuries, this city shows Japan’s unspoiled nature and conveys a somewhat nostalgic feel.

Ono is also famous for its spring water, as to this day 70% of the houses draw water for everyday use from the local springs. The snow and rain which falls on the mountains is absorbed by the soil, and then becomes drinkable spring water.

If you walk around the city you can even see the Shozu, a place to draw spring water right in the middle of the town. As well as being very important for everyday life by providing a stable source of water, rumor has it that it influences the people themselves, and perhaps helps make the population simple and calm.

If one had to summarize the spirit of the town, it would be with one important word: yui, the Japanese character which means “connection.” People who are born and raised here help each other and cheer each other on.

If anything happens, people gather — because even if things get hard, things aren’t so hard when you face them together. For centuries, this has been the way of doing things in this tiny town in the middle of the Japanese mountains.

If you visit Ono, elementary school kids will greet you cheerfully on the streets. The “connection” between members of the town bonds people together and makes everyone one great big family. This is brought home when watching the scene of grannies chatting away in Ono dialect at the morning market while surrounded by an untouched scenery going back 400 years.

We want people to come to this town and try to get a glimpse of the rare sighting of the Castle in the Clouds.

If you visit the town for two days, townspeople there might be slightly shy. But they will welcome you with open arms, giving you a true feel of the word “connection,” just like it used to be in all of Japan.

(Click here to know more about Ono city, and here for more information about Ono Castle.)

(This article was published in collaboration with Ono city).