How Japan's Foreign Aid to China Created a Ruthless 'Frankenstein' 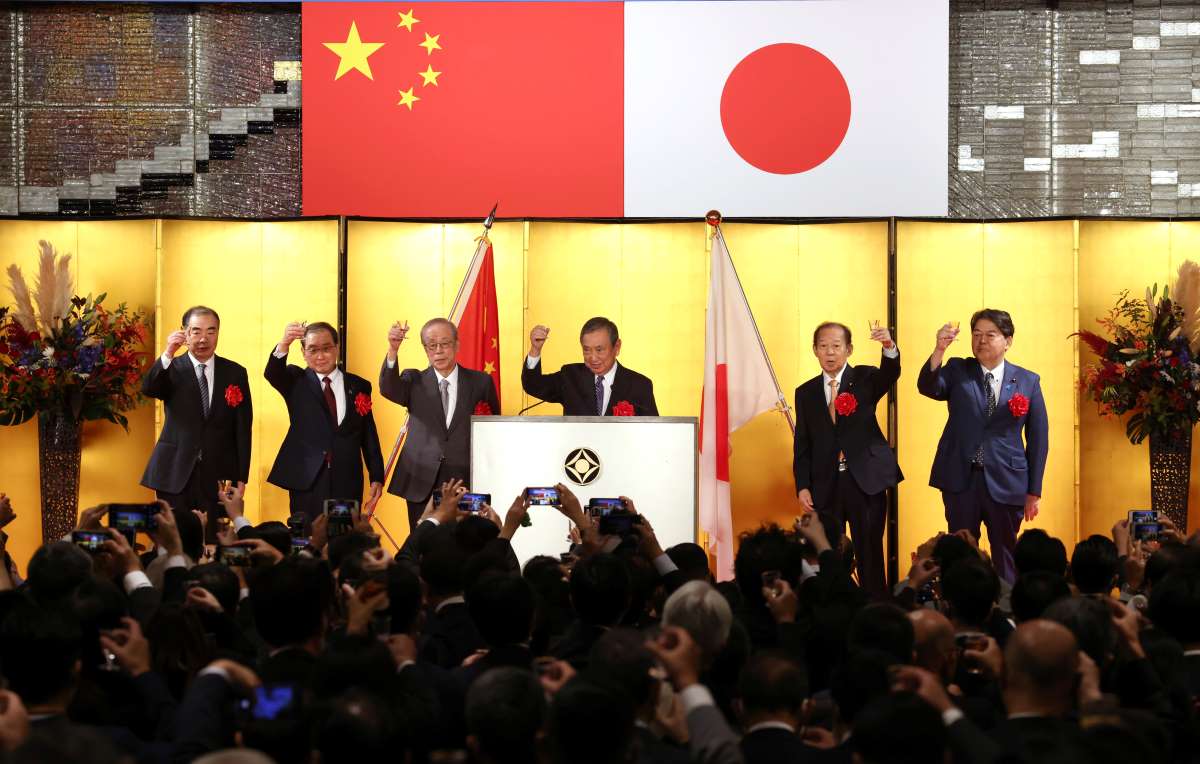 The media is abuzz with commentary about the 50th anniversary of the establishment of diplomatic relations between Japan and the People's Republic of China, and the 20th National Congress of the Chinese Communist Party, held for the first time in five years. But strangely absent from all this is any mention of what happened to Japan's Official Development Assistance (ODA), or foreign aid, which had been a central pillar of Japan's China policy.

For 40 years, Japan provided massive funds to China in the form of aid. And as a reporter who worked as the first China bureau chief for the Sankei Shimbun, here is why I think it was one of the greatest failures of Japanese post-war diplomacy.

The 3.6 Trillion Yen in Foreign Aid No One Knows About

For 31 years until 1998, The Sankei Shimbun was forbidden from stationing correspondents in China because it refused to comply with demands to close the Taiwan bureau. Beijing's coercive "one China" principle was imposed on the Japanese media (but not on Western media), and all but Sankei complied.

Finally reversing its policy in 1998, Beijing allowed The Sankei Shimbun to reopen its Beijing office by calling it the China General Bureau. I was the first reporter assigned to head the new bureau.

This was my first time reporting from Greater China, and I immediately turned my attention to the fate of Japan's ODA. It was the linchpin of Japan's China policy, and yet the Japanese media was eerily silent on this topic.

I naturally assumed that the impact of Japan's financial aid was widely acknowledged by the Chinese public. After all, Japan's ODA to China totaled ¥3.6 trillion JPY (around $24.4 billion USD) over 40 years from 1979 to 2018 ー among the largest total amounts of Japanese government aid for any single country. By the time I was assigned to China, the total aid exceeded ¥2 trillion JPY (about $13.5 billion USD). Moreover, it had been used extensively to construct public facilities across the country.

However, my assumption was far from the reality on the ground. None of the locals I met in Beijing had even heard of Japanese government aid. My subsequent visits to cities including Shanghai, Dalian, Chengdu, Lhasa, Harbin, and Kunming made it abundantly clear that the same could be said across the board. Nobody knew about Japanese aid because the Chinese government hadn't told them.

Prolific use of Japanese ODA was especially notable in the capital city of Beijing. Major construction of urban infrastructure was underway there to revamp the city for its role as an Olympics host. Japanese foreign aid money helped build the Beijing Capital International Airport, subways, port facilities, and public highways — just to list a few examples.

At ceremonies marking a project's completion gratitude was expressed to organizations and individuals. But whether the new infrastructure was an airport or subway, Japan was never mentioned as the source of the funds.

How could it be possible for Japan's ODA to foster friendship between the two countries if nobody in China was told the source of the funds? In fact, it seemed China may have hidden the source, reframing the Japan's development funding as de facto reparations.

Japanese hopes that foreign aid would contribute to China's democratization were futile. And even worse, the policy backfired spectacularly. Japanese aid was subsumed into Beijing's national development plan, which helped tighten the dictatorship's grip on power.

During my time in Beijing, government persecution of the Falun Gong, a health-improvement movement, was absolutely harrowing. Those who attempted to raise the banner of the Democracy Party of China were arrested immediately. The leader was handed a heavy penalty of 14 years in prison.

US Criticism of Japan's Foreign Aid to China

Japan's unwitting contribution to China's military buildup through ODA was criticized in the United States. Michael Pillsbury, a renowned authority on the Chinese military and currently the Director for Chinese Strategy at the Hudson Institute, spelled it out in a report he wrote in the 1990s for the US National Defense University.

"The Chinese military has enhanced its overall capability through transportation and communications facilities built with Japanese ODA," he said.

Likewise, William Triplett, an advisor on Chinese affairs to the US Senate Foreign Relations Committee and a sinologist, expressed concern. "The Chinese military's longstanding strategy is to keep its main forces, including nuclear weapons, to mountainous areas during peacetime, and then rush them off to coastal urban areas during a contingency. Many of the railroads and highways that provide the means for this were built with Japanese ODA," he explained.

Raising the example of how Japanese ODA had been used to construct a railroad in Fujian Province, where troops had been assembled to attack Taiwan, Triplett asked: "Has the Japanese government ever considered that the aid it provides would be used to improve China's military capabilities?"

However, the United States also contributed to China's power through strategic engagement by successive past administrations. The policy was subsequently repudiated during the Trump administration.

Former President Richard Nixon reportedly expressed regret for opening relations with China. About 20 years after his first visit to China in 1972, Nixon said, "We may have created a Frankenstein."

Frankenstein is a monster from a British novel that has also become a metaphor for something that destroys the people who created it.

Japan, too, may have helped create a monster to the detriment of its own people. Some rigorous soul-searching is in order.