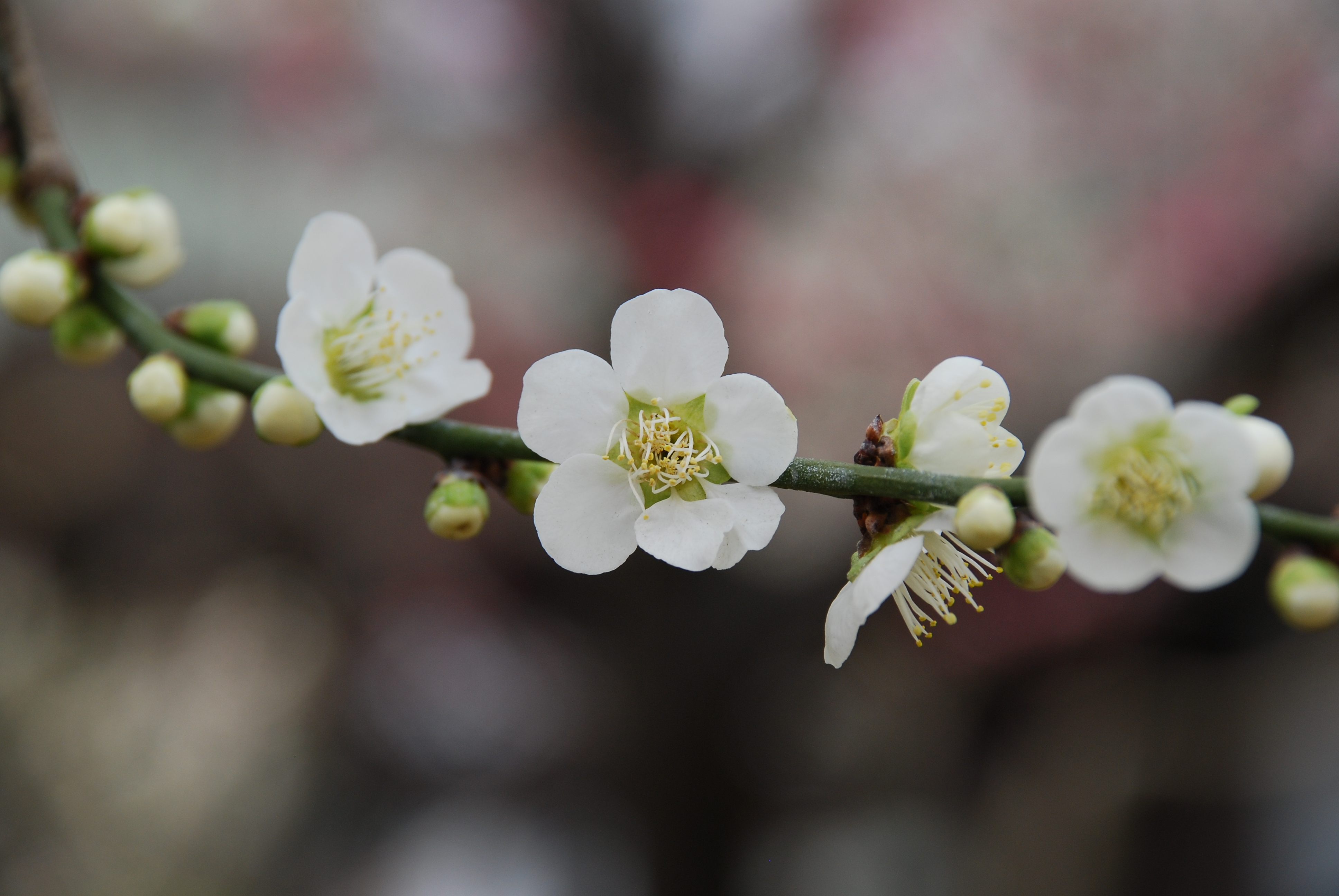 A close-up of a plum (ume) blossom in Tokyo, Japan. 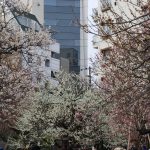 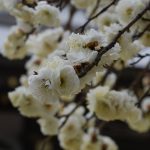 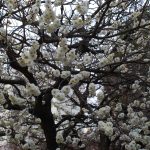 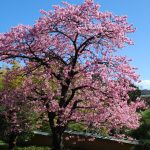 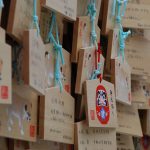 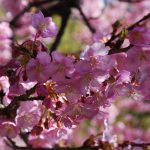 As the weather warmed last month, Japan enjoyed its renowned sakura (cherry blossom) season earlier than usual, leading many people to venture outdoors and have a hanami—flower viewing party—in mid-March.

Although the sakura are widely considered Japan’s most famous flower, there are a variety of alluring flora that are equally beautiful. These are the ume (plum), kiku (chrysanthemum), tsubaki (camellia), and momo (peach). Many of these flowers play an important role in Japanese art, culture, fashion, and literature including, most famously, the Imperial Seal of Japan.

Plum blossoms are one of the first to emerge in Japan each year. Not knowing much about Japanese flowers, I observed that plum blossoms are quite varied, with blossoms in white, pale and dark pink, and red. Unlike their cherry relatives, they have a potent, ambrosial smell, and bloom in the coldest part of the winter months.

On a visit to Yushima Tenman-gu shrine (3-30-1 Yushima, Bunkyo-ku in Tokyo) in early March, I was lucky enough to see the full scale of plum blossoms.

As soon as I entered the shrine, I was engulfed by a sea of white petals. A faint scent filled the atmosphere. In celebration of the season, the shrine was selling a host of plum-related memorabilia, including locally crafted umeshu (plum wine), plum-filled sweet buns, and even key chains.

Thanks to its proximity to the Hongo campus of the University of Tokyo, the shrine is popular with students who pray to the spirit of Michizane Sugawara, a 9th-century scholar deified as Tenjin, the god of learning, for academic success or entry into their desired university.

Sugawara’s favorite flower was the plum. Many students write prayers on ema, the wooden votive plaques, and hang them at the shrine in the hope that Tenjin will answer their prayer.

In modern Japan, cherry blossoms tend to attract the most attention. However, this was not always the case. The origins of hanami trace back to 8th century Nara, where plum blossoms were passionately celebrated. Despite this, towards the turn of the first millennium, the plum blossoms declined in popularity and were replaced by the sakura. Hanami then became synonymous with sakura, even popularized in poetry and in literary work, such as The Tales of Genji.

In art, sakura are a centrepiece of many works. For some excellent examples, check out the Yamatane Museum of Art (3-12-36 Hiro-o, Shibuya-ku, Tokyo). Its current exhibit (until May 6)—Sakura, Sakura, Sakura 2018: Flower Viewing at the Museum!—includes approximately 60 pieces by various artists featuring cherry blossoms.

Although every piece is thought-provoking in its own right, I have an affinity for a few particular pieces. One show-stopping piece is the five-meter-long silk scroll painted by Kanō Tsunenobu in the 17th or 18th century, depicting The Battle of the Flowers Between the Emperor Xuanzong and Yang Guifei Teams.

Once the sakura season arrives, there is no shortage of tourists and locals aiming to enjoy the warming sunshine and capture the perfect photograph of the flowers of the season. As for me, I’ll be reading a certain Sherlock Holmes novel under the boughs of flourishing pink.

This blog was originally published on Jigsaw Japan, you can view the original here.