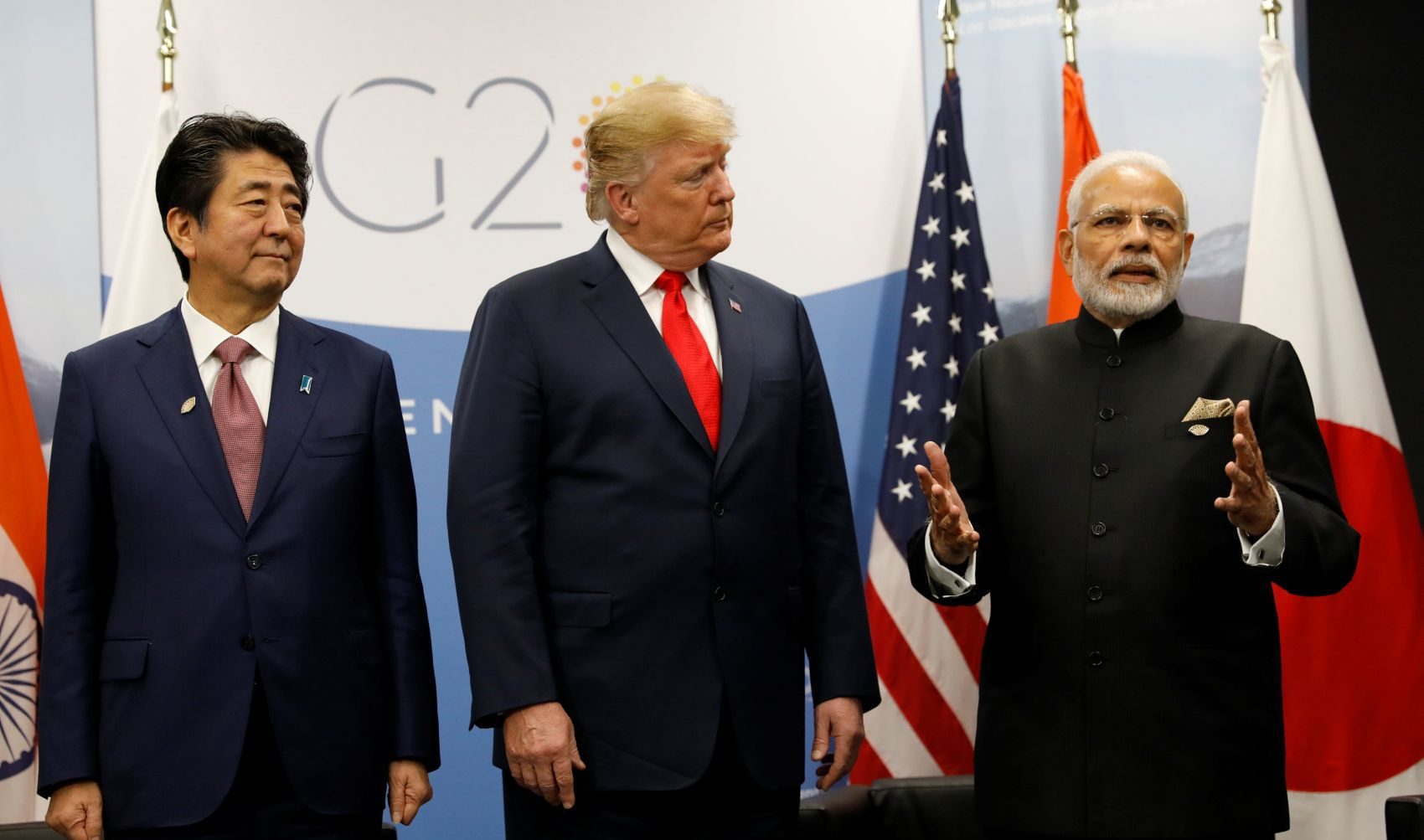 As the world battles the spread of the coronavirus pandemic, it seems to have brought out a new kind of assertiveness on the part of China.

This has been seen on several fronts—one of which is the Sino-Indian border where a clash between soldiers from the two sides left 20 Indian soldiers and an unspecified number of Chinese soldiers dead.

The deadly clashes in the Galwan Valley in Ladakh clearly mean that China has laid to rest “the hide your strength and bide your time” strategy. However, what is more worrying is that if India is not able to restore status quo ante soon in some of the areas where the two nations have clashed, it will be difficult to push them out, once the weather changes and winter sets in.

Another front is the maritime border with Japan, which has seen attempts by Chinese vessels and aircrafts to trespass inside of Japanese territorial limits.

This has also been seen in the assertive utterances from some Chinese diplomats, who have now come to be known as “wolf warriors”ー after two Chinese movies which show Chinese Special Forces taking on enemies.   In addition, Beijing has also laid claim to some areas in Bhutan, which does not maintain official relations with it.

What Can Be Behind Such Actions?

An important reason behind such assertive actions could be the desire of Chinese President Xi Jinping’s to lessen the pressure on the home front. The Chinese economy has contracted in the times since the outbreak of COVID-19 and Beijing’s handling of the pandemic has led to the Chinese leaders facing a lot of flak at home. The idea is likely intended to take away the attention of the Chinese citizens from the government’s handling of the coronavirus pandemic and its economic aftermath, by fanning nationalism.

Meanwhile, as a result of the coronavirus outbreak, supply chains are moving away from China to other countries, especially in Southeast Asia.

Another cause of Beijing’s behavior is that China’s President Xi Jinping wants to carve out a place for himself in the annals of China’s history with a new kind of aggressive posturing. China has always wanted to be treated at par with the United States, but the U.S. and the rest of the world has refused to be a party to the shenanigans of Xi Jinping.

The aggressive actions of the Chinese government can also be seen in China’s treatment of its own citizens, in Hong Kong, Xinjiang and Tibet.

Finding the Way Ahead

In order to tackle the rising threat from China, democracies of the world must stand up to its bullying. The U.S. has raised the diplomatic sweepstakes by taking on China. Among other actions, it has sent naval vessels on Freedom of Navigation Operations (FONOPs) in the South China Sea at regular intervals.

India, too, must follow suit instead of being on the defensive. In the recent border crisis, the Chinese have refused to pull back from the Pangong-Tso and the Depsang plain areas, instead of promises to the contrary.

It is important to note here that India, Japan and the U.S. are members of the Malabar trilateral naval exercises. It is important to include Australia in these exercises, so as to send a message to China and the wider world that democratic nations are coming together to safeguard their common interests and values.

Japan will have to play a critical role in this kind of a concerted push by the democracies, since the benefits it receives from freedom of navigation in the South China Sea can no longer be taken for granted.

Democratic nations like Indonesia could also be a part of this “concert of democracies”.  Indonesia also has a territorial issue with China in the South China Sea. Australia should very much be a part of this, especially given its strong stance on China’s aggressive posturing, under the Morrison administration.

However, Beijing may be overplaying its hand in the Indo-Pacific and making a grave mistake. The United States is still the number one power in both the military and the economic spheres. Beijing is still mired in too many problems of its own—whether it be in Xinjiang, Hong Kong or Tibet, and a country with so many unresolved problems on its home soil can never aspire to supplant the United States.

In addition, there is a need to take on China on the economic front as well. Japan has already made provisions in its stimulus package for companies to move out of China and similar strategies should also be taken up by other democratic countries.  China has benefitted from being the “factory of the world” and this is where it needs to be hurt the most—in the economic field. Only then are we likely to see a less aggressive China on the political front.

The challenge from China is not only to the U.S., but also to democracies worldwide, and hence this threat can only be met by a concert of democracies.

At this critical juncture in world history, democracies like India, the U.S. and Japan have a critical role in ensuring that the China-model of governance is not able to overshadow the merits of a rules-based order with democratic values.

Falling short on this count is not an option for the concert of democracies.

Dr Rupakjyoti Borah is an Associate Professor with Sharda University, India.  His forthcoming book is The Strategic Relations between India, the United States and Japan in the Indo-Pacific: When Three is Not a Crowd. His earlier books include The Elephant and the Samurai: Why Japan Can Trust India and Act-East via the Northeast: How India’s Northeast is Strengthening the Kizuna (Bond) Between India, Japan and ASEAN? The views expressed here are personal. Twitter @rupakj