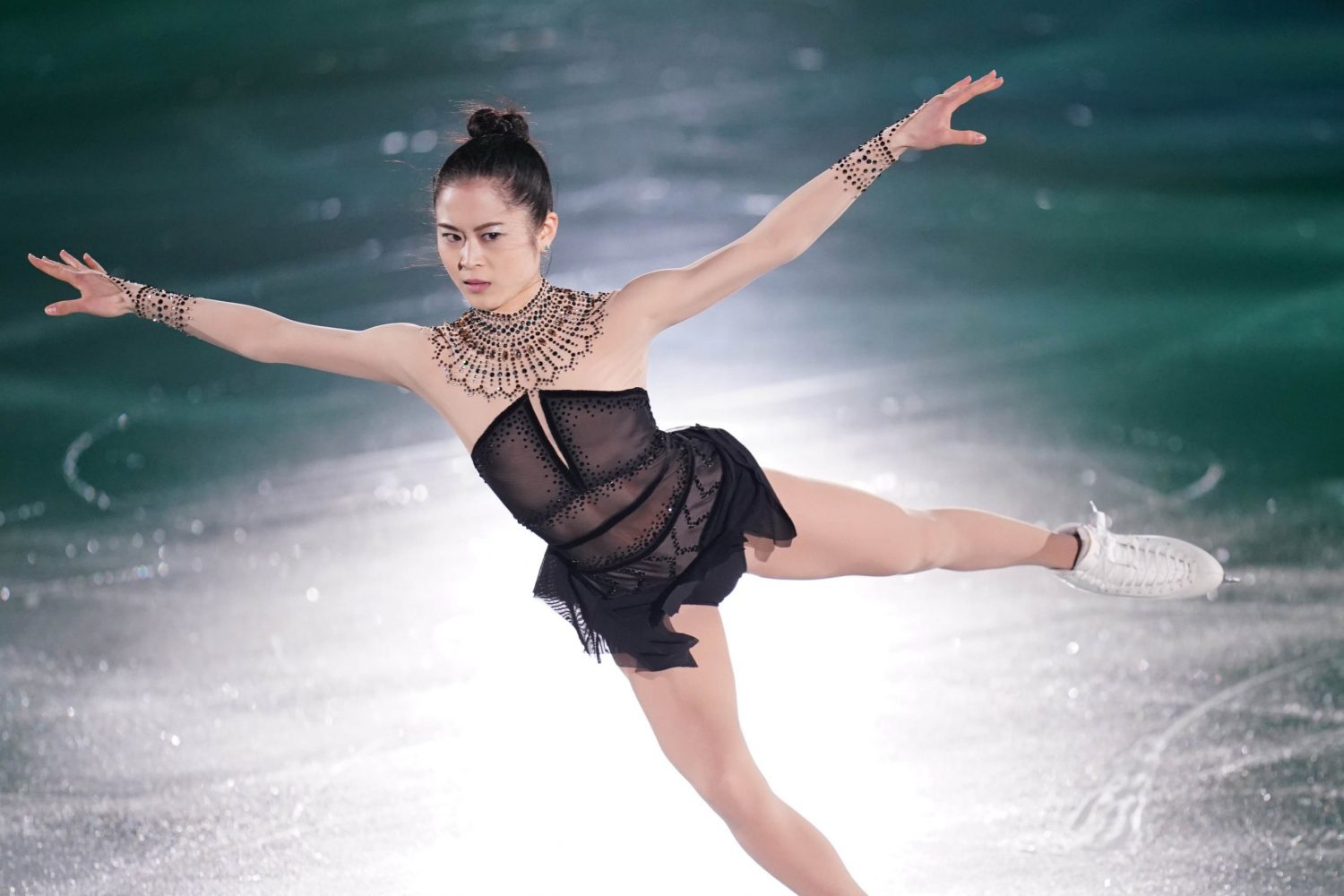 Satoko Miyahara was one of the world's top-ranked female figure skaters for several years.

Satoko Miyahara announced her retirement from competition on March 26 and leaves an indelible mark on Japanese skating.

The four-time national champion, two-time world medalist, and fourth-place finisher at the 2018 Pyeongchang Olympics was a throwback to a time when artistry was more significant in the sport than it is in the present day.

Standing just 152 centimeters, the elegant and graceful Miyahara is known as “The Tiny Queen” by her legion of fans around the globe. Considering her small stature, Miyahara’s accomplishments are nothing short of phenomenal. With just a bit more power in her legs, one can only wonder what she might have achieved.

Ice Time vividly remembers Miyahara’s epic effort to make the podium in Pyeongchang, where she came up just short despite two beautiful programs.

From her days as a junior, Miyahara’s line and edge were always exquisite. She was the No. 1-ranked skater in the world during the 2015-16 season.

“Since the last Nationals, I had been thinking a lot about my career,” Miyahara wrote on Instagram on her 24th birthday. “I dedicated all of my power and mentality (especially this year) to figure skating. Last year [2021] I ended competing (at) Nationals with huge fulfillment. Therefore I decided to retire from competing.”

Added Miyahara, “I have no regrets. And, I have a lot of dreams for my next step.”

In an exclusive interview with Ice Time conducted via email, Miyahara’s longtime choreographer Lori Nichol detailed what made the Kyoto native special. The World Figure Skating Hall of Fame member has set up at least one program for Miyahara every season since the 2013-14 campaign, which was her second as a senior skater.

“From the beginning Satoko was always a big pleasure, a treat to work with!” Nichol noted. “Satoko is very respectful and hardworking, her shyness [is] in part an echo of (American spiritual teacher) Ram Dass’ adage, ‘The quieter you become, the more you can hear.’ ”

Nichol cited Miyahara’s ability to comprehend and execute programs as being mutually beneficial.

“Satoko didn’t want to miss a word, a movement, a feeling, and was always intensely focused,” Nichol recalled. “Satoko was always committed 100 percent. I often stood in awe (and deeply grateful) of her devotion.

“While I believe it is part of a teacher’s work to provide a safe non-judgmental environment for the skater, Satoko’s judgment-free character gave me freedom and space to create,” Nichol mentioned. “I’m so grateful Satoko always kept the original choreography: the technical and physical needs are numerous and intense for everyone so it is a rare moment to see my full vision come to life.”

Nichol, who choreographed both programs this season for Olympic and world silver medalist Yuma Kagiyama, described the process of how Miyahara’s music would be selected each season and some of their notable programs together.

“Each year (musical arranger) Lenore Kay and I would present Satoko with several choices of music and concepts, with the exception of Schindler’s List,” Nichol wrote. “Satoko saw John Bayless perform Schindler’s List live and it touched her very deeply. We worked through why she was so touched and the goal became to express her sorrow for the atrocities and inspire human compassion.

“I loved every program for different reasons,” Nichol continued. “Song for the Little Sparrow because after weeks of research I came across the piece and had never heard it before. I imagined Satoko [skating] to it right away, and when I found out (French singer) Edith Piaf’s height [142 cm, under 5 feet] it was kismet!”

Nichol recounted a humorous moment related to the music.

“One of my favorite moments is Satoko upon hearing the piece, and about Edith Piaf, she exclaimed, ‘Finally I am taller than someone!’ ”

Nichol pointed out that the program highlighted one of Miyahara’s best skills.

“I also loved the piece because it inspired high speeds and Satoko is a true master,” Nichol recalled.

“I wanted people feeling, ‘Wow, how did she get that speed, I hardly saw her pushing?’ ”

“I loved Memoirs of a Geisha. It’s simply one of my all-time favorite soundtracks,” Nichol wrote. “Satoko embraced the character and the music, there was space to show her precision, her quality. Those are just a few of many stories, I could write a book [about] why I loved her programs equally.”

Nichol noted that Miyahara’s jump layouts were a communal effort.

“The jump order and patterns are requested by the coaches and if I see something else we all, including Satoko, discuss what is best overall,” Nichol detailed.

When Ice Time asked if there was one program in particular of Miyahara’s that was her favorite, Nichol said she could not narrow it down to just one.

I wanted to know if there was a skater from the past that Nichol would compare Miyahara to.

“Satoko is very distinctly her own style,” Nichol responded. “However, I find similarities to Carolina Kostner, who also was very respectful, very committed to refinement, true emotion, and quality.”

In her comments since announcing her retirement, Miyahara has mentioned that she is interested in entering the medical field. Both of Miyahara’s parents are doctors.

Nichol believes that Miyahara’s drive and dedication will see her succeed in whatever endeavor she decides to take on next.

“Satoko’s intelligence, work ethic, and pure soul will make her a success in whatever she chooses to do, and lucky are all those who work alongside her, or for her, and with her,” Nichol wrote.

Nichol told Ice Time that Miyahara, who began skating at the age of 5 when her family lived in Houston, is a fine example for skaters to emulate.

“Satoko is a great example to emulate, but not just for the young,” Nichol replied. “I have even shown Satoko as an example for (China’s Olympic gold medal pair team of) Wenjing Sui/Cong Han and Yuma.”

The International Skating Union announced on April 2 that next season’s Junior Grand Prix originally scheduled for Zagreb, Croatia, will be relocated to Grenoble, France, and run from September 28-October 1. The Croatian Skating Federation informed the ISU in March that it would be unable to hold the competition as planned.

Grenoble, which held the Internationaux de France this past season, was the host city for the 1968 Winter Olympics.