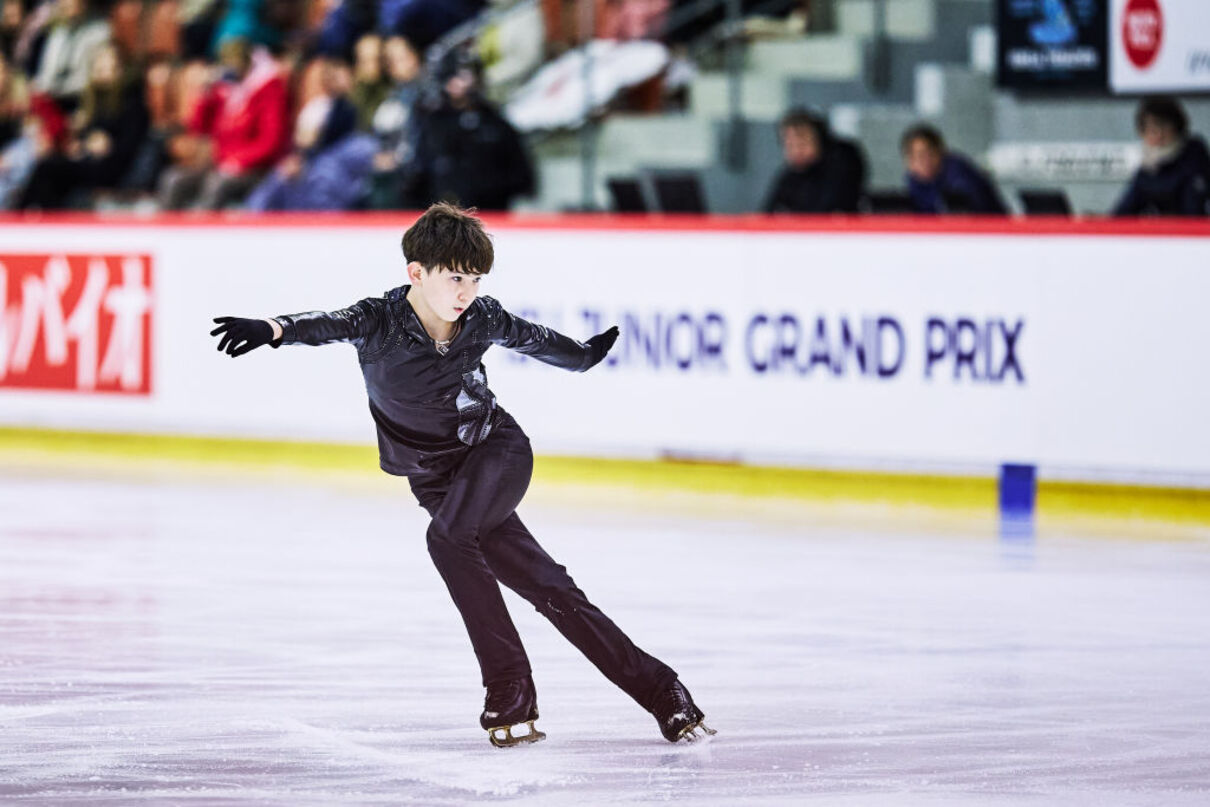 Rio Nakata competes in the men's free skate at the Junior Grand Prix event in Riga, Latvia, on September 10. (ⒸISU)

Japan’s strong start to the Junior Grand Prix season continued over the weekend as Rio Nakata and Ami Nakai both made the podium in Riga, Latvia. Nakata placed second in the men’s event on Saturday, September 10, while Nakai came in third in the women’s competition on the previous day.

The results were impressive as both Nakata and Nakai were making their JGP debuts.

Nakata, who turned 14 on the day of the short program on September 8, finished with a total score of 200.17 points. Italy’s Nikolaj Memola took the title with 225.76, while Kazakhstan’s Rakhat Bralin was third on 199.38.

It is worth noting that Memola is much more experienced than Nakata. The Italian will turn 19 in November.