EDITORIAL | Queen Elizabeth II: Symbol of Stability and Unity in a Changing World 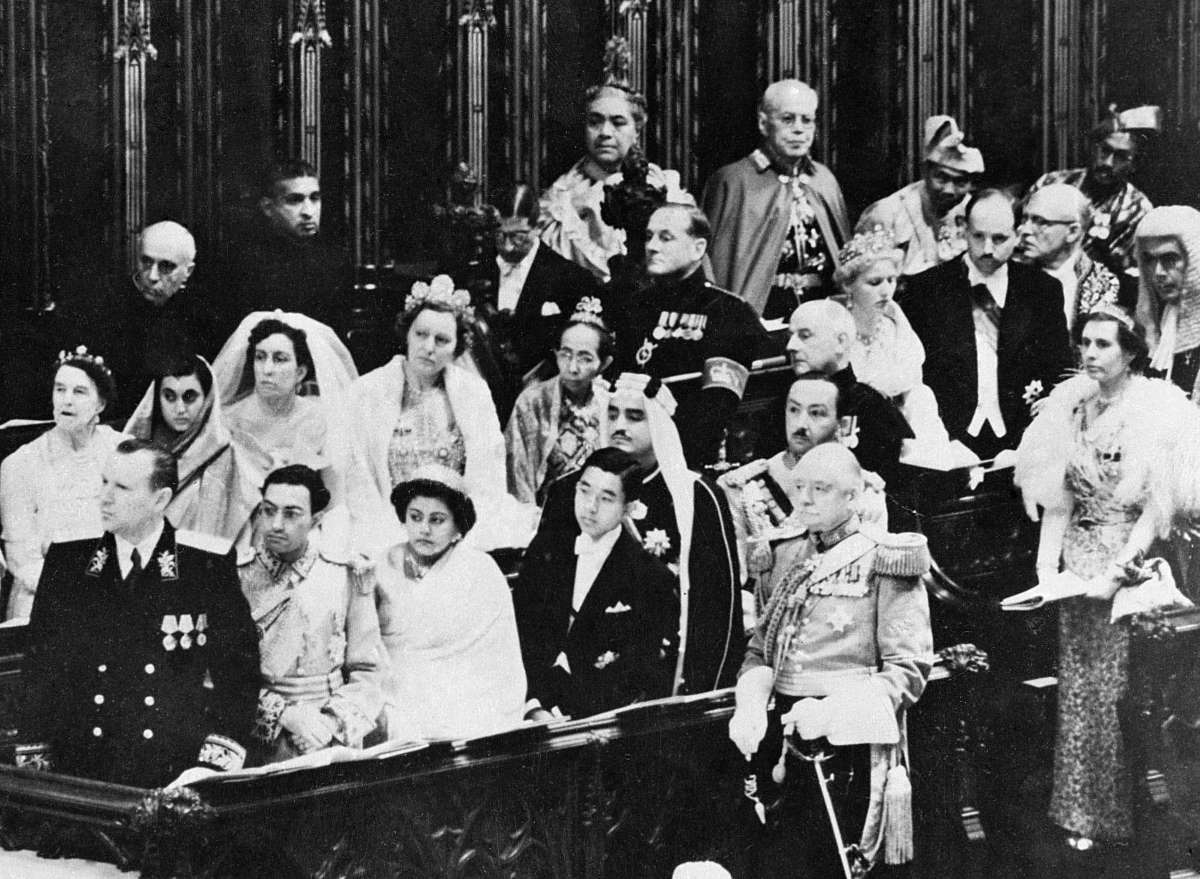 Emperor Emeritus Akihito, who was then Crown Prince, (fourth from the left in the front row) attending the coronation of Queen Elizabeth II at Westminster Abbey in London, June 1953 (Kyodo)

JAPAN Forward offers its deepest condolences to the British royal family and the people of the Commonwealth realms.

Crowned in 1952, Queen Elizabeth II served her country and people for 70 years. She continued her duties until the very end — the appointment of Liz Truss as the new prime minister of the United Kingdom became her last act of public service.

The Queen was deeply adored and revered by her people, her presence a symbol of stability and unity in a changing world.

From Winston Churchill to Truss, the Queen was served by 15 prime ministers. Although a constitutional monarch “reigns but does not rule,” he or she has the right to be consulted, the right to encourage, and the right to warn — which the Queen did during her weekly meetings with the prime minister, who would update her on government matters.

It is said that the Queen contributed to the dismantling of apartheid in South Africa, a former Commonwealth realm, through her quiet influence on the prime minister and the heads of state.

During the COVID-19 pandemic, the Queen encouraged her people in a televised speech. Indeed, whenever the United Kingdom faced a crisis, the Queen was the uniting force.

Her interactions with the Japanese imperial family also played a major role in promoting goodwill between Japan and the United Kingdom.

When Emperor Emeritus Akihito was 19 years old (at the time, he was Crown Prince), he attended the Queen’s coronation ceremony on behalf of his father, Emperor Hirohito.

It was during a time when the mutual image of Japan and the United Kingdom as former enemy nations lingered from World War II. But the British Queen and the Japanese Crown Prince watched the Derby together at the racecourse at Her Majesty’s invitation.

The state visits of Emperor Hirohito to the United Kingdom in 1971 and of the Queen to Japan in 1975 were also intended to mend the wounds of war. Before his accession, the current Emperor Naruhito also studied in the United Kingdom, which is a constitutional monarchy like Japan.

The relationship between the Japanese imperial family and the Queen’s royal family has formed the pillar of the postwar friendship between Japan and the United Kingdom.

Upon receiving the news of the Queen’s passing, Japanese Prime Minister Fumio Kishida said she “contributed significantly to the strengthening of Japan-United Kingdom relations.”

Representatives of the Japanese government and the imperial household are expected to attend the Queen’s funeral with the utmost civility.

In Scotland, the Queen’s presence had subdued smoldering disputes regarding its independence, which have been driven by issues such as the United Kingdom’s withdrawal from the European Union. Such a separation would diminish the United Kingdom’s national power and have a serious impact on global security.

The tremendous duty of uniting the nation, which had once been the Queen’s, must now be upheld by the new King.