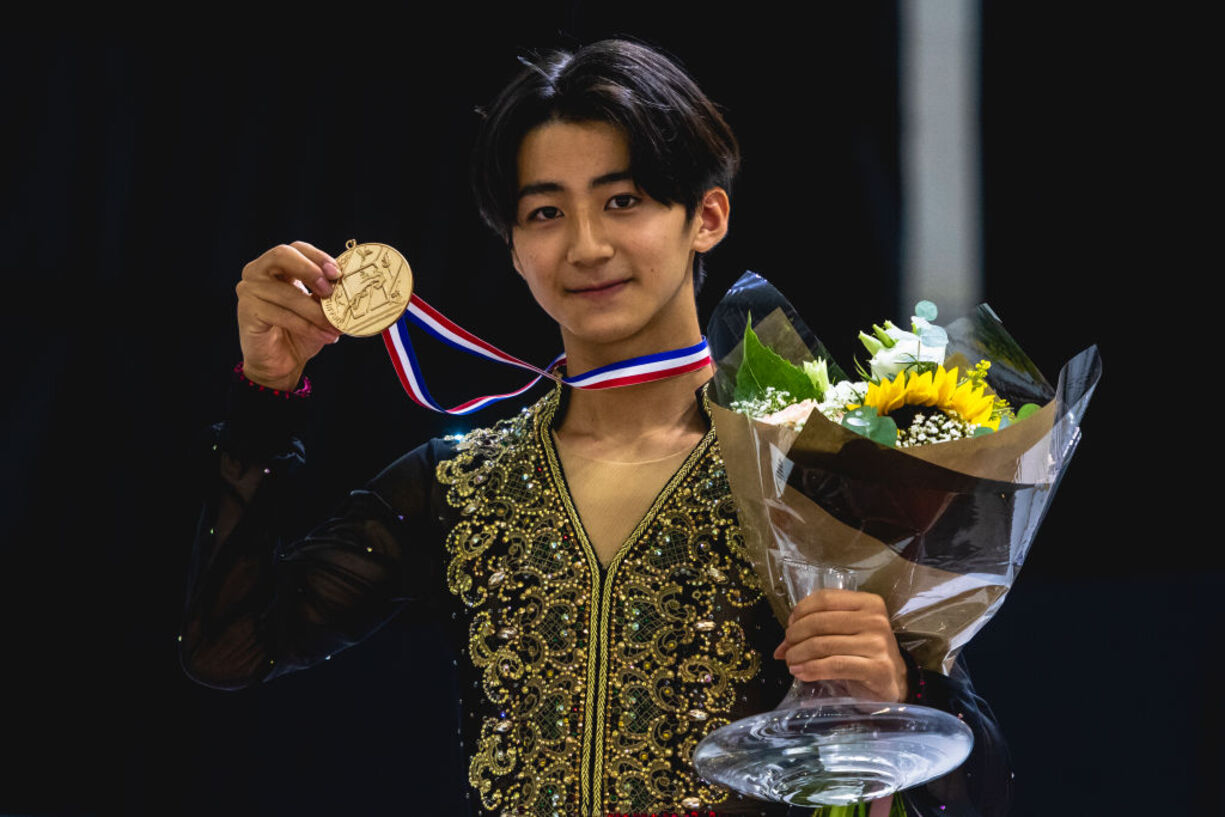 Shunsuke Nakamura poses with his gold medal after the Junior Grand Prix event in Courchevel, France, on August 27. (ⒸISU)

It was a banner start for Japan at the opening Junior Grand Prix of the season in Courchevel, France, last weekend. Behind Shunsuke Nakamura and Hana Yoshida, the Hinomaru won both the men’s and women’s singles titles and captured four of the six medals on offer in the events held from August 24-27.

Ayumi Shibayama, who led after the short program, earned the silver behind Yoshida, while Ryoga Morimoto claimed the bronze to share the podium with his training partner and friend Nakamura.

The achievements by the Japanese skaters, who are all coached by Mie Hamada, were especially noteworthy, as Japan was competing on the JGP circuit for the first time since 2019 in the wake of the pandemic and all four were making their JGP debuts.

The 17-year-old Nakamura looked especially sharp for this early in the season, as he led all the way to capture the crown with a total score of 219.65 points. South Korea’s Younghyun Cha came in second at 196.15, while Morimoto took third on 188.66.