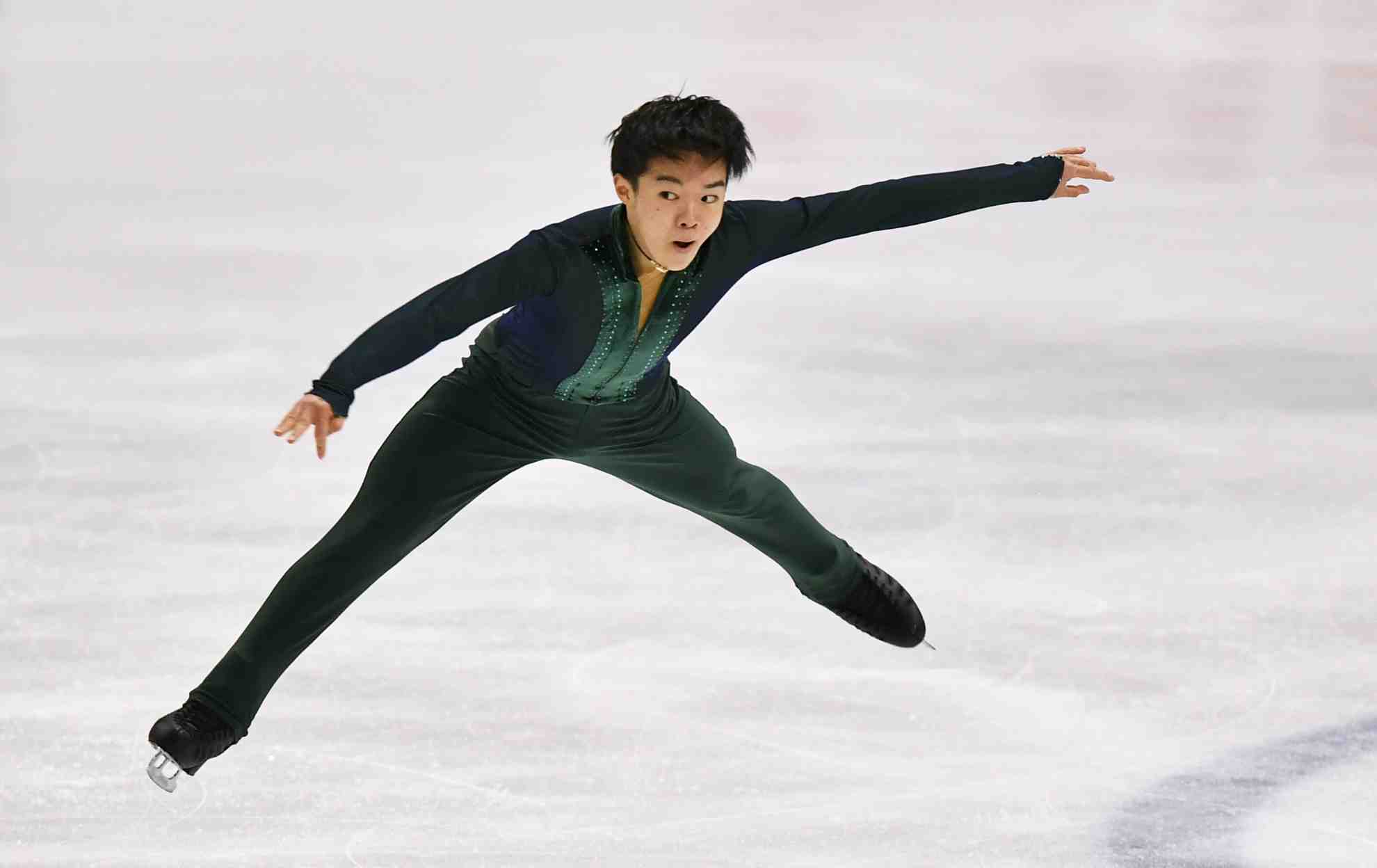 Yuma Kagiyama, seen at the 2021 World Figure Skating Championships, benefitted from past opportunities to compete on the Junior Grand Prix circuit. (Martin Meissner/AP)

Just when it seemed like things were turning the corner and the skating world was on the way back to a sense of normalcy, one day has proven otherwise.

The Japan Skating Federation held a board meeting on Wednesday, June 23, and in its infinite wisdom decided that it would not be sending skaters to the first three Junior Grand Prix of the coming season over concerns about COVID-19.

This move is wrong on so many levels, I almost don’t know where to start.

First off, the JGP season does not begin for two more months (August 18 in Courchevel, France). In that time, they could surely have the young skaters and officials traveling with them vaccinated for the virus, if they really wanted to.

Second, in case you have forgotten, the entire JGP campaign plus the junior world championships were canceled last season. All of the juniors, including Japan’s, got no international experience at all.

Third, is the JSF taking into account that Russia, the United States, and other countries will not be pulling their young skaters from the JGP?

There seems to be a real disconnect here. You don’t have to be a genius to see how Japan’s female skaters have fallen behind Russia’s in the past few years. Restricting the number of events the Japanese juniors can compete in this season is only going to exacerbate the problem.

The JSF must think that Yuzuru Hanyu and Shoma Uno are going to skate forever.

Yes, Yuma Kagiyama and Shun Sato have great promise for the future, but what about after them?

If the JSF is not going to send the juniors to the first three JGPs, what is to stop them from skipping the entire JGP season?

That would mean the juniors will have missed two entire seasons. Not exactly the way to stay relevant on the world stage.

The JSF will say the decision is all about safety, but that doesn’t wash with me. This is all about nobody wanting to take responsibility in case somebody actually tests positive. It is the easy way out. Just kick the can down the road for a couple of more months and then maybe everything will be alright.

Data has shown that young people are much less likely to catch the virus and suffer from it if they do. But here we are, on the brink of impacting another season over irrational fears, as vaccinations are progressing around the globe.

ISU JP announcer Ted Barton gave his analysis to Ice Time on the move by the JSF.

“I think they are simply putting health over sport for the moment and monitoring the world situation,” Barton wrote in an email. “It is not the wrong thing to do. It is for the athlete and family. Skating is on its way back but at different speeds for different countries.”

At the same time the JSF announced the decision on the first three JGPs, it also stated that it will be sending skaters to all of the senior GP events. That is a real head-scratcher.

The third JGP is scheduled for September 1-4 in Kosice, Slovakia, while the first senior GP is slated for October 22-24 in Las Vegas.

In the space of six weeks is the situation with the pandemic going to change markedly?

Last summer the JSF canceled the annual training camp for juniors in late July, just days before it was to start. I can see the same thing happening again.

There just doesn’t seem to be a priority placed on the juniors by the JSF.

Imagine if Yuzu and Shoma, who were both world junior champions, had been forced to miss several international events as juniors.

There is an old adage in sports: “You either get better or you get worse. You never stay the same. And if you stay the same, you are getting worse.”

The JSF needs to give Japan’s juniors as much international experience as possible. Doing the opposite will only stunt their ability to succeed in the coming years.

Not to be outdone by the JSF, Skate Canada went one better when it revealed Wednesday that it would cancel the second stop on the upcoming JGP, scheduled for August 25-28 in Edmonton, Alberta, over concerns about international travel and the virus. The event will now be held in Courchevel instead, giving France two JGPs in a row.

The organization, which last season canceled the JGP scheduled for British Columbia, the Autumn Classic International, Skate Canada, and the Canadian nationals in a clean sweep, appears to be headed down the same path again.

“It’s a difficult decision to cancel the 2021 ISU Junior Grand Prix of Figure Skating Canada for the second consecutive year,” said Debra Armstrong, CEO of Skate Canada in a statement. “We know brighter days for our skating community are ahead and look forward to a prosperous season for our athletes.”

Talk about hollow platitudes. Give me a break.

Earlier this year, legendary choreographer David Wilson blasted Skate Canada for canceling its nationals in an exclusive story for JAPAN Forward. The skating federation responded with a public statement defending itself.

Wilson took issue with Canada hosting the World Junior Ice Hockey Championships shortly before calling off its own skating nationals. Wilson, who has worked with Olympic champions like Hanyu and Yuna Kim, was especially upset with how hockey appeared to be prioritized over skating and rightly so.

In August, guess who is scheduled to host the Women’s Ice Hockey World Championships?

You got it ー Canada.

Calgary, Alberta, will be the site of the event from August 20-31.

What an absolutely disgraceful decision.

After the Skate Canada GP was nixed last season, I spoke to a veteran Canada print journalist who was outraged by the decision. The individual said to me, “I think Skate Canada should be stripped of any future GPs until it gets its act together.”