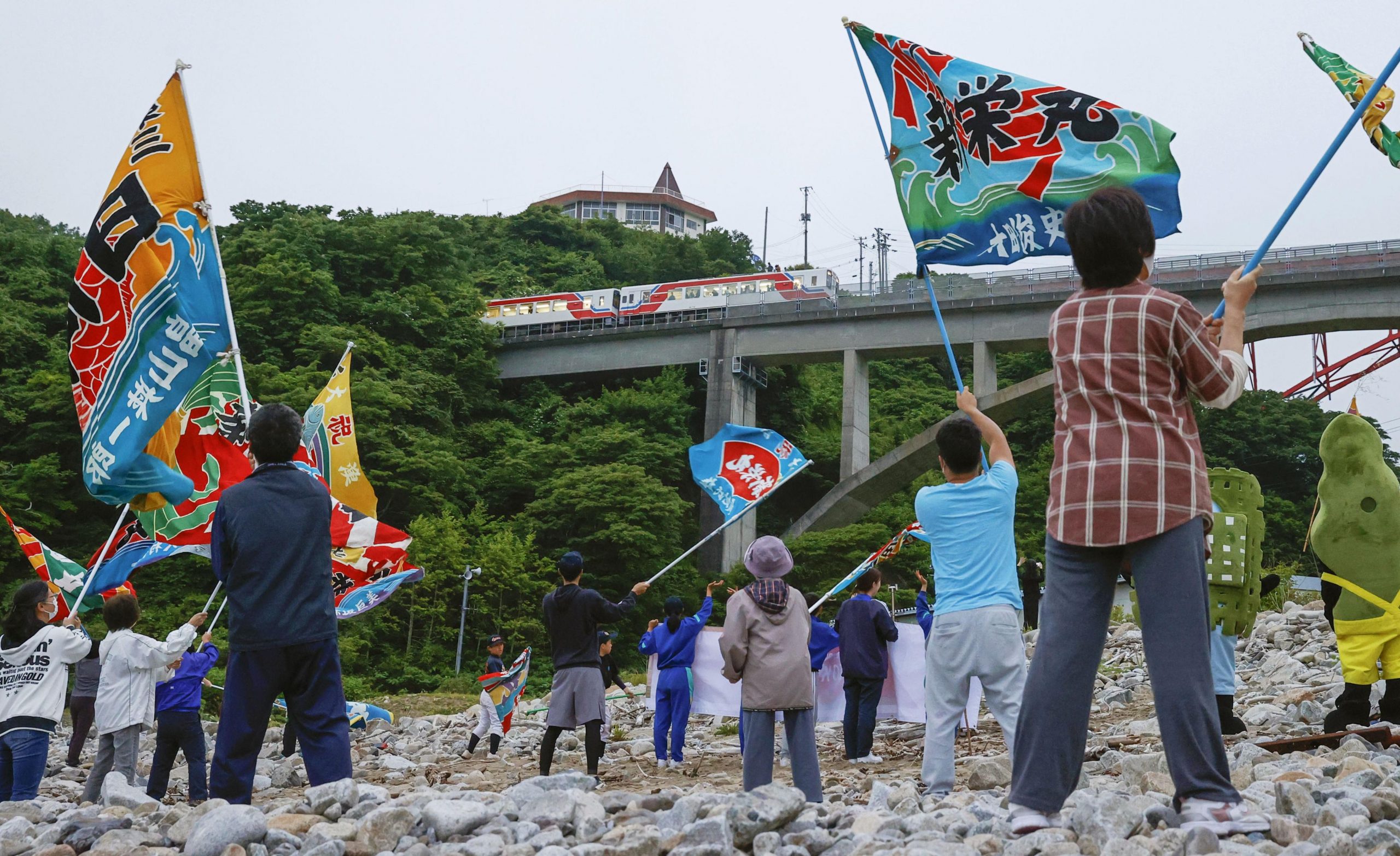 Slowly and surely, the path towards the Tokyo 2020 Olympics and Paralympics is moving closer to the Opening Ceremony for the Games.

The Olympic flame of the torch relay arrived in Iwate Prefecture on June 16. After the torch started its path in March 2021 at Fukushima, Northeastern Japan, the region affected by the Great East Japan Earthquake, the flame traveled all around the country.

With its return to Iwate, the flame is doing one last loop in the region devastated by the earthquake and tsunami of ten years ago in 2011, before heading to Tokyo in time for the Opening Ceremony of the Games on July 23.

And in Iwate, the flame took an interesting turn in its travels. In order for the torch to travel from the inland part of the prefecture to the coastline, it was decided to have the torch relay runners ride the Sanriku Railway.

For many locals it was a particularly moving moment, as the trainline suffered extensive damage in the earthquake and tsunami of March 2011. At the time, several station buildings were also destroyed, and although parts of the train line gradually restarted, the Sanriku Railway only resumed full operation in 2019, eight years after the disaster.

On June 16, the train transported the flame from Fudai to Tofugaurakaigan, two small stations located along the coastline of Iwate Prefecture, about 18 kilometers apart.

The flame was put in the first carriage of the train leaving Fudai station at about half past six on June 16. As the train crossed the bridge from Fudai station, at a place called called Ozawa Kyouryu (大沢橋梁), twenty locals could be seen below cheering-on the passing carriage.

A woman in her 30s who was present said gleefully: “I think I saw the Olympic flame inside the train!”

I was too caught up in capturing the moment with a wide-angle lens so I couldn’t see the flame myself, but the many journalists who were present on the train confirmed the presence of the torch.

The Sanrikyu Railway, which was once the symbol of destruction suffered in 2011, has now become a symbol of hope and recovery.