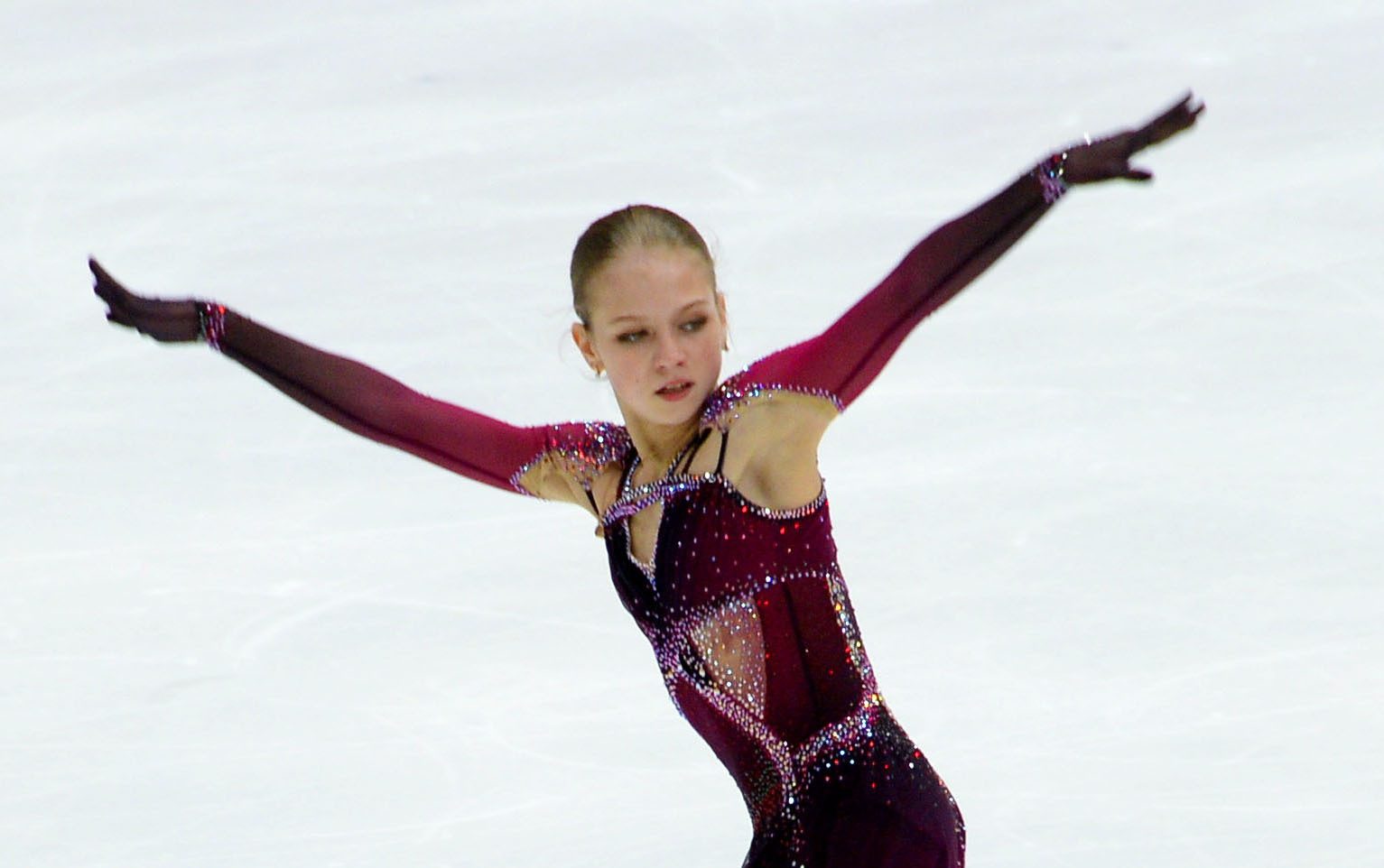 Rare is it these days that a book on figure skating in English comes along. Rarer still is one that profiles a Russian skater.

But that is what the recent release of “The Girl Who Defies Gravity” by author Elena Zotova delivers in a fascinating profile of current world bronze medalist Alexandra Trusova. The 188-page tome, which is available on Amazon in both paperback and digital form, was translated from the best-selling Russian original and provides an insightful look into Russian skating.

The 16-year-old Trusova, who hails from the town of Ryazan in Western Russia, has been nothing short of an incredible phenomenon in skating since she burst on the scene four years ago. On the way to winning the world junior championship twice, Trusova, whose nickname is “Sasha,” became the first female skater to land the quad lutz, quad flip and quad toe loop, while setting several world records.

Zotova first became intrigued by Trusova after seeing her skate in a competition on TV. Zotova then set about trying to learn everything she could about the young star before embarking on a journey to write about her.

The book begins with Trusova’s early life in Ryazan, a city of about 500,000 located approximately 200 kilometers from Moscow, and discusses her initial love of roller skating before she ultimately transitions to figure skating, and continues on to the present day and Trusova’s intention to someday executive five quads in a single program.

Much as Robert Whiting’s 1989 book “You Gotta Have Wa” revealed Japanese culture through baseball, Zotova does the same with Russian skating, putting particular emphasis on the family unit within the country.

Zotova includes extensive interviews with not only Trusova, but her mother Svetlana and father Vyacheslav. Their memories of Trusova’s growth from her first days on the ice in a rural city, to becoming a member of star coach Eteri Tutberidze’s Sambo-70 team, are particularly noteworthy.

Readers will find praise for Yuzuru Hanyu, Japanese fans and designer Satomi Ito in the book as well.

“Yuzuru Hanyu’s fans follow him to every competition and fill the stands anywhere in the world,” Zotova writes. “No wonder! Perhaps there’s no other figure skater in modern men’s singles skating as charismatic as he is.”

In an exclusive interview with Ice Time, Zotova discussed the motivation behind writing “The Girl Who Defies Gravity” and the reception the book has received thus far.

“As an author, I’m always trying to find in the world among us real stories that at the same time have that Hollywood-like feel, the stories that don’t leave people indifferent,” Zotova stated. “And that’s exactly the case with Sasha’s story.”

Zotova cited Sylvester Stallone’s character in the movie “Rocky” as a comparison to the rise of Trusova.

“Think of a movie like ‘Rocky’ but with a small, fragile girl from Ryazan as the main hero,” Zotova comments. “And it’s not a fairy tale, not a story from long ago. It’s the reality that is taking place right now, in front of us!”

Zotova detailed the process behind the writing of the book for Ice Time.

“The work on the book took more than half a year. I met the coaches, choreographers and costume designer Olga Ryabenko,” Zotova remarked. “This book was intended to become not only Sasha’s biography but also a window to the world of modern Russian figure skating.

“A kind of book that would tell how talented children move from their hometowns to the capital sports clubs and what they should expect, how Russian children manage to balance between their sports career and everyday life of a teenager; it would go about their families, their school life, their friends and hobbies.”


A Growing Fan Base in Japan

Within days of the release of the book on Amazon last month, Zotova was contacted by a Japanese reader who wanted to create a fan club here for Trusova. Sasha gave it the thumbs-up and those interested can now get more information about it on Twitter @sashajapanfc.

Even better news for Japanese skating fans is that there is a Japanese version of “The Girl Who Defies Gravity” in the works. Zotova’s idea to publish the Russian book on Trusova in English is on the cusp of becoming something even bigger ー a movie ー she says.

“Shortly after the release of the English version of the book on Amazon, I was contacted by two American producers who wanted to purchase the story about Alexandra for film adaptation,” Zotova said.

“If the movie idea works out well, it’ll spread the love of figure skating to hundreds of millions,” Zotova stated. “Because her biography is not about skates and jumps; it’s the story about finding your strong side, struggling against the stream and doing it in your own unique way, and becoming the one to be followed ー the kind of story people love the most.”