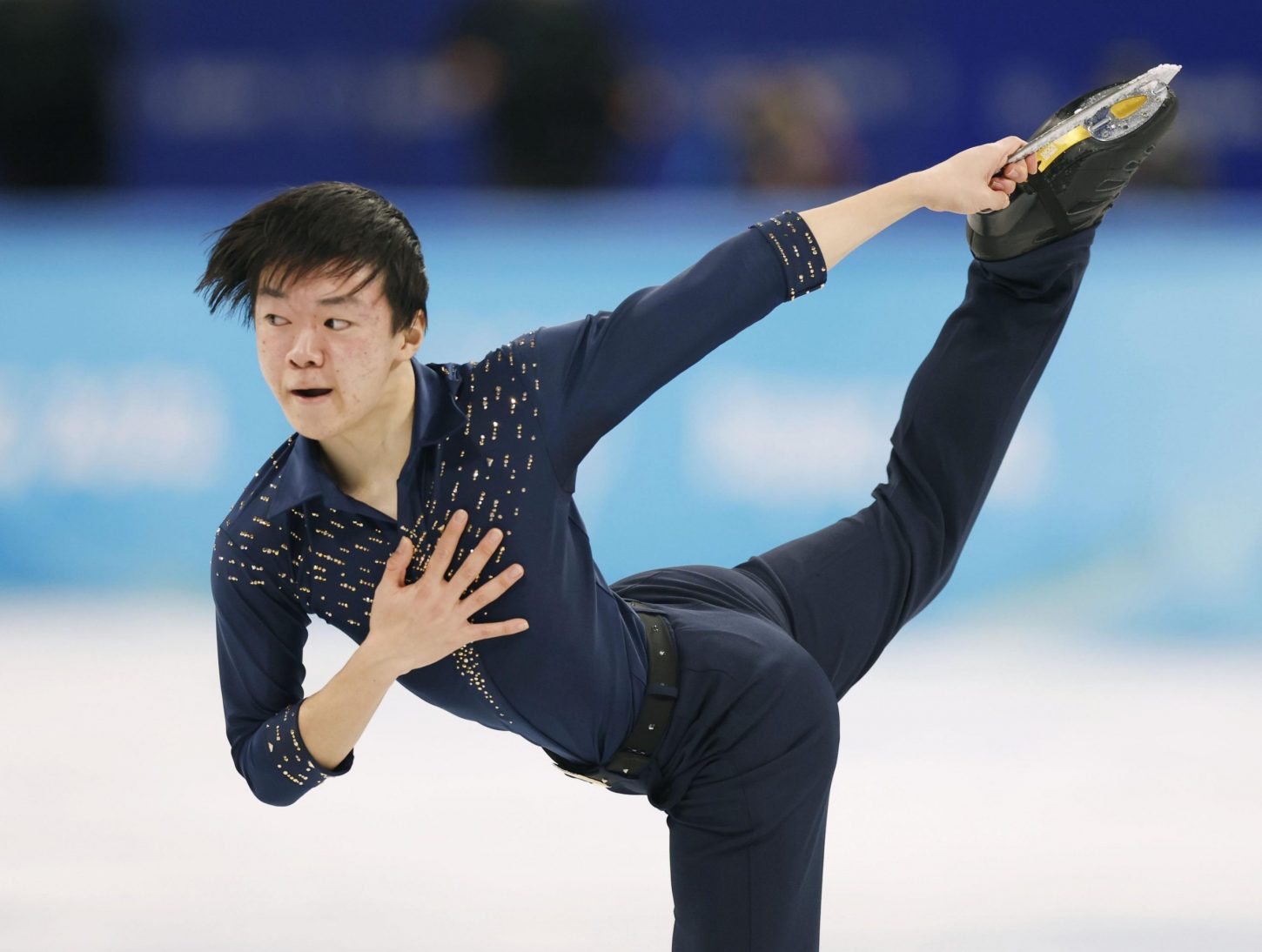 Yuma Kagiyama made his Olympic debut in February.

Nathan Chen’s withdrawal from next week’s world championships in Montpellier, France, on Wednesday, March 16 has opened the door for Japan to win both of the singles gold medals at the competition for just the third time.

Chen, the Olympic gold medalist in Beijing last month, pulled out with what is believed to be a lingering hip injury. The three-time world champion had been on track to become the first American since Scott Hamilton (1981-84) to capture four consecutive world titles.

The first inkling that something might be up with Chen came on Tuesday, when a conference call he was scheduled to be on with media was canceled just 30 minutes before it was to begin. Olympic champions have been known to skip the worlds after winning the gold, due to media and sponsor obligations, but Chen seemed intent on competing up until the last minute.

With Chen out of the picture, Beijing silver medalist Yuma Kagiyama becomes the favorite to top the podium in France. A victory there would continue the 18-year-old’s phenomenal ascendancy. In two short years, Kagiyama has gone from Japan junior champion to Youth Olympic titlist to Olympic medalist.

On the women’s side, with the Russian skaters banned from competing by the International Skating Union over the invasion of Ukraine, Kaori Sakamoto, the Olympic bronze medalist in February in Beijing, is now in the driver’s seat to capture her first world crown.

Daisuke Takahashi and Mao Asada were the first two skaters to sweep both singles titles for Japan when they accomplished the feat at the 2010 worlds in Turin, Italy. Yuzuru Hanyu and Mao repeated the achievement at the 2014 worlds in Saitama.

Russia claimed three of the top four places in Beijing via gold medalist Anna Shcherbakova, silver medalist Alexandra Trusova and fourth-place finisher Kamila Valieva. With those three removed from the equation, Japan has a very good chance to win four singles medals in Montpellier, which would mark its most ever at the worlds.

With Kagiyama, Beijing bronze medalist Shoma Uno, Sakamoto and Wakaba Higuchi, who came in fifth at the Olympics, the Hinomaru could feature very prominently at the medal ceremony for singles in France.

With Hanyu withdrawing from the worlds due to his right ankle injury, Japan junior champion Kao Miura was scheduled to take his place on the team. In a strange twist, Miura was going to skate first in the senior worlds, then again next month in the postponed and relocated world junior championships in Tallinn, Estonia.

The world juniors were moved from Sofia, Bulgaria, last month by the ISU due to ongoing concerns about the Omicron variant of COVID-19 in the country.

However, the Japan Skating Federation announced on Thursday afternoon that Miura had suffered an injury to his left quadriceps on Tuesday and would be replaced on the team for France by Kazuki Tomono. Miura said in a statement that he is still hoping to compete in the world juniors.

Mana Kawabe, the third member of the women’s squad at the Olympics, will back up Sakamoto and Higuchi again at the worlds.

The pairs team of Riku Miura and Ryuichi Kihara, who came in seventh at the Olympics, will also be in medal contention at the worlds with gold medalists Wenjing Sui and Cong Han and the rest of the Chinese contingent skipping the event.

There is sure to be great interest in ice dance, as Takahashi and Kana Muramoto take part in their first worlds together.

Based on the list of entrants reviewed by Ice Time, Japan has a very good chance to go 1-2 in both the senior men and women’s competitions.

German champion Aya Hatakawa, whose parents are from Japan, has been forced to withdraw from the Coupe Du Printemps with a case of tonsillitis.

Some encouraging news emerged earlier this week, when plans for a new ice rink in Tachikawa were first revealed on Twitter by a follower who keeps track of patents. The Mao Rink Tachikawa Tachihi is scheduled to be completed in the fall of 2024. Japan can always use new rinks, as getting ice time in the country to train is a continual problem for skaters.

Tachihi Holdings, whose core business is real estate, is the company that will be constructing the rink that will feature the name of the three-time world champion and 2010 Vancouver Olympic silver medalist. Mao, who is now 31, retired from competition in 2017. She has skated in more than 200 shows in rural areas over the past few years on her Mao Thanks Tour.

It is unclear at this point exactly what role Mao will have at the rink. She could be a part-owner, director or coach. Maybe all three.

IMG’s Mariko Wada, Mao’s longtime agent, did not respond to an email from Ice Time seeking clarification on just what Mao’s position would be.

Mihoko Higuchi, the longtime assistant to legendary coach Machiko Yamada, announced on Twitter this week that she is leaving to form her own skating club in Nagoya to be known as LYS (Let Yourself Shine). Higuchi was perhaps most known for her work over the years with Uno.

In a message posted on the LYS website, Higuchi paid tribute to Yamada, who she quoted as saying, “I want you not only to improve your skills and humanity, but also to bring out the abilities of each skater and make them shine like that person.”

Higuchi displayed her gratitude for her long association with Yamada, who has coached the likes of Midori Ito, Mao, Yukari Nakano and Mako Yamashita, along with many others over the years.

“I am so grateful to coach Machiko Yamada, my teacher who took care of me. I would like to be a club that can enhance the figure skating world,” Higuchi wrote.