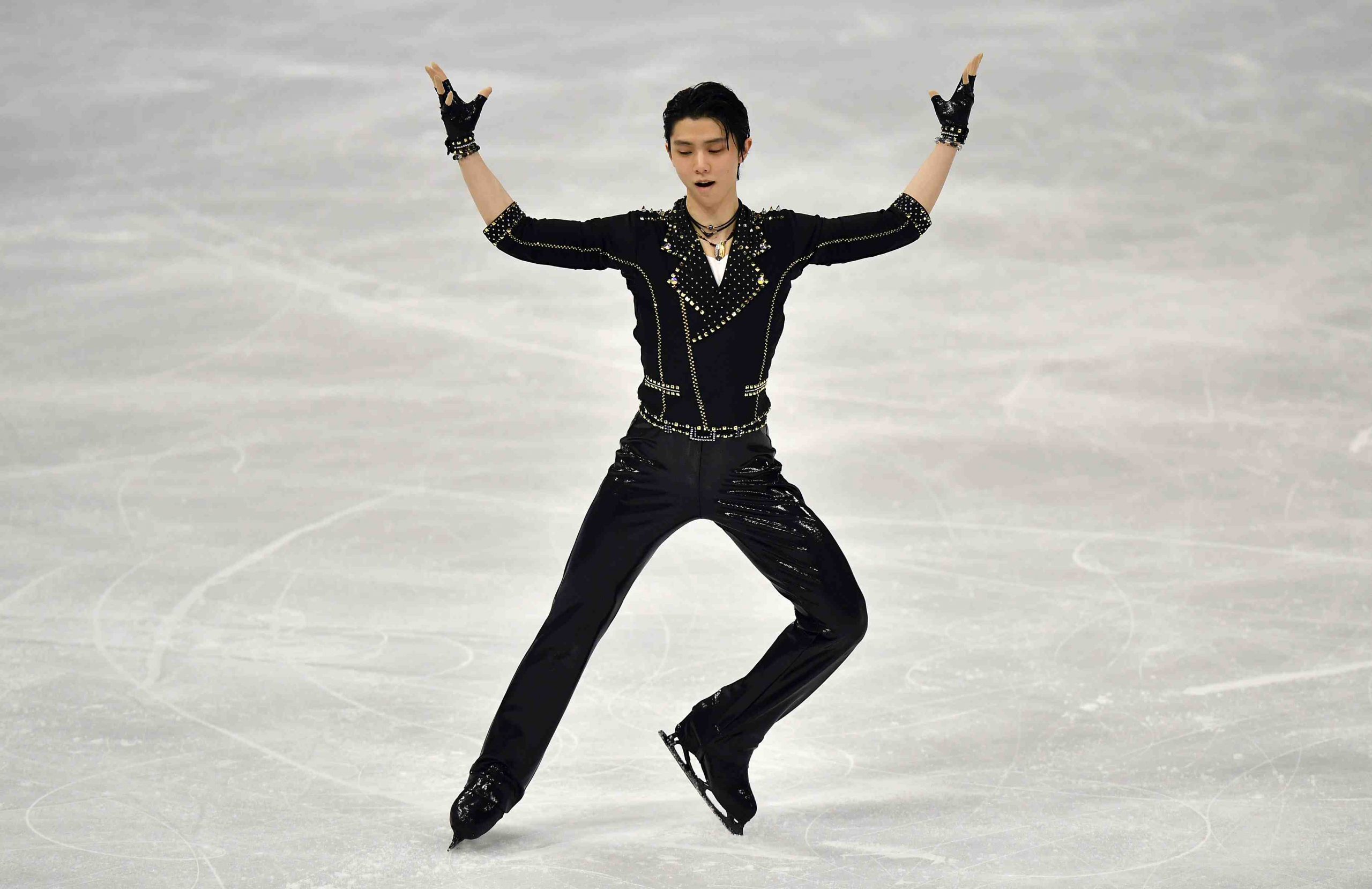 Yuzuru Hanyu performs during the men's short program at the World Figure Skating Championships in Stockholm on March 25. (Martin Meissner/AP)

OSAKA ー Two-time Olympic champion Yuzuru Hanyu will have a chance to exact revenge on archrival and three-time world titlist Nathan Chen of the United States when the World Team Trophy begins on Thursday here.

Chen bested Hanyu at last month’s world championships in Sweden, where Hanyu finished a surprising third behind compatriot Yuma Kagiyama, and will look to extend his unbeaten streak since the 2018 Pyeongchang Games.

The World Team Trophy is staged in Japan every two years and pits the top six countries in the world (Japan, Russia, USA, Canada, France, Italy) against each other. China qualified but elected not to participate and was replaced by France. Each nation fields two skaters in singles and one team in pairs and ice dance, with points awarded by final placements.

Led by Chen, the U.S. won the 2019 World Team Trophy in Fukuoka, where Hanyu did not compete. The U.S. has won the competition four times, while Japan has triumphed twice since its inception in 2009.

Hanyu went into the worlds in Stockholm with high hopes, coming off his spectacular showing at the Japan Championships in Nagano in December, where he won his fifth national title. But after holding an eight-point lead over Chen after the short program, Hanyu faltered in the free skate and had to settle for the bronze medal, as Chen rallied with a phenomenal performance to the podium for the third straight worlds.

With the World Team Trophy being the final event before the Olympic season begins in the fall, the 26-year-old Hanyu will have another chance to end Chen’s victory streak and establish himself as the favorite heading into the 2022 Beijing Games. The superstar blamed over-training in part for his result in Sweden, and will surely be glad for the opportunity to battle the 21-year-old Chen again.

This may be a team competition, but everybody knows there is a lot more at stake individually. The same goes for the women’s discipline, where two-time Japan champion Rika Kihira, who was a disappointing seventh at the worlds, will get another shot against new world champion Anna Shcherbakova of Russia.

Kihira was just two points behind Shcherbakova following the short program in Sweden, but came undone in the free skate and tumbled down the final standings. A win here for Kihira would do a lot for her confidence and help silence doubters.

In the men’s field, Hanyu will be joined by Pyeongchang silver medalist Shoma Uno, who came in fourth at the worlds, while Chen’s teammate will be Jason Brown. Other top skaters will include Russia’s Mikhail Kolyada, France’s Kevin Aymoz, Italy’s Daniel Grassl, and Canada’s Roman Sadovsky.

Kihira will be supported by Kaori Sakamoto, while Shcherbakova will be backed up by world silver medalist Elizaveta Tuktamysheva, a popular figure amongst Japanese skating fans. Other notable names in the women’s event will include Americans Karen Chen, who was fourth at the worlds, and Bradie Tennell, and Canada’s Gabrielle Daleman.

Riku Miura and Ryuichi Kihara will represent Japan in pairs after finishing a respectable 10th at the worlds. Misato Komatsubara and Tim Koleto will skate for the Hinomaru in ice dance.

The World Team Trophy will get underway on Thursday afternoon with the women’s and men’s short program.