What is a Chinese Destroyer Doing Off Japan’s Coast in the Tsushima Strait? 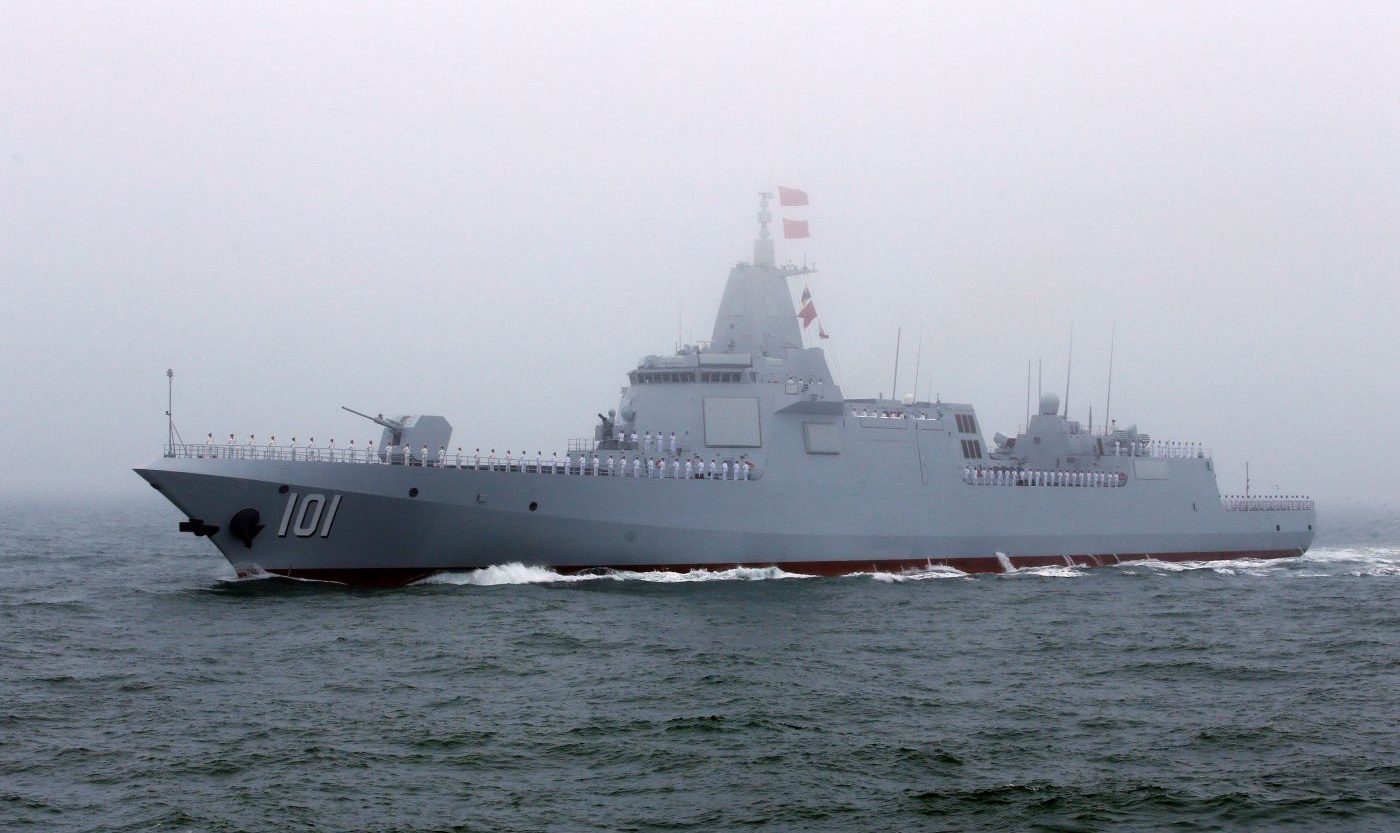 This marks a new phase in China’s psychological warfare against Japan and for Tokyo, this represents a new worry.

What Could it Mean?

Chinese naval strength has been on the ascendance and it is very worrying that it now has the biggest naval fleet worldwide in terms of numbers.

First, it means that China is hell-bent on trying out newer and more aggressive tactics as it seeks to increase its presence in the region. It also means that China may also be trying to test the response of the Biden Administration in the U.S.

Since taking office, although the Biden administration has acted tough when it comes to taking measures directed at China, it is yet to develop a coherent China strategy. That said, it must be pointed out that the U.S. Secretary of State Anthony Blinken and Secretary of Defense Lloyd Austin visited countries in the Indo-Pacific like Japan, South Korea and India, on their first official foreign travel after taking office.

Second, China has been on the backfoot on many fronts—whether it be the situation in Xinjiang, Hong Kong, or on the border against India. Hence, Beijing could have calculated that provoking Japan remains a low-cost option as it seeks to flex its military muscle before the world.

Third, it suggests that China is undertaking field trails of the Renhai-class destroyers and would like to test the responses of other countries in the region.

Beijing and the Xi Jinping administration seem particularly interested in testing the limits of the U.S.-Japan alliance, although the Biden Administration has made it clear that the U.S.-Japan Security Treaty includes the defense of the Senkakus. After the recent 2+2 talks between the U.S. and Japan, the two sides released a joint statement where they noted that:

The United States and Japan acknowledged that China’s behavior, where inconsistent with the existing international order, presents political, economic, military, and technological challenges to the Alliance and to the international community. The Ministers committed to opposing coercion and destabilizing behavior toward others in the region, which undermines the rules-based international system.

The sail through the Straits of Tsushima could be part of a bigger game plan as well. Earlier this month, a PLA Navy flotilla consisting of six warships passed through the Miyako Strait, a 250 km wide passageway that lies between Japan’s islands of Okinawa and Miyakojima, and headed towards the Pacific Ocean. The six warships included the aircraft carrier Liaoning, the Type 055 large destroyer Nanchang, the Type 052D destroyers Chengdu and Taiyuan, the Type 054A frigate Huanggang and the Type 901 comprehensive supply ship Hulunhu . Both the Nanchang and the Chengdu were also involved in the Strait of Tsushima sail through.

In response, the JMSDF has deployed a destroyer, the JS Suzutsuki, a P-1 maritime patrol aircraft, and P3C anti-submarine warfare patrol aircraft, to monitor its activities. Meanwhile, the U.S. aircraft carrier USS Theodore Roosevelt has also reached the region.

All these recent moves from China seem to be part of a bigger plan to put Japan on the defensive, particularly in the light of the upcoming meeting between Japanese Prime Minister Yoshihide Suga and his U.S. counterpart, President Joe Biden.

In addition, Japan is going to hold the Tokyo Olympics later this year and Beijing is aware that China’s presence will be important. Already North Korea has announced that it will not be sending a delegation to Japan for the Olympics, it says due to fears of exposing its athletes to COVID-19.

So what are the options open to Japan?

First, the obvious option is for Japan to coordinate its responses with those of its alliance partner, the U.S.. In addition, Japan should continue its collaboration with the Quad countries, and earlier this year, the heads of state of all the Quad countries met at a virtual conference.

Second, China has been developing naval vessels at an astoundingly fast rate. This means that Japan will need to increase its interoperability with friendly countries like India, Australia, France, Vietnam, and Indonesia, among others, besides its closest ally, the United States.

There is no denying that the PLA Navy’s rapid development of naval hardware has upset the military balance in the region. In addition, the PLA has also been on the offensive against countries like the Philippines.  The “maritime militia” — consisting of sophisticated Chinese fishing boats ー has been at the forefront of China’s aggressive moves against countries such as the Philippines and Vietnam.

It is worth mentioning here that earlier this year China passed a new law which allows its coast guard to use force against vessels which it deems to have illegally entered waters China defines as its own. This has increased the risk of conflict between China and Japan.

It is a given that Tokyo has to be prepared for new and hybrid forms of warfare in the days and months ahead. It seems that the Xi Jinping administration will not stop at anything to achieve its goals in the region.

In a welcome move, during the recent telephonic talks on April 5 between the Japanese Foreign Minister Toshimitsu Motegi and his Chinese counterpart Wang Yi, Tokyo clearly articulated its views, as Mr. Motegi said he has:

Clearly Tokyo has to take the bull by its horns.

Dr Rupakjyoti Borah is a Senior Research Fellow at the Japan Forum for Strategic Studies in Tokyo, Japan.