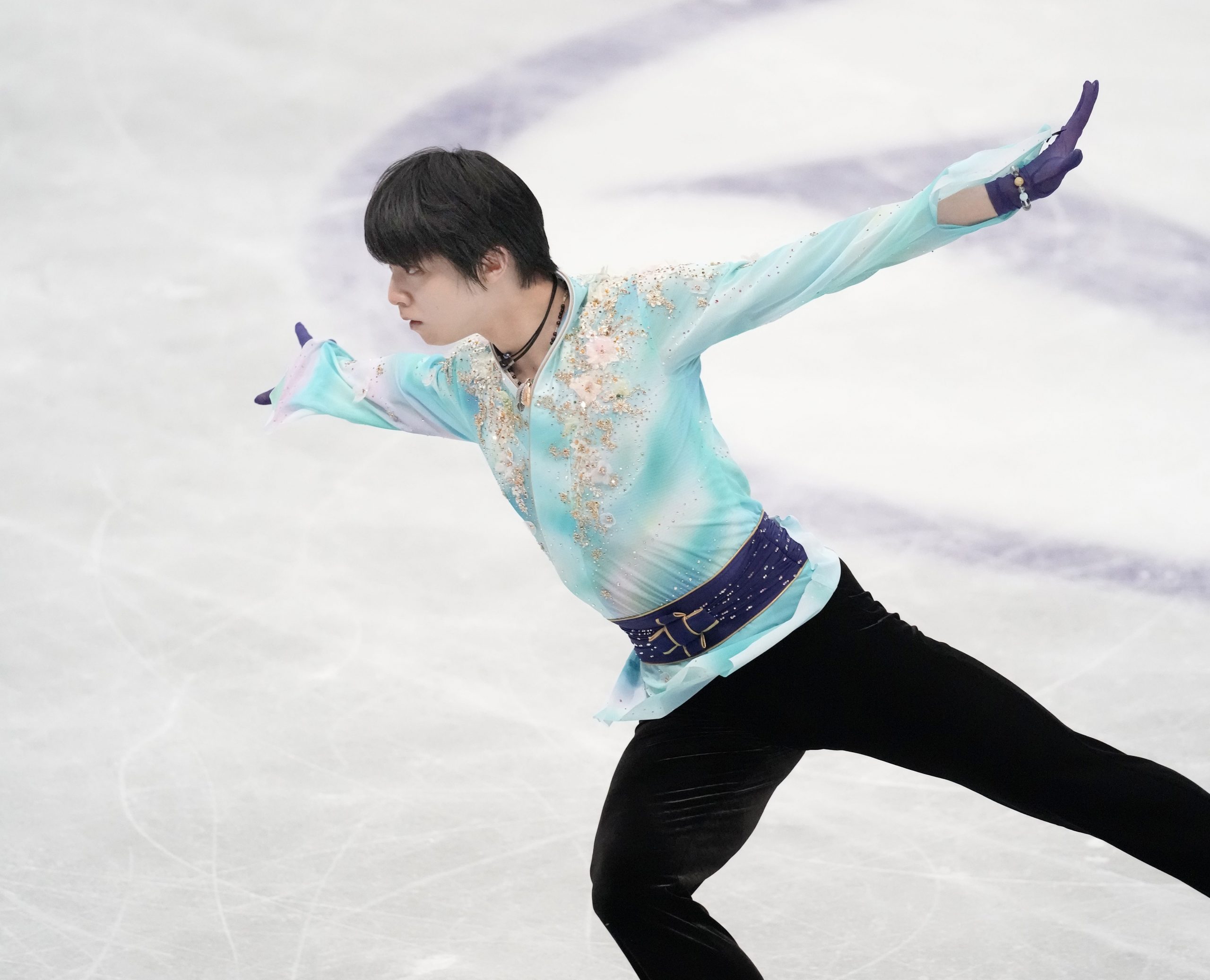 With the abbreviated season now finished, Ice Time has compiled a list of the top 10 best performances by Japanese skaters during the 2020-21 campaign.

After struggling with injuries for the previous two seasons, the two-time Olympic champion was finally fully healthy and concluded his season debut in stunning fashion with an incredible free skate to “Heaven and Earth” at Nagano’s Big Hat. Hanyu landed four clean quads in a performance that highlighted all of his many powers. He won his fifth Japan Championship and showed the skating world he was back at the top of his game. Watch the performance here.

The superstar took a sizable lead over compatriot Yuma Kagiyama and rival Nathan Chen with his performance to “Let Me Entertain You” and looked to be on his way to a third senior world title. Though the only audience in attendance at the Globe Arena was the other skaters participating in the worlds, Hanyu put forth a superb showing to the upbeat number, and in the ultimate act of respect, earned a standing ovation from his colleagues. Watch the performance here.

Trailing teammate Hanyu by six points after the short program, Kagiyama rose to the occasion in his first senior worlds with an electric effort skated to “Avatar.” He hit three quads and exhibited excellent artistry with a poised skate on the big stage. Taking the silver medal behind world champion Nathan Chen, the 17-year-old Kagiyama showed off his immense potential and why he is a good bet to be on the Olympic team next season. Watch the performance here.

After training extensively with Stephane Lambiel in Switzerland, Kihira made her season debut at the nationals and displayed why she has a chance to be on the podium at the Beijing Olympics. She opened her free skate to “International Angel of Peace” with a beautiful quad salchow on the way to her second senior Japan Championship. It was the first time she landed a quad in competition. She will need that and her triple axel to compete with her Russian rivals next season. Watch the performance here.

Though her triple axel was judged to be a quarter under-rotated, Kihira’s skate to “The Fire Within” impressed the judges. Her one-handed cartwheel was memorable, and she earned level fours on her spins and step sequence and continued to illustrate her growing maturity on the ice. Kihira was just two points behind eventual world champion Anna Shcherbakova of Russia going into the free skate. Watch the performance here.

Kagiyama captured his first senior Grand Prix title in what became a domestic event due to the pandemic and illustrated his immense potential. Leading after the short program, he hit three clean quads and six triples on the way to topping the podium. His edge work was exquisite and his skate was a preview of what would come later in the season in Sweden. Watch the performance here.

After finishing fifth at the worlds, Sakamoto capped off her season with a powerful skate to “The Matrix” in Osaka last week. She earned a career-best score of 150.29 points and thrilled the home crowd with her enthusiasm and fortitude. Coming off a disappointing 2019-20 campaign, Sakamoto showed that she expects to be on the plane for Beijing next February. Watch the performance here.

Coming off her third-place finish as a junior at the NHK Trophy, Matsuike was poised and polished with her performance to “Perhaps Love” and took fourth place at the nationals.

Coached by the legendary Machiko Yamada and Mihoko Higuchi, the 16-year-old Matsuike skates with elegance. She reminds Ice Time of Satoko Miyahara when she was a junior. The feeling here is that she has a real chance to be on the Olympic team next season. Watch the performance here.

Sakamoto notched her first Grand Prix victory ever at home in Kansai with a steady skate. The 2018 Japan champion had struggled the season before, but started the 2020-21 GP campaign with a confident outing. Her powerful jumps resulted in great ice coverage and propelled her to a 29-point triumph over her compatriots and South Korea’s You Young. Watch the performance here.

Matsuike performed to “The Color Purple” and took a big lead with her combination of athleticism and artistry, which she eventually rode to the title. Her jumps were stable and spins exquisite at the event in Hachinohe, Aomori Prefecture. Just a few days later she would claim the bronze medal at the NHK Trophy as a junior before a nationwide TV audience. (With our apologies, there is no video available of this performance.)