If Carlos Ghosn Intends to Keep up his Media Campaign, here are the Real Questions He Needs to Answer 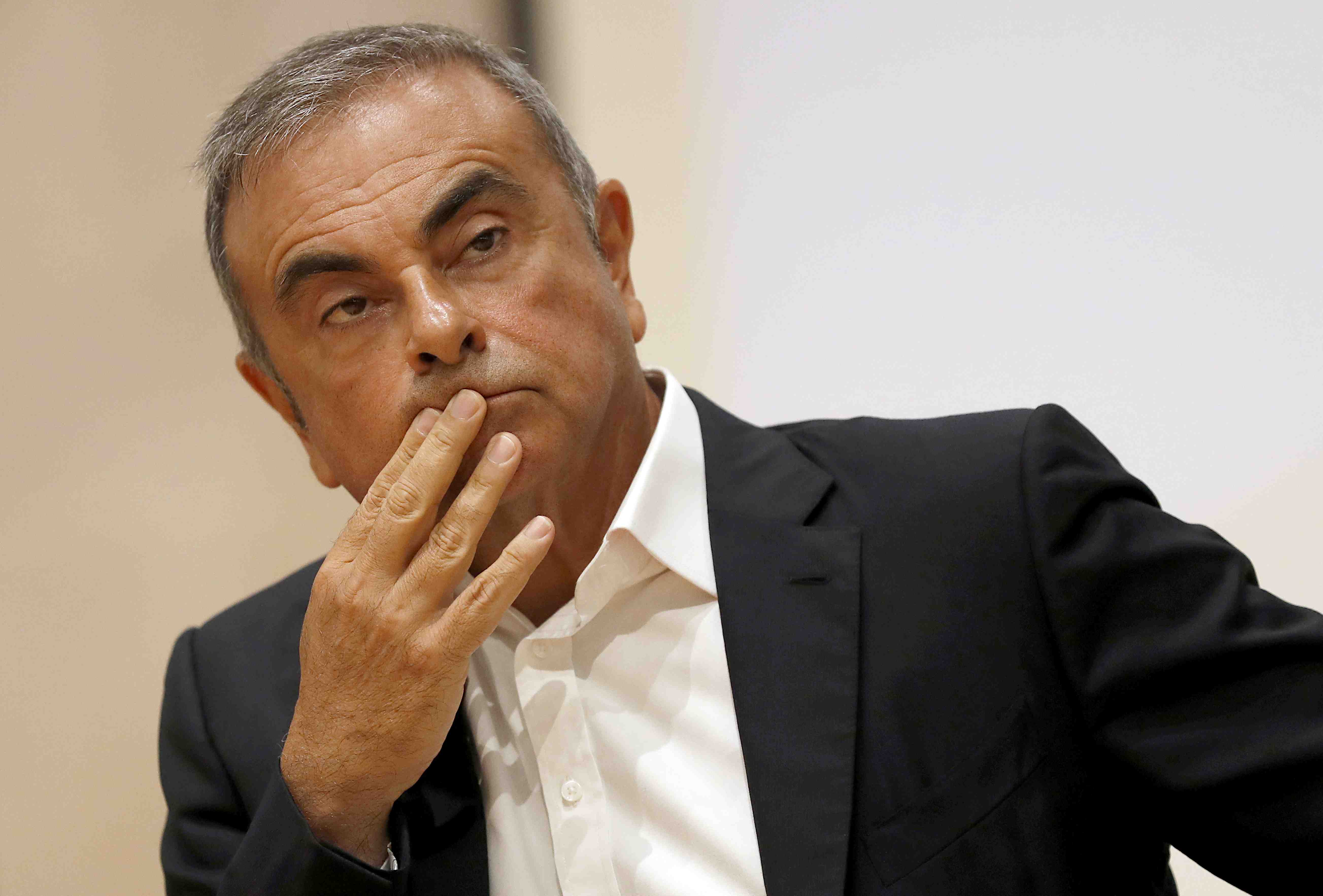 Carlos Ghosn loves the media and has missed talking to reporters since he was arrested on board his private jet in Tokyo in November 2018. Now though, he’s back on camera.

A couple of weeks ago, he spoke to ex-BBC reporter Tim Sebastian, who now works for German TV. And this week, the BBC’s Business Editor Simon Jack ran an interview during a documentary about Ghosn’s escape from Japan.

Before the scandal broke, I interviewed Mr. Ghosn several times for the BBC, so I know that he’s a brilliant communicator. I still enjoy watching him on TV and hearing his stories. However, in my view there are several glaring questions which he needs to answer.


Is Ghosn intending to let his subordinates take the rap for helping him to escape from Japan?

“You’re not afraid, you don’t have any emotion except the huge concentration on ‘this is your chance, you can’t miss it. If you miss it, you’re going to pay with your life, with the life of a hostage in Japan’.”

Mr. Ghosn was helped into the box by two men, who were posing as musicians. They were Americans Michael Taylor and his son, Peter, who now face three years in prison for helping Mr. Ghosn to escape.

They have made fulsome apologies in a Japanese court. The Wall Street Journal quoted Michael Taylor as saying: “I deeply regret my actions and sincerely apologize for causing difficulties for the judicial process and for the Japanese people.”

The WSJ says Peter Taylor’s company received $862,000 USD from Mr. Ghosn in 2019. Some of the money was used to pay for the escape and some was used to hype friendly stories about Mr. Ghosn on Google.

Mr. Ghosn said nothing about Michael and Peter Taylor in his recent press interviews.

Why did Ghosn receive so much money in executive pay?

Carlos Ghosn has expensive taste. When he married his second wife Carole Nahas Marshi in 2016, he organized a huge party at the Palace of Versailles, near Paris.

“When you invite people to a party, they say maybe,” Carole told Town and Country magazine. “But when you invite them to Versailles, they will come.”

After being questioned by detectives in Japan, Ghosn was indicted on charges of under-reporting about $80 million USD in compensation and income during his years at Nissan. It’s alleged he used $5 million USD to purchase a yacht, and also funded a business venture set up by his son, Anthony.

The charges carry a maximum sentence of ten years in prison. Ghosn had pleaded not guilty and his trial was supposed to have begun in the first half of 2020. In December 2019, he fled Japan in the box aboard a plane which took him to his current home in Lebanon.

He told Simon Jack of the BBC: “I feel sorry for all the people who are victims of the hostage justice system in Japan, all of them.”


Why won’t he return to Tokyo?

Mr. Ghosn claims that he fled Japan because an unfair legal system would deny him a fair trial.

“I will gladly go to Japan to face trial when there will be a justice system in Japan where defense is allowed to express itself,” he told interviewer Tim Sebastian, during a recent episode of Conflict Zone, on Deutsche Welle’s international English-language channel.

“As long as there is a joke of a justice system called the hostage justice system, there is no way I’m going to put myself in the masquerade justice that I was submitted to for more than one year,” he added.

However, Mr. Ghosn clashed with Tim Sebastian when he was asked why he had given an interview to the French press by telephone while he was still under arrest in Japan.

Ghosn told the reporter, who used to present Hard Talk on the BBC, that he was speaking in “bad faith.”

Tim Sebastian said he hopes Mr. Ghosn will return to finish their conversation on camera soon. “There are tough questions to be answered and we were looking forward to asking them,” he says.

Ghosn was one of the most highly paid executives in Japan, yet he was arrested on claims that he had manipulated people around him at Nissan into concealing the full extent of his salary and benefits.

Because Ghosn ran away from Japan, he cannot be questioned about these matters in court. Instead, the man facing the prosecutors in Tokyo District Court is Greg Kelly, a grey-haired Tennessee lawyer who worked at Nissan for 30 years. He was arrested in 2018 on charges of conspiring to conceal the true scale of Ghosn’s pay by $87 million USD.

Reports of the trial in the Financial Times newspaper suggest that Kelly was asked to arrange a huge remuneration package for Ghosn after his retirement. The FT quotes Kelly as saying in court that: “If he retired at 60, he was still a young man and he could have a full-time role as the top executive at any auto company anywhere in the world.”

According to Kelly’s testimony, Nissan’s former chief operating officer Toshiyuki Shiga said Mr. Ghosn “was worth $100 million [USD] over a period of years.”

The trial of Greg Kelly continues.


Why do people who worked for Ghosn claim he created an atmosphere of fear?

Many people who worked at Nissan have been giving evidence in Tokyo District Court during the trial of Greg Kelly. Several have depicted Ghosn as an autocrat. One woman, who gave testimony from behind a screen in order to hide her identity, told the court that in her ten years working for Ghosn she had gone from believing he was surrounded by a “special aura” to thinking he was motivated by greed. Other witnesses have suggested that Ghosn regarded Nissan as his personal bank account.

The current CEO of Nissan, Makota Uchida, said Ghosn had too much power. Giving testimony at the trial of Greg Kelly, Uchida said he felt “ashamed” and “miserable” when he learned about the allegations against Ghosn. He said Nissan’s brand was tarnished and its workers became demoralized.


What did Ghosn know about emissions scandals at Renault?

The French automaker Renault – along with other automotive companies such as Volkswagen and Peugeot – has been accused of falsifying data from emission tests. Fake information seriously undermines claims by the car-makers to be trying to combat climate change through cleaner engines.

The newspaper Le Monde has revealed that French investigators flew to Lebanon to interrogate Ghosn about the allegations, which relate to the time when he was head of Renault. According to transcripts of the interview in Le Monde, Ghosn rejected responsibility for cheating the emissions system.

He pointed out that between 2016 and 2018, he was also heading Mitsubishi, in addition to Renault and Nissan “meaning three companies spanning two continents, you can well imagine that I did not know the engines in detail.”

He claimed he was not involved in issues related to engine performance and after being pressed with technical questions, Ghosn told the French investigators: “I’m not a car person.”


Will he ever be put on trial?

Lebanon could technically try Ghosn on the allegations from Japan, though its courts are not regarded as particularly independent or reliable. Japan does not have an extradition treaty with Lebanon which, in any case, doesn’t extradite its citizens. Ghosn claims that if he had stayed on bail in Japan he would have been held under house arrest for years.

He is now effectively trapped in Lebanon and cannot leave without triggering international arrest warrants. His TV interviews are done down the line to studios in London or Berlin. So far, he has declined to speak on camera with a Japanese media outlet.

Want to read more about the Carlos Ghosn saga? Find an archive of stories here.

Duncan Bartlett is a regular contributor to Japan Forward and a former BBC Tokyo Correspondent. He is a Research Associate at the SOAS China Institute, University of London and is currently teaching diplomacy and international relations on the Economist Executive Education Course, A New Global Order. Find his articles about Japan and East Asia on JAPAN Forward , at this link.