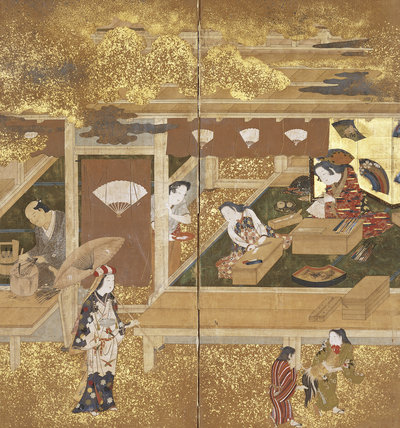 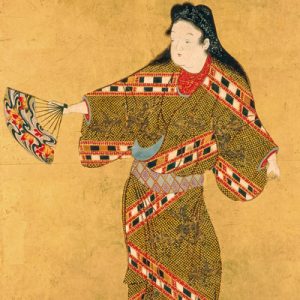 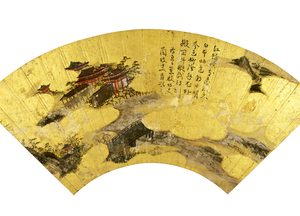 Fans Floating on a Stream 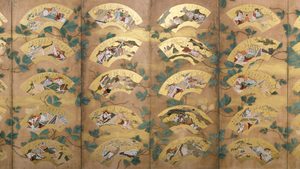 Scattered Fan Paintings from The Tale of Genji 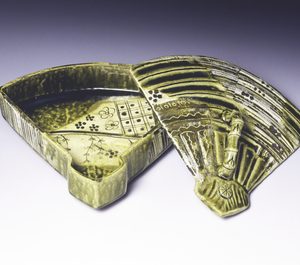 An exhibition dedicated to Japanese fans has opened at the Suntory Museum of Art.

Some aspects of Japanese culture were brought from China through the Korean Peninsula before being molded and developed into uniquely Japanese objects in this island country. The fan, however, is one of the few objects that actually originated in Japan.

You may have encountered certain paintings depicting European female aristocrats holding these fans, which were introduced to the West from Japan after passing through China. They must have been considered fascinating, exotic items.

The outline of the exhibition is as follows. The diverse range of fans and artwork reveals the profound relationship between Japan and the fan, and offers hints that draw you deeper into Japanese culture.

Inside the Country of Fans

八 is the Japanese kanji character for the number eight. But the character is also called suehirogari, meaning “broadens gradually at the ends.” It is seen as a symbol of good fortune, often enjoyed in photos and paintings.

Suehiro is another name for the fan, and a famous song is performed in Kyōgen theater called “Suehirogari.” These are just some of the stories that express the special relationship between the fan and the Japanese.

The exhibition offers many perceptions of the fan: the fan itself, byobu folding screens and fusuma sliding panels adorned with fan illustrations, paintings of dancers waving fans, and pottery and lacquerware shaped like a fan. The exhibition concludes by showing how the historical island Dejima in Nagasaki also resembled the fan.

Dejima was the single place in Japan where exchange and trade were allowed with China and the Netherlands for over 200 years when the Sakoku (closed country) era began in the 1630s.

This enlightening exhibition about the quintessentially Japanese cultural icon is open now until January 20.

Click here for dates, hours and fees for entry to the exhibition.

Click here for the outline and here for an overview of the exhibition in English.