In the Face of the Coronavirus, Contemplating Life’s Transience in Japanese Culture 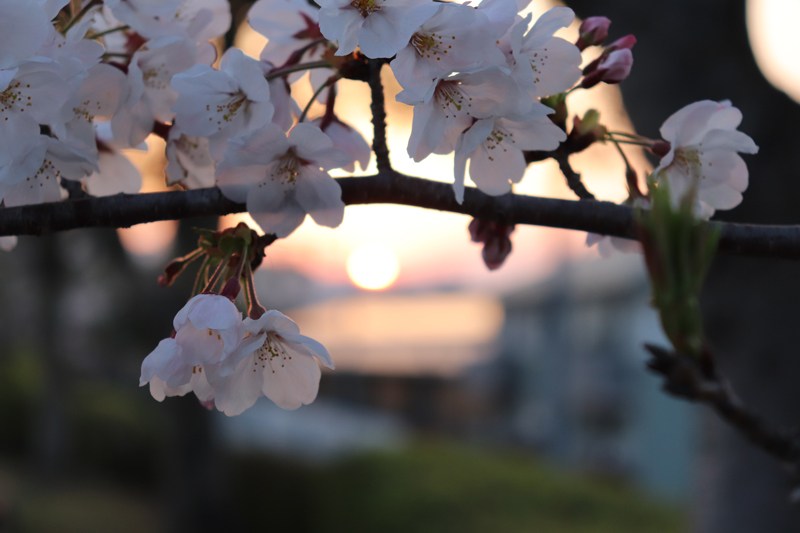 One of the missed opportunities of this difficult moment is the lack of reflection on death, a taboo. To tell the vision of the end in a culture very different from ours, like the Japanese one, however, could help us reconcile ourselves with it.

With more than 30,000 deaths due to the coronavirus, Italy has been one of the countries most affected by the COVID-19 pandemic. It was the first country in the Western world to call a total lockdown for more than two months.

Bergamo — a city near Milan in Northern Italy and one of the most affected regions — shocked the world when images of army lorries were shown on television bringing coffins to neighboring cities, because there was no more space in Bergamo to bury the bodies. These, together with photos of the mass graves in the United States, have been some of the most shocking images of this pandemic.

So many of us have lost loved ones during this time. Yet, among the missed opportunities of this difficult period has been the paucity of reflection on death and how to reconcile with it. In this part of the world, in fact, there is no more scandalous word than “death.” It is totally excluded from the daily conception of existence.

From the eternal life of Christianity, to aesthetic surgeries that remove the signs of the passage of time, the Western dream is of an impossible desire ― to live forever and never die. Not even a moment like this, globally marked by illness and death, has been able to bring our thoughts back to the only certain characteristic of life, which is that of its end.

The lack of this thought process is even more evident in this era where the global exchange of information is quick and easy and everyone can study and come to know far away cultures. And looking to other cultures to help us through this time is possible for the very same reason. This is the case for Italy, where Japanese culture is very loved, and where the relationship with death is very different from the Italian one and from that of the Western world.

Telling the story of a culture where there is a different way to face the extreme could help us make peace with it.

In Japan, the idea that something ends is part of life. It’s not a coincidence that two of the best known and identifying symbols of Japanese culture, the cherry blossom and the tea ceremony, were developed around the idea of ​​passing, around a well-thought-out gesture or an object that will see its end in a very short time.

The Japanese love for sakura — a beautiful, delicate and visibly perishable flower — is due to the fact that it represents the quintessence of transience, of impermanence. It is a metaphor for life and reminds us of our destiny.

During the Japanese Middle Ages, samurai, the warriors, chose the cherry blossom as their symbol. But even the tea ceremony, which today appears to us as an aesthetic performance practiced mainly by ladies, was the prerogative of samurai. It was practiced even before going to the battle. After having calmed down and cleared their souls, the Japanese warriors could die peacefully.

The principle on which the tea ceremony is based is that of ichi-go ichi-e, literally “one time, one meeting,” which indicates how each moment is unique and unrepeatable, transitory as the life of the cherry blossom, and therefore life itself.

All Japanese culture circles around the Shinto and Buddhist philosophies, which make transience the central point of their thought on human beings and our existence. It is commonplace to believe that the Japanese turn to Shinto in life-celebrating rites — such as births, the coming to adulthood, and so on — while they turn to Buddhism to celebrate the departure from this world.

Even if formally this is the case, with a more careful reflection, it’s clear that both Shinto and Buddhism have at their base the constant idea of passing.

Shintoism is not a religion since it lacks, for example, a sacred text from which to draw dogmas. It is rather a set of cultural beliefs that is formed through the common sense of man’s experience in the world — indissolubly linking Japanese culture to the celebration of the cycle of nature, and to the endless succession of end and beginning. It is, in short, the same concept as the cherry blossom, except that it is considered over a longer period.

At the same time, Buddhism, especially Zen, has as a foundation the idea that every moment should be lived as if it was the last one. Every moment is pervaded by the idea of ​​acceptance of the end, which is a natural, obvious, even banal phenomenon.

It is also for this reason that death in Japan is not experienced as something foreign, or from a distance. The dead person stays inside the house, in the butsudan — the home altar — and returns to visit us in the summer, during the Obon festival. The ancestors or loved ones celebrated at this altar come to visit us, and we “welcome” them, the dead, and therefore death.

This is how death becomes part of life. During the Obon festival, we “have lunch” with the deceased, placing delicacies on the family altar. And we talk to them about earthly things, about our problems, as if they were present and with us. We introduce our partner or newborn baby to him, for example. It is through this rite, which inextricably links life and death, that death is celebrated like something natural, accepted, and acceptable.

There is nothing sacrilegious about celebrating “with the dead.” When I was in Japan, we did it often in the spring during the hanami (cherry blossom viewing) period, where many Italian and Japanese friends organized picnics in Aoyama Botchi — the beautiful cemetery of Aoyama, in the heart of Tokyo, characterized by avenues full of cherry blossom trees. We gathered near the tomb of an illustrious Italian named Edoardo Chiossone (who played a very important role for the Japan Mint), eating and playing outdoors. It was our “Japanese” way to remember him, our history, and the season.

For the Japanese, in short, death is part of life and they never forget it. Death is a natural fact, as natural are the devastating tsunamis, earthquakes, and fires to which the Japanese are accustomed and to which they always respond with great dignity. Their response is not resignation, but acceptance of the inevitable, of something that could not be otherwise.

But, in the Japanese culture, death can be many things. In a certain historical period, it had also been a choice, even an honorable one. Ritual suicide, known by the name of seppuku (or hara-kiri) went out of law with the reform of the civil code in the Meiji era (1868-1912). But in the Middle Ages it was practiced by many Buddhist monks, artists, and intellectuals, including Sen no Rikyū, the most important tea master ever.

The path of life, in short, is not forever. The Japanese know this, and they find the words to say it, to tell us that all we can do here in this life is prepare ourselves for departure.

This is the case of danshari, a word that indicates the practice through which we lighten ourselves from the weight of the superfluous, what we no longer need, in order to get to the extreme moment as free and light as possible. Houses are sold, old clothes are thrown away, only the bare essentials are kept. Death is a breath and it takes no frills: we can’t bring anything from here to the afterlife.

There’s also another word that indicates the practice of preparing one’s exit from this world. Shukatsu indicates the activity of organizing our own funeral, of setting up one’s will not only by drawing up a testament, but also by organizing those little things that, once settled, give peace of mind but have nothing to do with the legal aspects.

The Japanese are practical people, and in order not to be misunderstood or misrepresented, they also invented special notebooks called “ending notes” such that, even in the case of solitary or sudden deaths, even strangers know where to find practical instructions. They even bring some small amount of comfort to those left behind.