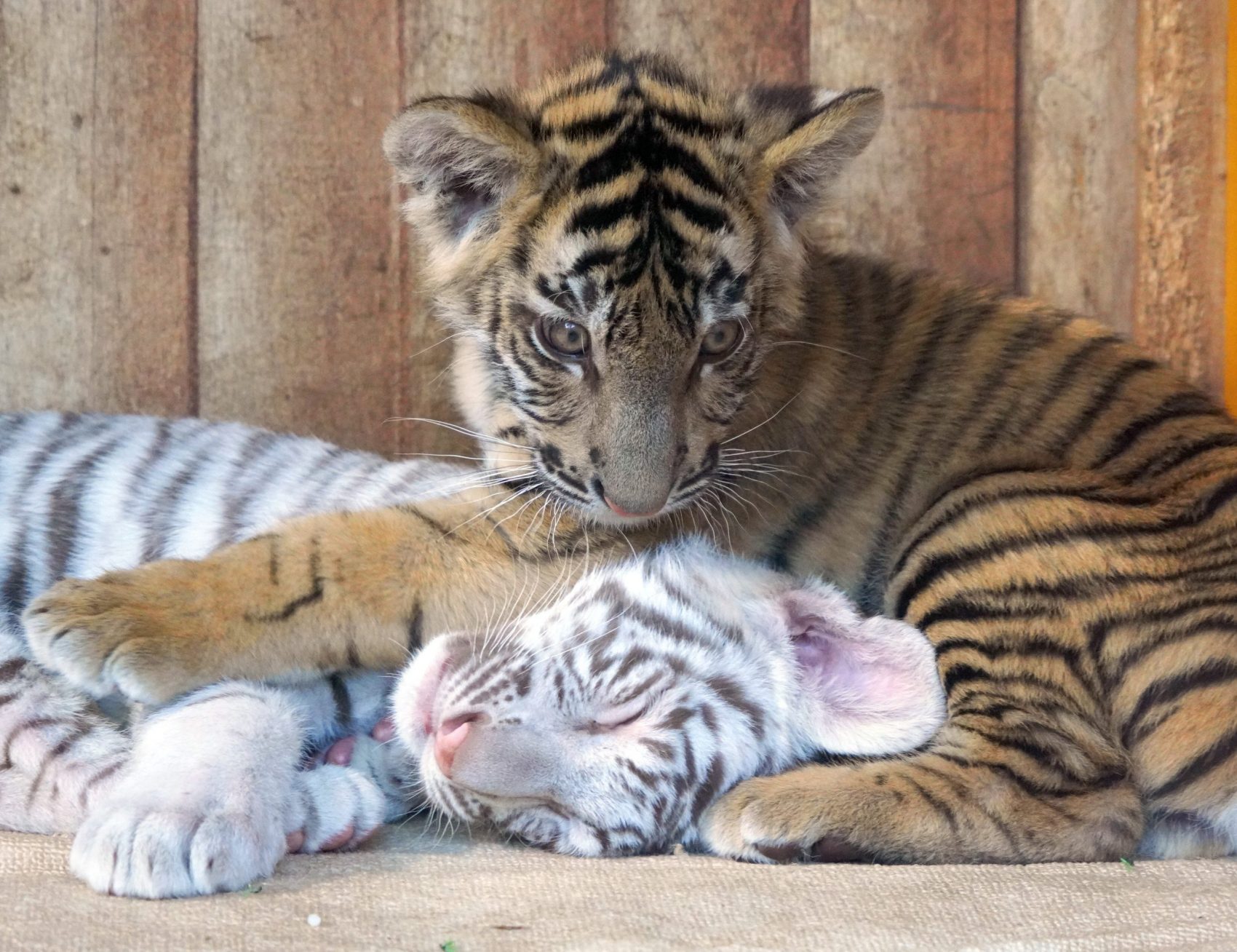 In the Chinese zodiac, this year is the year of the tiger. As a fan of the Hanshin Tigers baseball team, I’m pleased.

The tiger is a fearsome animal that has long been viewed with trepidation in China. It also brings much apprehension to my zodiac animal, the rat.

Although the lion is the king of the animal world in Africa and India, there are no lions in Northeast Asia, including Japan, China, and the Korean Peninsula. Here, it is instead the tiger that has been feared as the king.

Therefore, in Northeast Asia, people have been awed by the tiger’s mystique. That is to say, it seems to possess a power beyond those of humans and other animals.

First, the tiger’s appearance. It has sharp claws and fangs, hawk-like eyes, mighty roar, bristly whiskers, powerful jaw…. The list could go on and on.

There is an otherworldliness about tigers that is beyond human understanding. The ancient Chinese text I Ching, a classic of all classics, says, “The clouds follow the dragon, and the winds follow the tiger.” In other words, where the tiger goes, the wind always follows.

The ancients felt that the tiger had a mystical power that could cause natural phenomena, probably as a result of their awe of the tiger’s abilities, such as running, fighting, and roaring, which surpassed those of other animals.

This may be why there are many peculiar tales about tigers. For example, there is a legend of a warrior who shot an arrow at a tiger. The arrow hit the tiger, and the tiger stopped moving.

When the warrior approached the tiger, he found that it was not a tiger at all, but a stone — his arrow had managed to pierce it.

This tale has been used on many occasions as the go-to legend about exceptional warriors. Some people say that when the warrior shot an arrow at a stone on a different day, this time knowing it was a stone, his arrow failed to pierce it.

The popularity of this legend could be a sign of people beginning to favor the idea that human power surpasses the mystique of the tiger.

Perhaps this is why tigers have come to be associated with our everyday life.

For example, in Japan, the word “tiger cub” is used to refer to something we treasure because tigers are known for their affection and dedication (and strict parenting) towards their cubs.

Ironically, though, the characters for “tiger cub” refers to a chamber pot in old Japanese and Chinese.

As for the relationship between humans and tigers, there is a famous story often quoted in Chinese literature textbooks used in Japanese high schools.

When Confucius was wandering around the country with his disciples, they came across a woman weeping in a cemetery near a famous mountain called Mount Tai. Confucius sent his disciple, Zi Lu, to ask her why she was crying. A tiger had killed her husband’s father, then her husband and her child, one after another.

When asked why she hadn’t moved away from such a dangerous place to a safer place, the woman replied, “The taxes are low here.”

Confucius learned of what had passed from Zi Lu and said, “tyranny (heavy taxation) is fiercer than a tiger”. (“Tangong,” The Book of Rites.)