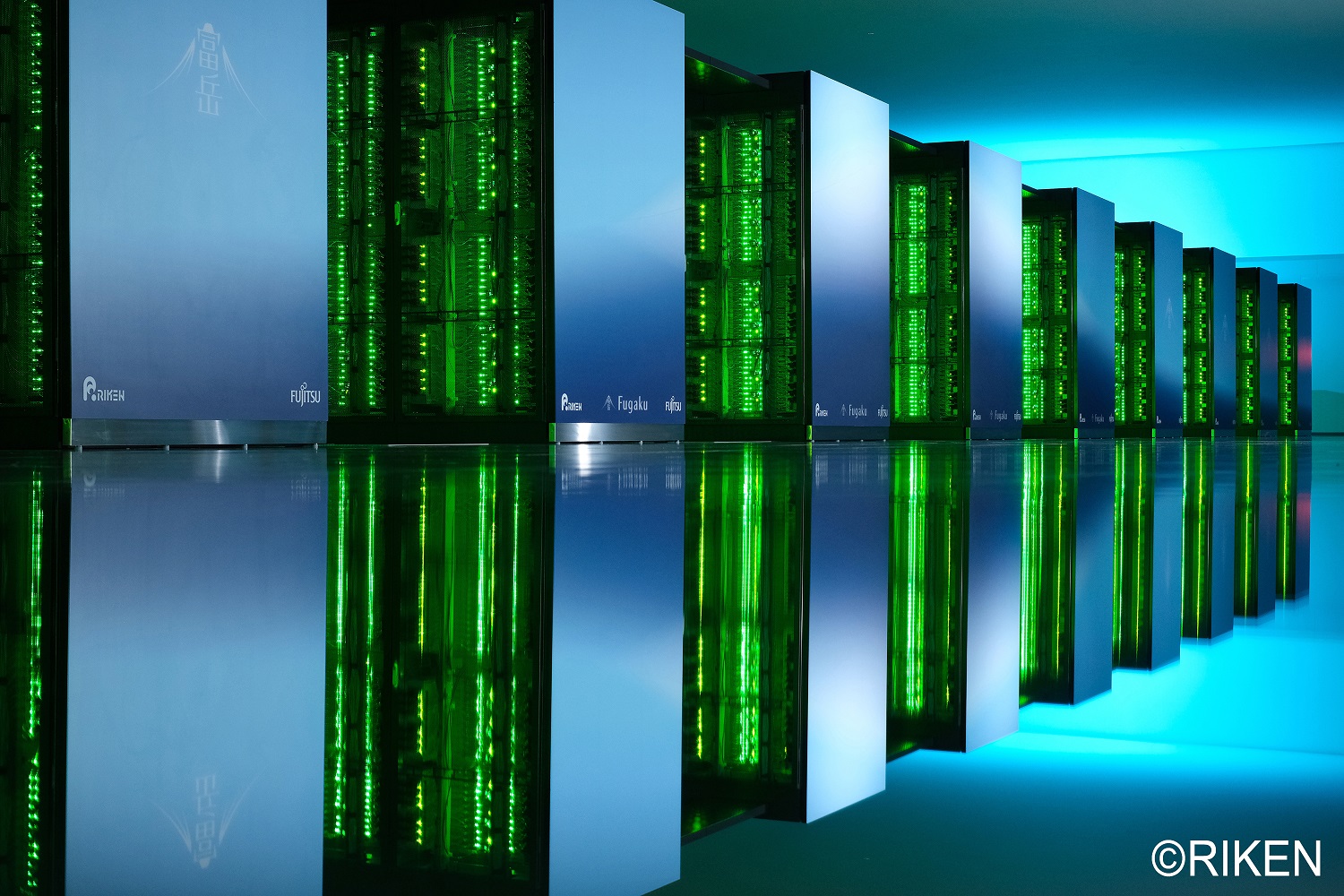 The supercomputer Fugaku, developed jointly by RIKEN and Fujitsu, is being put to work modeling how the coronavirus can spread.

As the global coronavirus pandemic continues, the world is searching for new measures that will minimize the risk of infection while allowing essential institutions such as hospitals, government, and schools to continue to function. In any public health plan for public spaces, two issues that must be addressed are countermeasures against viruses in the air and viruses on surfaces that are touched by many different people.

Traditional disinfection measures have involved using chlorine-based cleansers or alcohol which are either sprayed or applied by hand, but this has proven not just to be labor intensive and of limited effectiveness, they also expose cleaning staff to a greater risk of infection. Solutions are needed as we face this “new normal” and several innovators have stepped forward with some new ideas.


Crunching Numbers to Beat the Virus

The first step in any kind of research is creating models, and computers have been an invaluable tool in this process. Accurately simulating the motion of thousands of droplets through the air, however, has been beyond the capabilities of most available computers. To answer the need for more computational power, Japan’s Institute of Physical and Chemical Research, or RIKEN, working in collaboration with Fujitsu, has developed the Fugaku Supercomputer, currently the most powerful in the world. Originally scheduled to go online in 2021, the pressing needs of the COVID-19 crisis spurred the development teams to finish work one year ahead of schedule.

Some of the first questions that Fugaku was tasked with answering involved the spread of the coronavirus through the air. By itself, the virus does not appear to be airborne. Rather, it travels inside droplets of fluid on the air, such as those released when an infected person coughs or sneezes.

Fugaku was capable of running detailed simulations of how fluid particles can move through the air, allowing researchers to assess the risk levels not only from coughing, but also when speaking or singing. The simulations also provided convincing evidence that masks have a significant effect on reducing exposure, especially when worn by people who are infected. These findings were a tremendous help to public health authorities in providing safety guidelines that were clear, effective, and backed by evidence.

A further application of Fugaku has been in simulating the interaction between the proteins on the coronavirus and a wide range of medications. In just 10 days, Fugaku was able to test over 2000 drugs, identifying dozens that showed promise as potential therapeutic treatments. No other computer or testing system developed so far has been able to produce so many results so quickly, and this has the potential of not only producing effective treatments for those infected with COVID-19, but a wide range of other diseases as well.

A common expression in English says that “Sunlight is the best disinfectant,” but this has turned out to be much more than a figure of speech. Ultraviolet light, the same wavelength of sunlight that causes tanning or sunburns, has long been used to sterilize medical equipment and other tools without the need for chemical treatments that can potentially be harmful or produce chemical-resistant pathogens. It works because the high energy of UV light can break apart the chemical bonds of molecules inside microorganisms, preventing them from functioning or reproducing. These high energy levels, however, can also damage the cells in our bodies, so traditional UV disinfection systems must use closed containers to shield our skin and eyes, making them impractical for large areas and impossible for use in occupied rooms.

Recognizing the urgent need for safe and effective disinfection technologies, Ushio Inc. of Japan developed their Care222® lamp module. The technology uses a combination of an excimer lamp, which works by exciting Krypton-Chlorine molecules and causing them to emit ultraviolet light at the 222-nanometer wavelength, and a unique filter that blocks more energetic photons from being emitted. Combined, they produce ultraviolet light that is strong enough to kill a wide range of microorganisms, including coronavirus, but is not able to pass through our skin or eyes and cause damage, making it safe for occupied spaces.

Ushio’s Care222® lamp is capable of disinfecting spaces up to 2.5 meters away in less than 10 minutes. This makes it very useful for continually disinfecting public spaces where many people make physical contact with surfaces, such as entrances, hallways, meeting rooms or restrooms, as well as frequently touched items such as handrails and doorknobs. This provides businesses and public facilities with a faster, safer and more effective means of protecting employees and visitors from infection than traditional disinfection by cleaning staff.

Adapting Ozone to Fight COVID-19 in the Air

Oxygen is perhaps the most vital element for human life, but it can also be a powerful weapon against coronavirus. The oxygen we breathe is actually molecular oxygen, which is made up of two oxygen atoms tightly bonded together. When on their own, lone oxygen atoms will react with, or oxidize, nearly anything, making them extremely effective for killing bacteria.

Ozone is a special but easy-to-produce form of oxygen made up of three atoms bonded together. Because the molecule is unstable, it quickly breaks apart into a two-oxygen molecule and a microorganism-killing single oxygen atom. Ozone released into the air reverts back to ordinary molecular oxygen within a short time, leaving no harmful residues behind, making it a much more environmentally friendly disinfectant than bleach or other chlorine-based cleansers. Additionally, microorganisms cannot build up resistance to oxygen as they can to antibiotics. Based on this knowledge, Professor Takayuki Murata of Fujita Medical University in Aichi Prefecture, not far from Nagoya, began investigating whether ozone could be safely used as a preventive measure against coronavirus.

Ozone had been tested as a disinfectant in the past, and had been shown to be effective against viruses like the one that causes COVID-19. Unfortunately, ozone can be harmful if inhaled in high enough concentration, and previous testing had only been done at levels that would be dangerous for people. These tests had shown that ozone was effective for quickly disinfecting closed-off spaces, but they were impractical for disinfecting spaces used by many people throughout the day, or which could not easily be sealed off.

This means that very low concentrations of ozone could be used to continuously disinfect high-traffic areas. Professor Murata’s findings have already led several hospitals to install ozone generators in their waiting areas and patient rooms, and they are starting to be adopted for use in taxis and public transportation.

Now that a vaccine has been developed, hope is growing that the end of the pandemic is in sight. But there is still a way to go, and millions of vulnerable people who need to be protected. Even after COVID-19 has passed, innovations like these will help to keep our workplaces and public spaces safer from new and existing pathogens, so that the next potential pandemic may be easier to control and prevent.

These contents are sponsored by the Ministry of Foreign Affairs of Japan.