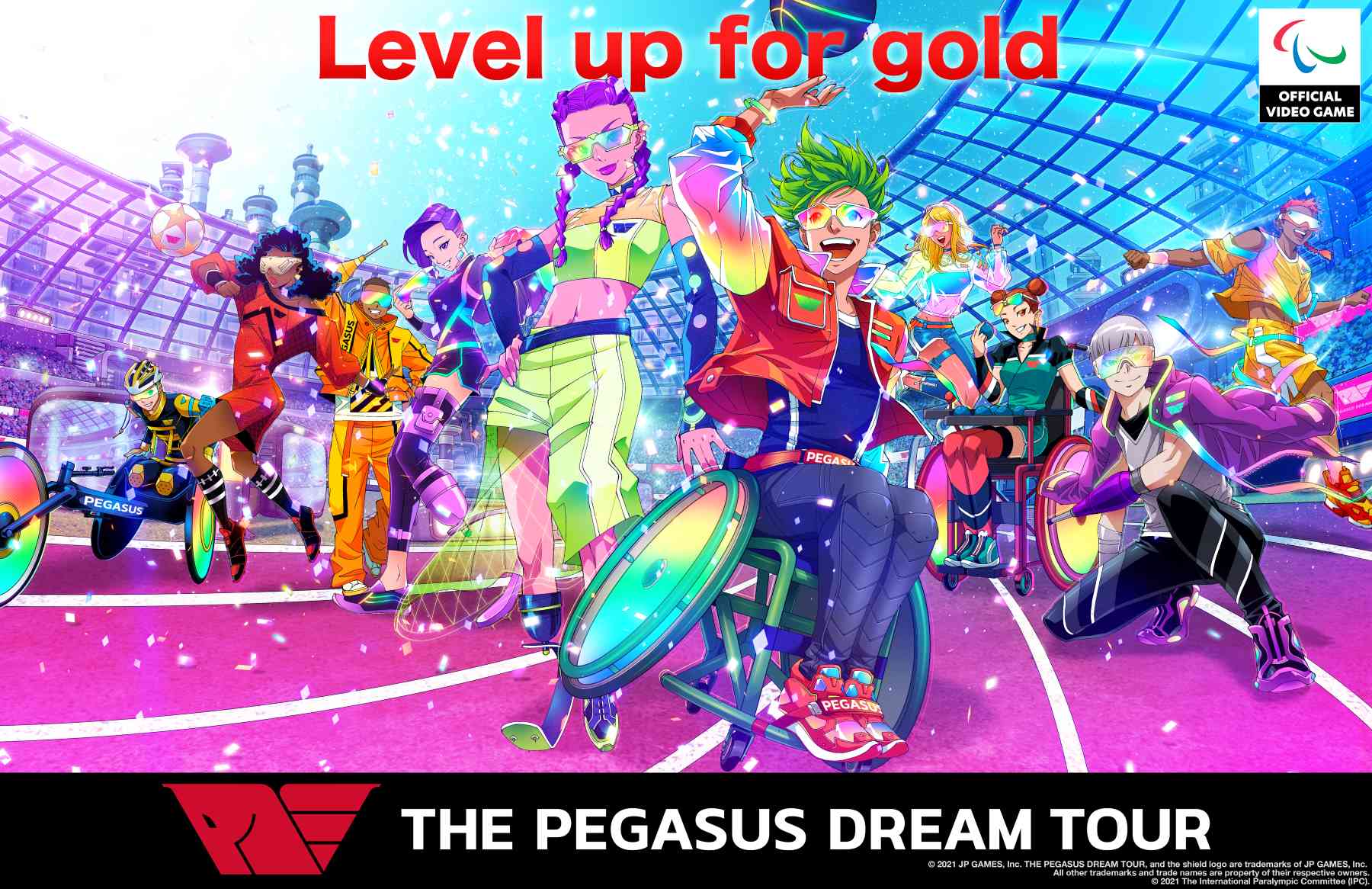 The Paralympics kick off on August 24 with the Tokyo 2020 Opening Ceremony, followed by twelve days of competition and awards through September 5. Athletes from 163 countries and regions ー including the Refugee Paralympic Team ー will compete in 23 para sports. Meanwhile, their inspiring achievements will put their own lives and personal challenges into the public spotlight like never before.

In celebration, the International Paralympic Committee (IPC) has released its first-ever official videogame, “Pegasus Dream Tour” with ”Avatar GALA Parties”. The role-playing game (RPG) was developed by Tokyo company JP Games, Inc., and it’s a free download that takes you inside a virtual venue that looks like the Olympic Stadium.

I downloaded the game and found it provides an interactive glimpse of what the para athletes themselves will experience during the Games, including participation in virtual races. It took me only a couple of minutes to select my avatar choices, set the language to English and finish the download. Guided by Doraemon, I became a para athlete, ran a race, got coached to become a better athlete, and was introduced to new virtual characters and other friends. The settings include the virtual Olympic Stadium and the video game’s setting of “Pegasus Village.”

Four popular Japanese artists are participating with the IPC. And in addition to the challenges of virtual sporting events, fans will be able to help these real-life musicians and artists set up their own uniquely themed virtual concerts in RPG fashion.

As the Paralympics get underway, there are three virtual concerts scheduled featuring popular Japanese artists, along with a series of virtual events leading up to each concert. The popular acts Pikotaro, Dreams Come True, and J Soul Brothers III have shown their support from the onset for the key concept of what has become the world’s first Paralympics video game. So has the group Tokyo Gegegay, which finished its virtual concert during the just-completed Tokyo Olympic Games.

Artists Come Together to Promote Positivity and Social Good

The artists come together with fans inside the Pegasus Dream Tour to enjoy RPGs while promoting the cause of social good through the live virtual concert events. The fans, of course, have their own opportunity to contribute to the betterment of society by simply participating in the Avatar GALA Party in the virtual Pegasus Village and helping to build each interactive live concert into a success.

In addition to the RPG-style live concerts, there will be RPG-style stories leading up to the actual day of the virtual live performances. For approximately 2 weeks between the start of the event activities and the day of the live concert, players can help build the concert venue for each artist by playing minigames. New interactive experiences await players, such as call-and-response emotes (for a greater sense of unity during the live concert), and a backstory whose climax involves both the artists and fans to join forces and prevent the concerts from being annihilated.

Pikotaro is famous for his connecting of various objects using his left and right hands in the hit song, PPAP. He unveiled his song PPAP on YouTube in 2016, which, when combining the figures from the Pikotaro Channel and the Ultra Music channel, has been played back 600 million times. When including related videos, this number shoots up to a whopping 2 billion views.

He is currently using his experience as an SDGs (Sustainable Development Goals) promoter to make these ideals accessible and spread them worldwide for his ultimate goal of world peace.

For the virtual event, Pikotaro will become an avatar and use his famed power of “connection” to invite and connect users from across the globe with laughter in his joyfully funny live show. Pikotaro believes that a virtual monument needs to be resurrected to accomplish his goal before his live concert. But he has to call on players to build it for him. What will the participating avatars eventually create for his live show?

Asked about his avatar and aspirations for the project, the artist said, “I’m Piko-proud to be a part of this project with such impressive members! Be it in real life or online, Piko will always be Piko! I’ll take your Pen, and I’ll take your Apple, and Uh! Connect them! We’ll connect with friends all over the world and share our smiles and Piko-peace!”

Next up is “Evolution”, an interactive program and live concert by the virtual members of Japanese band, “Dreams Come True” who perform in both English and Japanese. The band will be building their event from Tuesday, August 24 – Saturday to September 4. Then they are scheduled to perform simultaneously at the real-life Tokyo Paralympics and in the virtual Pegasus Village during the Paralympics Closing Ceremonies.

Get ready for a surprise, when the real athletes inside the venue start to undergo a “strange” sort of reaction to the proceedings … What will happen? Only those who witness this next-generation virtual concert experience will find out!

“We’re gonna pump this grand finale up! We can’t wait to be able to perform together with the athletes’ avatars! Let’s get this party started!” said Virtual Dreams Come True’s  MASADO & MIWASCO (Masato Nakamura – bassist, composer, and arranger, and Miwa Yoshida – vocalist, composer, and performer).

Rounding it Out with ‘Wellbeing’ from J Soul Brothers III

Finally, game players and avatars will get to experience role playing with the virtual alter egos of the seven performers and vocalists of the popular Japanese band, J Soul Brothers III, a spinoff from the EXILE Tribe. Their event, called Wellbeing, will focus on rescuing the soul of Pegasus Village from shutting down after the Paralympics have ended, so that it can continue to carry on good deeds for the world.

Can they succeed? Only the fans, teaming up with the band, can make it happen.

Asked why they’re doing it, the band issued a statement saying, “We are taking on a new challenge by incorporating role-playing into our live shows. Compared to our conventional live shows, this is a type of entertainment that offers a different way of enjoying! We want to give a boost to para sports through conducting virtual live performances. Let’s gather with people from all around the world in Pegasus Village!”

About “The Pegasus Dream Tour”

The Pegasus Dream Tour is founded on an entirely new concept where players make a positive impact on the world and tackle social issues through gaming, allowing them to be involved in social good on an individual basis.

Overview of the game