International pressure is the name of the “weapon” they seek...Why do the families of Japanese victims of North Korean abduction go overseas? 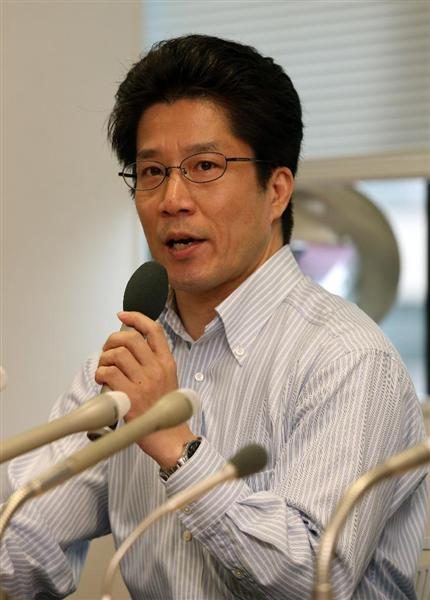 On May 5th, 2015, a symposium hosted by the Japanese government was held at a hotel not far from the United Nations headquarters in New York. At the symposium, a Japanese man presented a speech to an audience that included members of the UN and various world governments. Virtually all of the international community was in attendance. The Japanese man giving the speech addressed the international community with these words: “Please share your strong will and power with those who have been abducted by North Korea.”

The man’s name is Yokota Takuya (48). His older sister, Megumi (51), was violently carried off by North Korean spies when she was thirteen years old. Megumi’s abduction took place on November 15, 1977, in the city of Niigata on Japan sea. 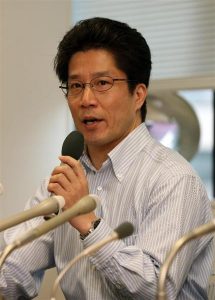 Takuya said that Megumi was “like the sun and sunflower of our family.” Ever since her abduction, though, Takuya and Megumi’s father Shigeru (83), mother Sakie (80), and other family members have been unable to see Megumi even once.

For Takuya, his speech in the United States was a battle. The Yokotas need weapons if they are to get Megumi back from North Korea. And that weapon is pressure by the international community on North Korea. International pressure has worked on North Korea in the past. So, Takuya traveled all the way to far-off America to state his views.

Until the Japan-North Korea summit, the North Korean side had consistently denied the Japanese abductions. In December of 2001, less than one year before the summit meeting, the North Korean Red Cross Society issued this denial: “North Korea does not carry out ‘abductions’, and never has.” Why did North Korea admit to the abductions of Japanese citizens? One reason was that there was pressure brought to bear on them by the United States.

During his State of the Union speech on January 29, 2002, US president George W. Bush adopted a hard stance, declaring North Korea to be part of the Axis of Evil.

After the coordinated terrorist attacks carried out against the United States on September 11, 2001, America strengthened its stance against the forces of international terror. North Korea, which had been developing missiles and nuclear weapons, was designated a state sponsor of terrorism. For North Korea, President Bush’s firm message in his State of the Union address was a threat.

The North Korean response was swift. In March of 2002, two months after the State of the Union speech, the North Korean authorities announced to the Japanese abductees living in North Korea that, “We are going to tell the world that you are here.” Half a year after that, the Japan-North Korea summit was held, the result of which was that the abductees were returned to Japan.

The families of the Japanese abduction victims have visited the United States many times. On April 28, 2006, Yokota Megumi’s mother, Sakie, met with President George W. Bush at the White House and requested his cooperation. President Bush called this meeting with Mrs. Yokota “the most moving I have had since becoming president.” The strong desire to rescue her family member moved the heart of the president of the United States-the same United States that is sometimes called, “the world’s policeman.”

The North Koreans were stirred to action again following the UN report. Calls increased for Kim Jong-un to face criminal prosecution before the International Criminal Court (ICC). In North Korea, the supreme leader must be protected at all costs. North Korea has sent its top ministers to America and Europe in an effort to stop Kim Jong-un’s being prosecuted at the ICC.

The North Korean side also reacted to the symposium hosted by the Japanese government and held in New York in May of 2015. The North Korean diplomatic mission to the United Nations issued a critical declaration, and the North Korean state-run media ridiculed then-Minister of State for the Abduction Issue, Yamatani Eriko, in a commentary: “[Yamatani] is a despicable woman who has lost even the rudiments of reason and morality befitting a human being,” and is “the screeching bugler for the non-existent human rights problem in North Korea.” North Korea is incensed that the state crimes of their own doing are coming to be known throughout the world. It is precisely for this reason that the families of the abductees are continuing to alert the international community to the truth about the abductions.

On May 4th of this year, Yokota Takuya visited New York again, where he appealed for international cooperation at a symposium hosted by the Japanese government. Yokota was accompanied by Iizuka Koichiro (39), the eldest son of Taguchi Yaeko (60), who was twenty-two years old when she was kidnapped and taken to North Korea in 1978.

Busy throughout the year with their own jobs, Yokota and Iizuka came to New York over the extended holiday known in Japan as Golden Week.

In the past, both men’s parents went overseas to request the cooperation of the international community. Now, though, their parents are growing old. Takuya’s father, Shigeru, and mother, Sakie, are both in their eighties, while Koichiro’s adoptive father, Shigeo, is seventy-eight. It takes more than ten hours to fly from Japan to the United States, which takes a heavy toll on the aging bodies of some of the abductees’ family members. In order to bear some of the burden for their parents, both Takuya and Koichiro use their vacations to press for the return of their loved ones.

The fact that the effort to bring the abductees back home has now been passed down from parents to children shows just how long the abduction issue has gone on without any resolution. Many family members have passed away without ever getting to experience a reunion with the abductees snatched away to North Korea.

Had North Korea returned the abductees right away, these kinds of tragedies could have been avoided. However, North Korea chose instead to keep the victims in North Korea and then to lie about it, saying that the victims had died. This is why the families of the abductees are seeking out the “weapon” of pressure from the international community.