INTERVIEW | Actor Katsumi Kiba of ‘Kafka on the Shore’ 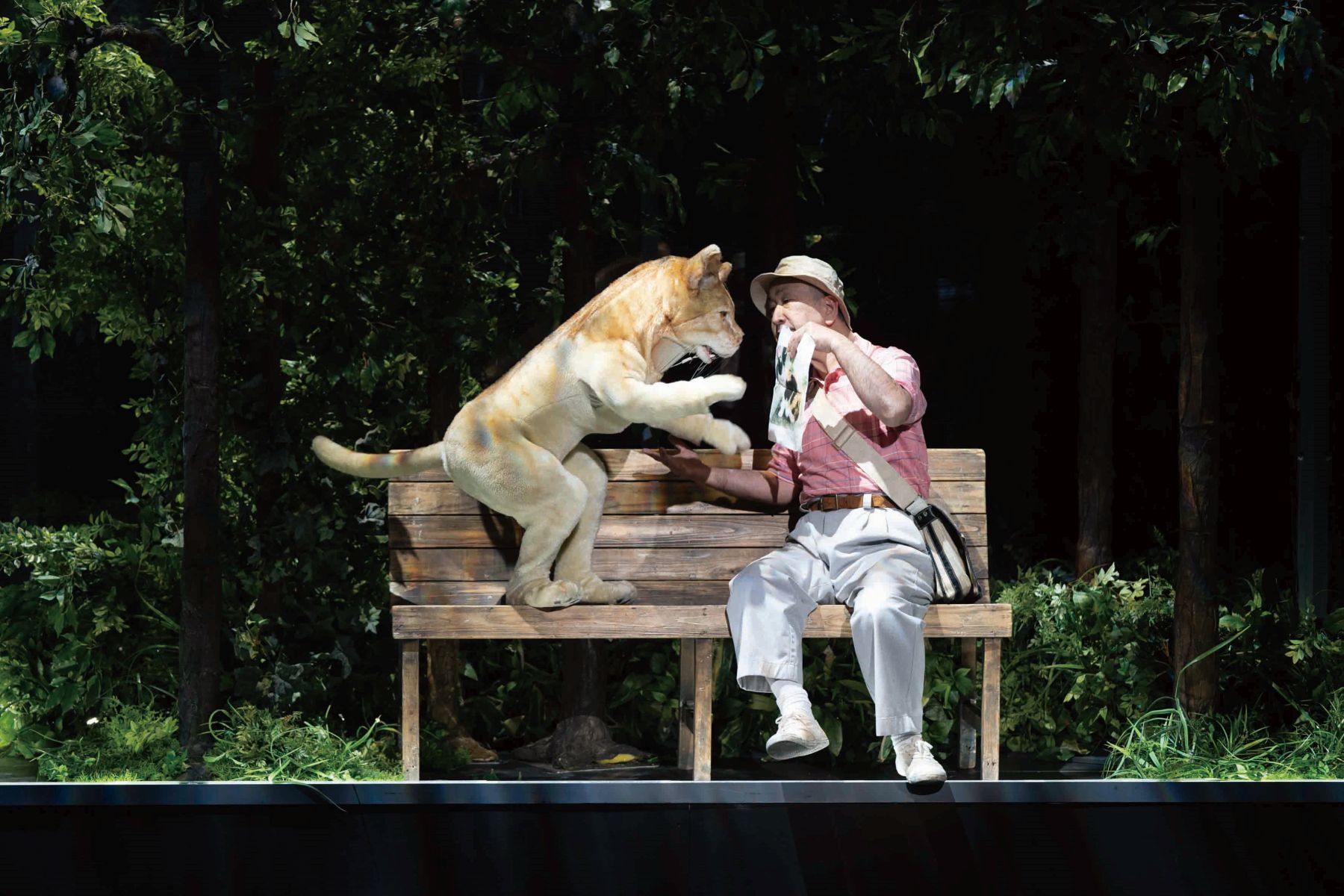 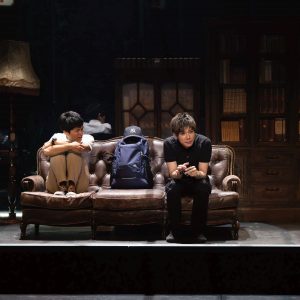 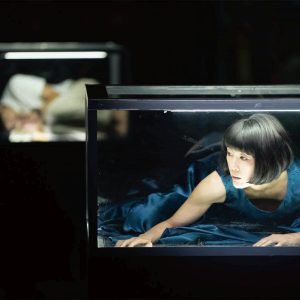 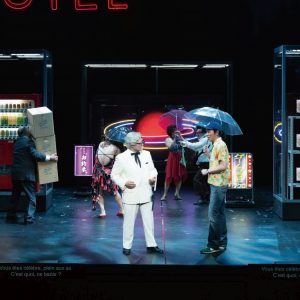 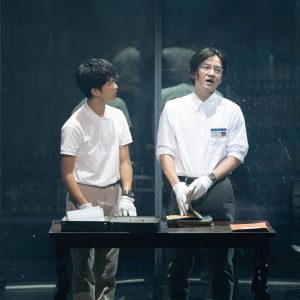 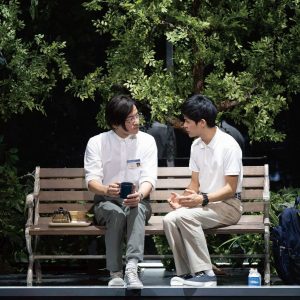 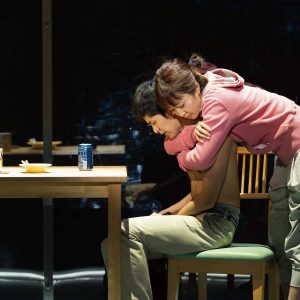 The theater play Kafka on the Shore is making a triumphant homecoming for the first time in five years, returning to Tokyo on May 21. Organized by HoriPro Stage, this theater adaptation of one of the best-selling novels by the globally celebrated writer Haruki Murakami began as part of the first “Ninagawa x Murakami” collaborative project. It was produced by the renowned stage director Yukio Ninagawa, who passed away in 2016.

First performed in 2012, the play went on a tour around Japan in 2014 with new cast members, succeeded by a successful world tour in 2015 in such cities as London, New York, Saitama, Singapore, and Seoul. In February 2019, the play was performed again in Europe at the Colline National Theater in Paris as part of an event for Japonism 2018, a festival to commemorate the 160th anniversary of France-Japan relations, closing its curtains after great success.

The new production features actor Katsumi Kiba, a veteran of the Japanese stage play industry who is known for the parts he played in Bang the Drums, Blow the Pipes (2002), and Metal Macbeth disc2 (2018). Kiba has also made his mark offstage, with remarkable appearances in the television series Mr. Kinpachi in Class 3B and the movie Moon and Thunder (2016), to mention a few.

In an interview with JAPAN Forward, Kiba’s gentle yet determined tone captivated our attention — a tone you would not expect from his character on stage — as he shared intriguing experiences from his acting career and insights into the character of Nakata, the role he has portrayed and nurtured since Kafka on the Shore was first staged in 2012.

“Unexpectedly, I became an actor,” says Kiba. “Initially I wanted to be a movie director. But at the time I had no idea where to start, so I decided to go to college and simultaneously attend an acting school where I thought I could learn something related to film.”

It was not only the foreign films he watched that attracted him to the film world, but also seeing the Japanese actor Shintaro Katsu on screen in the Zatoichi series. Katsu is a figure that Kiba still considers as his role model today.

“It has also certainly had a lot of impact on my approach to the role of Nakata in Kafka on the Shore,” says Kiba.

The character Nakata is an old man who, due to a brain disorder caused by an odd incident he encountered during his childhood, has lost his skills to read and write but gained an uncanny ability to communicate with cats. And he uses it to his advantage to find his missing furry friends.

“My impression of Nakata when I read the book was that he is an introvert, quiet, and someone who rarely expresses his emotions,” Kiba explains. “But this is a stage play. In a book, you can make transitions using phrases like ‘Nakata thought’ or ‘soon after,’ but none of that exists in theater.”

He adds: “So I was very impressed with how Mr. Ninagawa recreated those transitions on stage by moving around boxes. He also seemed quite happy with the result, despite the difficulties and challenges he faced at the very beginning.”

The actor Kiba saw the moving acrylic boxes as obstacles he had to conquer. “I instantly thought we, the actors, would be buried away in the atmosphere,” he continued. “So I suddenly had the urge to change them around a little, and that is probably when I might have gone a little too far with Nakata-san.”

Since its very first performance in 2012, Kiba says his feelings towards the role have gradually evolved. “In the beginning I would just reiterate my lines; but over time, I began to think of him as a ‘kata,’ just like in kabuki,” he explained. “It’s hard to determine what goes on inside a kabuki actor’s mind, but I’m sure a lot is happening.”

Juxtaposing Nakata’s unique way of speaking with the concept of “kata,” Kiba realized that Nakata shares a common aspect with kabuki. “He can only express himself in a certain way, but I’m sure his core has been affected by his surroundings,” he says. “But because he has no way to release that internal pressure, it just keeps moving inside his gut like a storm.”

Kiba adds that, although this thought process consumes a lot of his energy, it is also the most fun part of it all.

However, Kiba says, this was just the beginning. “Because I like to break the rules, I found a way to release that internal pressure and I was actually surprised at myself and how that irregularity came out. So, I consciously created moments to express those feelings, and in them Nakata actually turned out to be rather lyrical.”

His performance in Paris was highly acclaimed earlier this year. Without a doubt, he made an immense contribution to another successful show abroad.

Kiba tells JAPAN Forward that he also found a similarity between himself as an actor and Murakami as a writer: “In Paris, Mr. Murakami mentioned that, when writing his books, he does not plan out his stories in advance, and, as actors, we have to go on stage pretending like we don’t know the story and move according to how other characters make us feel in that moment and by repeating that we create a story.”

Kiba then realized that he had been doing exactly what Murakami does on paper, but on stage.

Kiba will also take part in the next HoriPro Stage project, After the Quake, as “Kaeru-kun,” the frog. The show premieres on July 31.

The offer caught him off guard, says Kiba, but he is excited nonetheless for the opportunity. “You can’t prepare to be a frog, can you? I mean I have no idea how a frog feels — absolutely no clue — but that also gives me more freedom. I’m looking forward to the frog,” says Kiba with his charming smile.

Despite his long and brilliant acting career, Kiba, in a humble tone, confesses that he has yet to overcome his shyness when acting in front of people.

When asked what makes him continue acting, he says: “As actors we say and do weird things. And as we say our lines to each other on stage, changes occur in our emotions. It’s that moment when a little flame lights within you as you listen to their words and watch their movements.”

He adds that it would be exhausting if that happens regularly in our personal lives, but theater makes it possible for him do it every day — “and once you discover that you can exchange those emotions on stage, it becomes quite addicting.”

How will Kiba release his blaze of emotions in his upcoming performance? The marvelous return at last of Kiba’s Nakata — on stage — is surely a “must see.”