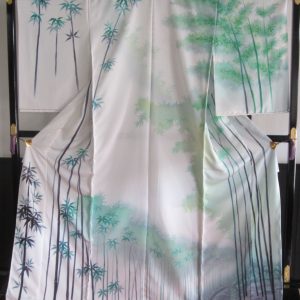 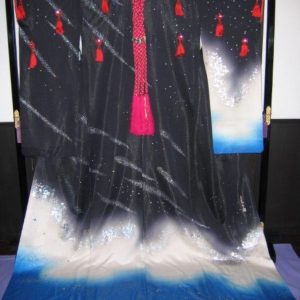 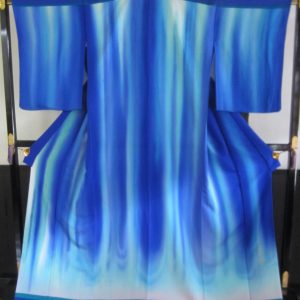 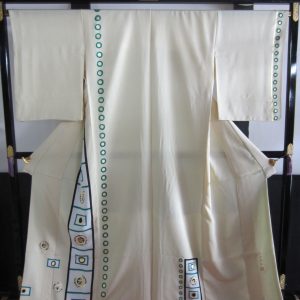 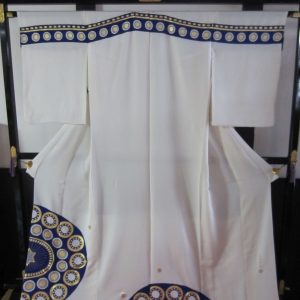 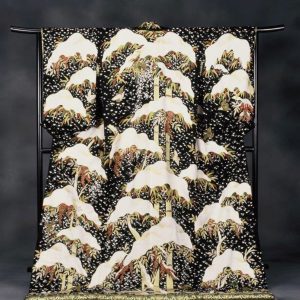 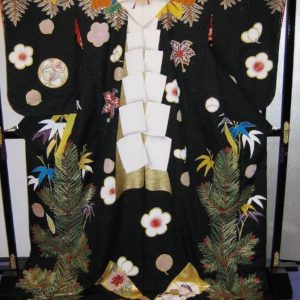 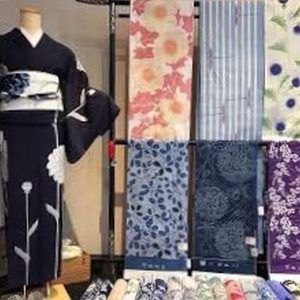 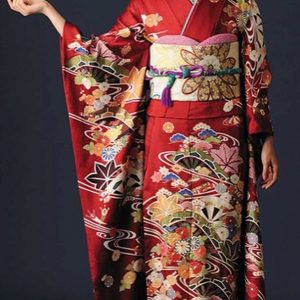 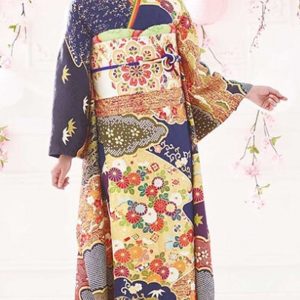 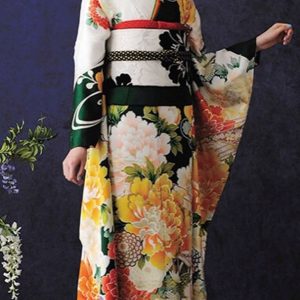 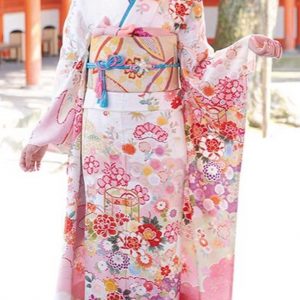 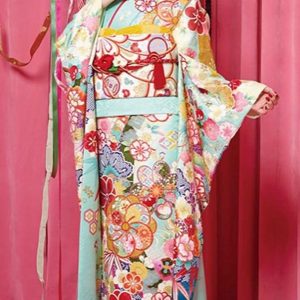 Kimono – the simple yet timeless elegant garment that is traditional Japanese fashion. From the powerful samurai in battle to graceful geisha dancing in tea houses, kimono has a special place in Japanese culture.

Kimono, much like any fashion, has evolved over hundreds of years, but is now facing a less than certain future. Has the kimono industry already collapsed, or is there a chance it will survive?

It is believed that the original kimono were styled after the Chinese hanfu (Chinese Han clothing) between the Kofun and Heian periods (300 AD – 1185), when China had a large influence on Japanese culture. The long flowing Chinese robes closely resemble Japan’s junihitoe, the twelve-layered silk kimono now only worn by court ladies on the rarest of occasions.

As time passed, the layers and skirts disappeared and the need for an obi (belt) arose. The Edo Period brought longer sleeves and wider obi into fashion and little has changed since then. As the Meiji period introduced Western clothes and thinking, people slowly began to shed their traditional kimono for clothes that would allow greater mobility at a lower financial cost.

In the Modern Age

Currently in Japan, the kimono is mainly seen as something to be worn during special ceremonies; used to celebrate important milestones in one’s life such as the 3-5-7 ceremony, the coming of age ceremony and weddings. As the price can be prohibitive to outright buy and many are unable to even dress themselves properly, many people organize rentals through kimono shops, photography studios or other means. To do so, many people turn to the internet in search of the perfect rental kimono, forgoing the loans that may be needed to actually purchase one that would be used less than a handful of times.

Troubles in the Market

Due to the decrease in people purchasing new kimono, the various ways of production and sales have likewise been declining and there is fierce competition to corner the shrinking market. The industry is well aware of the looming risk and is trying to find ways to improve its chances of survival in this fast-fashion world.

How bad is it? Here are a few numbers that can give us an idea of how the market is faring these days. According to one study, the retail market for kimono was 650 billion yen (around 6 billion USD) in 1999. But, in 2016 it was down to 278.5 billion yen (about 2.5 billion USD). As can be expected, a large number of stores have shut down, reorganized, merged or have been bought out by other stores. One store also famously shut shop without telling its hundreds of customers that it wouldn’t be able to provide their coming of age kimono or services, leaving them without on one of the most important days of their young lives.

Some may wonder why people wouldn’t just buy a kimono if it matters so much.

Unlike a prom dress that may cost a twenty or thirty thousand yen (around 180 to 300 U.S. dollars), a special occasion kimono can easily cost hundreds of thousands of yen (thousands of U.S. dollars). Even a regular kimono and obi have a hefty price tag compared to the much more sensibly priced western clothes. Therefore, kimono are seen as luxury items and they often require large sums of money upfront, or loans, to allow the purchaser to acquire their new treasure.

Regrettably, the loans of the past have become more difficult to come by due to loan and credit laws becoming stricter compared to the bubble-era. Businesses in recent years have found it difficult to ensure a steady cash flow and closures have been occurring at an increasingly rapid pace.

Of course, not only stores are affected by this decline. Kyoto district dye makers felt a sharp decline in production by about 97%. This steep decline has also been seen in Kagoshima. Demand peaked in 1976, but now is down by 99.33%. Nishijin Textiles has also been facing a steady decline with a demand of 10% or less compared to the 1980 level.

In part to the falling demand for these very specialized craftsmen and compounded by low wages, it has become a graying industry that may soon die out if the craft isn’t preserved or revived. Since producing traditionally made kimono is becoming a difficult and pricy task, production of garments has shifted to using more modern techniques or having them produced overseas and sent back for sale.

Cheaper foreign-made kimono, second-hand kimono and rentals will continue to have a role in the market, but there needs to be a revival of traditionally produced kimono to preserve the techniques that have been passed down from generation to generation.

The loss of traditional techniques and skills doesn’t have to be, if businesses are able to gain consumers’ confidence and interest again by following what the consumer demands. This applies not only to retail outlets, but to the dye makers and weavers as well. Some retail outlets and craftsman are holding events and workshops to allow potential customers learn more about the kimono-making process, purchase made-to-order kimono, and also offer special services such as cleaning, to strengthen the understanding of kimono production in interested customers.

Stores may also host kitsuke (kimono dressing) classes to teach customers how to wear the seemingly complex layers with ease. By pushing for more interaction, more people will understand the importance of preserving locally sourced kimono and the traditional art may survive, even in this fast fashion society.

If you want to have a true Japanese experience by renting a kimono or perhaps even by having one made for you, it may seem like a daunting task. However, with the help of locals, it can be achieved. For example, if you contact glinejapan@gmail.com, they will be able to assist you, even if you are only in Japan for a short visit. In addition, they have after-sales care available so that your new treasure will remain in top condition for years to come.

(This article is published in cooperation with Senshokukan in Japan. Let us hear your thoughts in our comments section.)

Leslie Ann Takinami is a freelance writer with extreme interest in travel and culture in Japan. She has lived in Japan for 12 years and studied at Sophia University.