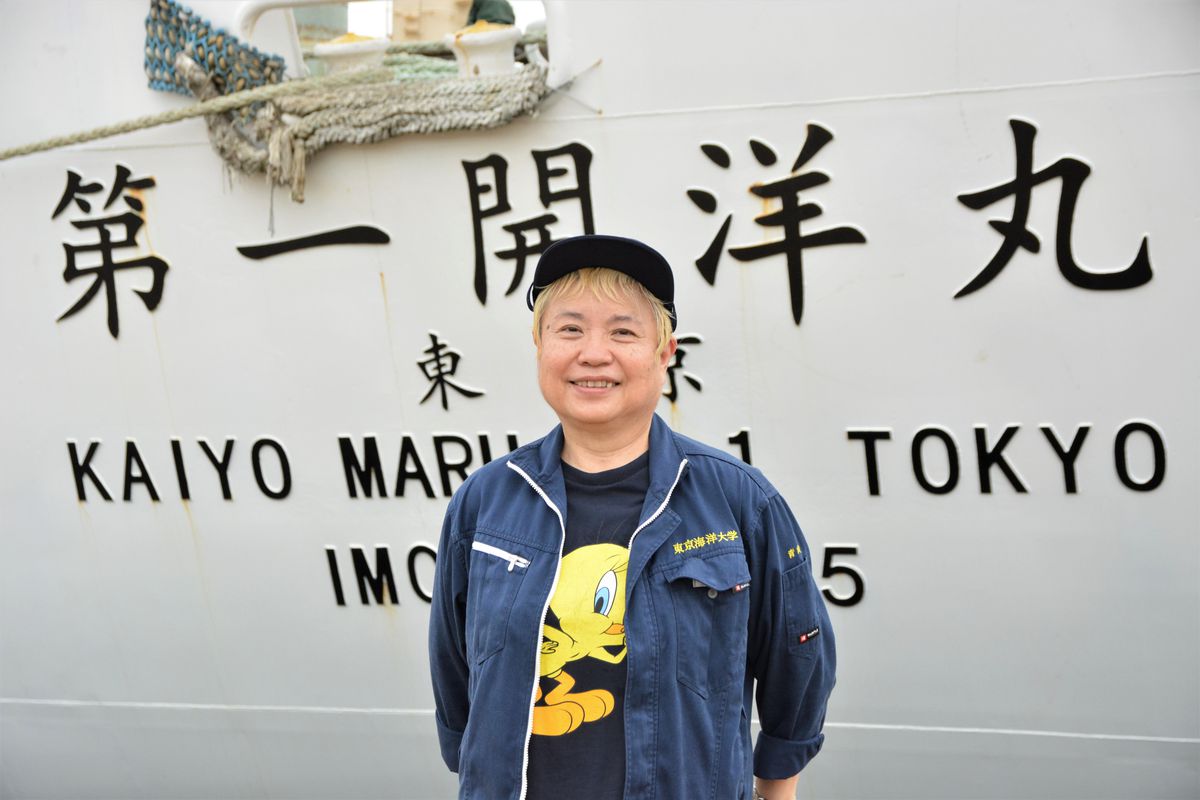 In early July, new discoveries were made when Japan’s Independent Institute Inc., a Tokyo-based think tank working with Niigata University to promote the development of methane hydrate recovery technology, surveyed the seafloor off Joetsu City, Niigata Prefecture, where a large amount of methane hydrate is believed to exist.

Interested in the prospects for this natural energy resource and outlook for the future, The Sankei Shimbun and JAPAN Forward caught up with Chiharu Aoyama, the institute’s president and a specially appointed associate professor at Tokyo University of Marine Science and Technology to learn about the survey results and hear her take on the outlook for the future. Excerpts follow.

What kind of recovery technology are you developing for this natural resource?

The idea is to set up a large dome-shaped membrane on the seafloor and mine methane hydrate from underneath it. Just the methane would be separated and transported via pipe to an offshore platform (recovery production base).

Any methane leaked into the sea would be collected inside the dome, so we expect to achieve a high recovery rate. In addition, because the area would be covered with a membrane, suspended solids (substances mixed in the water) from the mining process would not leak out, thereby limiting any impact on the surrounding environment.

Placing the dome to protect the seas must be a complex process. How is it done?

There is an area about 40 km north of the Naoetsu port in Joetsu City where a large amount of methane hydrate is believed to exist. An acoustic Doppler current profiler (ADCP) was installed on the seafloor at a depth of about 900 meters, where it collected data for about a week on the ocean current velocity near the seafloor. Understanding the speed of current will allow us to determine the required weight of the anchor to be attached to the dome-shaped membrane.

What data were obtained?

We found there to be very little current near the ocean floor, with a current speed of only about one centimeter per second. Such data had never been available before. The fact that the ocean at the seafloor is calm suggests that the dome-type membrane method would be suitable for this area.

In the future, we plan to set up a current meter for a longer period of time to see how the currents change with the tides and seasons.

What are your future plans?

We plan to conduct methane recovery experiments using this method before the end of the next fiscal year, aiming to come close to perfecting the technology by then.

How will the recovered methane be used?

Personally, I think it would be a good idea to have companies in Niigata Prefecture participate in the project, locally producing methane for local consumption.

We are also currently conducting tests on a submarine method of turning methane into hydrogen. We hope to conduct an experiment in the next year or so whereby hydrogen is produced from methane using a ship.

What was the reason for the survey you conducted off Sado Island?

In a seven square-kilometer area off the northeast coast of Sado Island, we found about 200 points where methane bubbles are rising like columns from the seafloor to the sea surface. When the same area was surveyed five years ago, only 37 such spots were found. Our survey showed that the number has increased.

Will dome-type membranes be used for recovery here, too?

We envision setting up small-scale dome-type membranes where the methane is bubbling up to collect the methane within the membranes. This could also contribute to the fight against global warming.

Methane is a greenhouse gas even stronger than carbon dioxide, and if it reaches the sea surface, it enters the atmosphere. If left unchecked, this methane will exacerbate global warming.

So, from the standpoint of combating global warming, it should be recovered.

In fact, the government has been unaware of the large reserves of methane hydrate where they are theoretically present in this area off the coast of Sado Island. I would like to report the results of our survey to the government and recommend recovery in this area as well.

Methane hydrate, also called “fire ice,” is an icy mixture of methane, the main component of natural gas, and water.

(Read the interview in the Sankei Shimbun in Japanese at this link.)