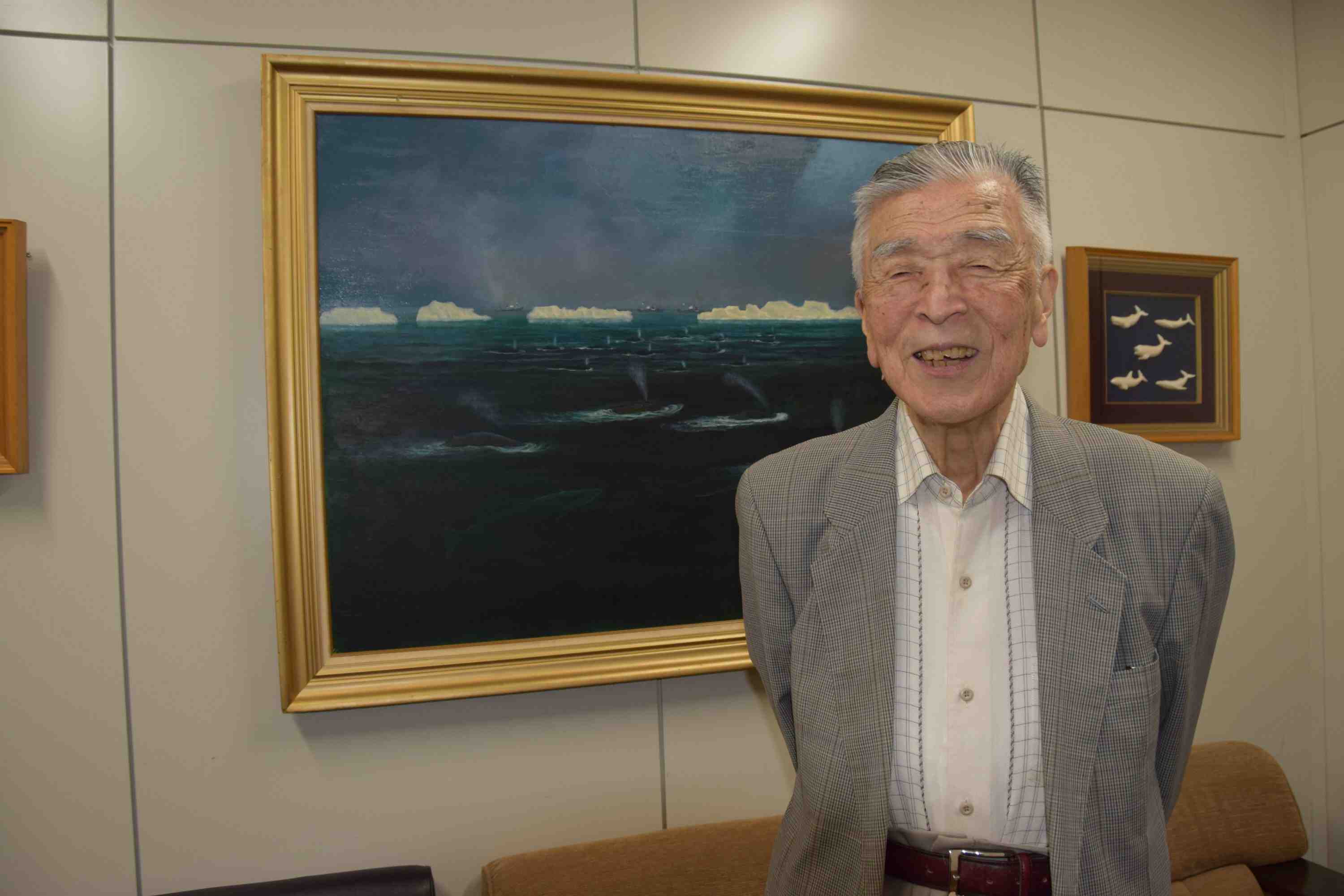 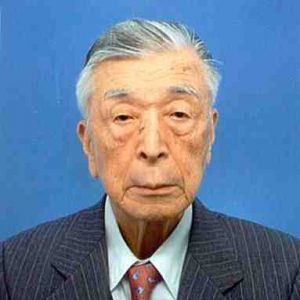 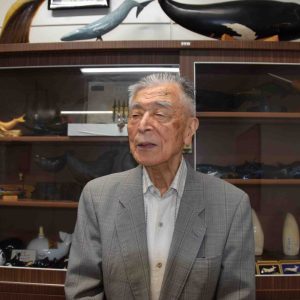 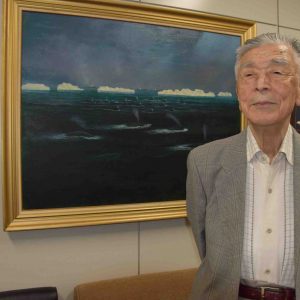 Dr. Seiji Ohsumi, the Japanese expert who helped guide the study of whales for more than half a century and was also recognized as a walking encyclopedia on the history of whaling in Japan, passed away on November 2. He was 89.

Before his death, Dr. Ohsumi, who was honorary advisor to Japan's Institute of Cetacean Research, spoke passionately about whales in an interview with Yasuo Naito of The Sankei Shimbun and JAPAN Forward, sharing his views on where Japan should be headed after its withdrawal from the International Whaling Commission (IWC) in July 2019.

In the interview, Dr. Ohsumi emphasized that “sustainable whaling” with responsible human management of the whale resources is the ideal option, if one considers the overall issues in the global environment. Discussing Japan’s withdrawal from the IWC, he elaborated on the organization’s future, explaining how it lost the purpose for its existence and predicting that it would collapse as a result.

Dr. Ohsumi, how did you get involved in the study of whales?

I was a poor student from Gunma, a prefecture with no beach and hardly related to whales. It all started from my part-time job at a research institute, now known as the Institute of Cetacean Research. My university graduation thesis was on the breeding of Bryde’s whales. I considered finding a job post-graduation, but in the end I went to graduate school and worked part-time at the research institute.

What sort of impact will withdrawal from the IWC have on cetacean research in Japan?

Japan carried out research whaling in the Antarctic and North Pacific, and by discontinuing this research, I anticipate there will be various scientific inconveniences, particularly in the Antarctic. By that, I mean that research by visual inspection alone is not sufficient to complete a scientific survey. There are many facets, such as issues with breeding, which cannot be learned without capturing and examining the inside of their bodies. Australia, among other countries, is currently carrying out a whale research program of their own, but the scale is very small and does not cover the entire Antarctic.

I believe research in the North Pacific is partially covered as Japan has resumed whaling. Japan has withdrawn from the IWC, but we still share our ships with the IWC research teams. We will continue to contribute to the IWC's scientific research, despite leaving the IWC.

So Japan will continue to cooperate with the IWC?

In cetacean research, on the one hand, there are facts about whales that would never be understood unless we catch them. But, on the other hand, there are also things we can do without physically taking them. For example, we can carry out whale watching, take care of whales in aquariums, regulate maritime traffic to prevent ship-whale collisions, grounding and bycatch, to name a few, and I hope that cetacean research will continue to develop into something larger to cover these types of issues.

So cetacean research in Japan will not be isolated from the rest of the world, even after withdrawing from the IWC?

That’s right. As a matter of fact, there are many Japanese researchers who have taken part in this year’s IWC Scientific Committee and also in the North Pacific joint research project. Japan is scheduled to dispatch a research vessel for visual scientific surveys in the Antarctic Ocean — Japanese whaling ships are best suited for research.

I think Japan will never detach itself from the IWC. The IWC Scientific Committee, at least, values and is expecting Japan’s participation. Because of that, Japan will continue to actively cooperate in carrying out research.

Japan is often criticized over whaling. However, there are other whaling countries in the world, like Norway and Denmark. Why is the focus on Japan?

Perhaps there is some sort of jealousy toward economically successful Asians in Western countries. When you see how different minority groups are discriminated against, you realize such feelings really do exist in their society. I went to the military academy for juniors when I was young, so I might be prejudiced toward Westerners, but there may be an ethnic issue behind their criticism, too.

Honestly, I don’t like to use the term “commercial whaling.” It leads to misunderstandings. Anti-whaling groups have constructed this image where whales are captured for commercialism, making it seem like people are doing it for the money, but that’s not true. Preventing the loss of a resource as valuable as whales requires using them sustainably, and that is where whaling is headed. Management by humans is essential.

Discontinuing whaling will not lead to solving all the problems. In fact, I think it is more accurate to call Japan’s activity sustainable whaling. It is by no means commercial whaling. Indeed, I believe there will be no whaling for profit from now on.

At one time, Western countries carried out really wasteful whaling just to get whale oil. That won’t happen in the future because such kind of whaling is unimaginable now.

It has been expressed that Japan brought back commercial whaling, but I don’t see it that way. I think it’s different, even though the Japanese government has called it resuming commercial whaling. The term plants the wrong idea in people’s minds.

Are whales considered sacred animals by some countries?

Whales are fish to me. I don’t understand people who say whales are highly intelligent mammals. It is not consistent with our understanding of them.

Some time ago, when I participated in a meeting held in Buenos Aires, a friend took me on a drive into the outskirts of the city. There were cows sporadically spread throughout the fertile grasslands known as the Pampas. The owner of a farm there told me that they control their herd by thinning out the excess number of cows. I immediately thought that whaling today is exactly like free-range cattle, but out in the ocean. The whale population expands as the whales feed on plankton and fish in the sea. Present-day whaling is simply thinning out the population to appropriate numbers. Since then, I’ve been saying, “Whales are like free-range cattle, but out in the ocean.”

If you think about it, animals in barns are locked up in a small space and they are all destined to be killed in the end. However, free-range cattle and whales live their lives freely, with the probability of being an unlucky one caught by humans similar to the chance of ending up in a traffic accident. A vast majority of whales get to live out their lives.

The question is, which animals are happier? I’d like to think that whales are overwhelmingly better off by living in freedom.

Is that why you carry out research to investigate the number of whales and their ecology?

That’s right. Take the sika deer population. You can see that, without management, there would be far too many of them now. The best way to not destroy the environment is to thin out the overpopulation and utilize it. Human management to control the overpopulation is important, whether it is whales or free-range cattle. Whaling is just one way to put nature’s productivity to practical use.

What happens if it is simply left to nature?

Interesting question. Frequently it is noted that whales eat a massive amount of fish, which impacts the fishing industry. There is also the issue of getting rid of dead whale carcasses that wash ashore. Recently, the frequency of whale beachings has increased due to the growing whale population, but getting them off the shore is very difficult as they are quite large in size.

Wasn’t the whole point of the IWC to manage whaling?

That’s right. But the purpose got twisted when anti-whaling countries came into the IWC.

What will happen to the IWC?

It will probably collapse, I think. The reason for its existence has been lost since the IWC has become an anti-whaling organization.

Is there any message you would like to convey to people of the world?

I would say, let’s go ahead and consume whales. Whales living freely are much happier than pigs and cows that are just waiting for slaughter. That’s how I see it. I would ask everyone, “What do you think?”

Seiji Ohsumi was born in Gunma Prefecture in 1930. He was 89 years old.

Dr. Ohsumi was a member of the 49th graduating class of the Imperial Army preparatory school known as the Military Academy for Juniors and Seniors. Subsequently in university, he studied Bryde’s whales and later proceeded to broader cetacean research, graduating with a PhD from the University of Tokyo. He attended the International Whaling Commission meetings continuously from the mid-1960s, dedicating himself to the advancement of cetacean research.

He was the chairman of the Japanese Institute of Cetacean Research from 1995 to 2004. He was awarded with Japan’s Order of the Sacred Treasures in 2002, and the Royal Norwegian Order of Merit in 2006. His written works include Whales Used to Walk on the Land: The Biggest Mystery about Animals in History (2007, Japanese only, PHP Publishers), Whales and the Japanese (2003, Japanese only, Iwanami Shoten publishers), and Half a Century of Pursuing Whales – A Proposal for a New Whaling Era (2008, Japanese only, Seizando Publishing Co.).

Interview by: Yasuo Naito, for The Sankei Shimbun and JAPAN Forward