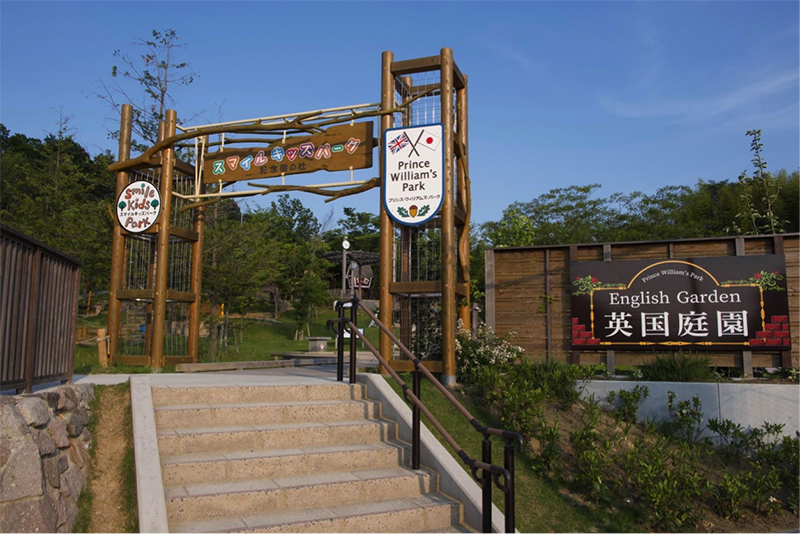 Many regions across Japan share a long history of cultural exchange with other places around the world. There is one exchange, however, which is a little less known but holds great significance: the relationship between the Royal Borough of Kensington and Chelsea in London, England, and Motomiya in Fukushima Prefecture, Japan.

Following the 2011 Great East Japan Earthquake and Tsunami, many countries initiated community projects with Japan to show solidarity with the disaster victims. One such project was the building of the Fukushima Garden in London’s Holland Park in the Royal Borough of Kensington and Chelsea.

The Fukushima Garden was built in July 2012, a year after the Great East Japan Earthquake. It can be found next to the popular Kyoto Garden in Holland Park. The Fukushima Garden was designed to be a place for quiet contemplation for those who were affected by the 2011 disaster. As such, the garden has become a symbol of unity between the people of Japan and the United Kingdom.

The previous Emperor Akihito visited the Fukushima Garden in May 2012 while on a trip to the U.K. to commemorate Queen Elizabeth II’s Diamond Jubilee. The Emperor wrote a letter of support for the Fukushima Garden which has been displayed on a plaque there to express how deeply moved both he and the Empress were by the response of the U.K. He also praised the valuable relief activities by the U.K. to support those affected by the disaster.

July 2015 marked the third anniversary of the Fukushima Garden. To celebrate, a ceremony was held, and for which the Governor of Fukushima, Masao Uchibori, specially flew in from Japan. During Mr. Uchibori’s time in London, Councillor Robert Freeman, who was the mayor of the Royal Borough of Kensington and Chelsea at the time, proposed to construct a “sister” British Garden in Fukushima Prefecture.

Mr Uchibori took the proposal back with him to Japan, where it was very well received — eventually leading to the construction of the garden in November 2017.

A Visit from the Duke of Cambridge

In February 2015, Prince William from the British Royal Family visited Fukushima during an official trip to Japan. The visit was significant since it came at a time when people had reservations about going to Fukushima. The positive impact of the Prince’s visit can be felt in the prefecture to this day.

During Prince William’s stay in Fukushima, he visited Smile Kids Park in Motomiya, where he had the opportunity to meet some of the parents and children of the city. Notably, the Prince also planted an English oak tree in the park, which was meant as a symbolic wish for Fukushima’s speedy recovery.

Prince William’s visit to Motomiya was warmly welcomed — so much so that the park where he planted the tree was subsequently nicknamed Prince William’s Park. It later received approval for use of the name and formal recognition by the British Royal Family. 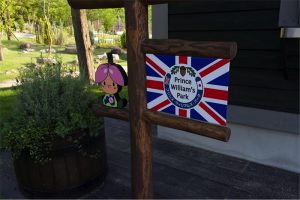 Prince William’s Park has gone on to become an incredibly popular place for the families of Motomiya and Fukushima. But perhaps, more importantly, the park also sends a strong and yet simple message to the rest of the world: if Fukushima was safe enough for a prince and future king of England to visit, then it is safe enough for the people that live here and for the people who visit. 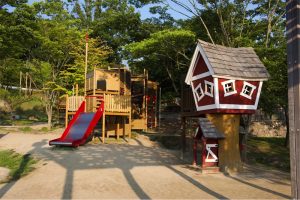 Returning the Gesture: An English Garden in Fukushima

In 2017, in conjunction with Motomiya’s 10th anniversary of gaining city status, work began to build the English Garden within Prince William’s Park. The garden has since been enjoyed by people from all over Fukushima Prefecture. Many British guests, such as Motomiya’s Goodwill Ambassadors from the U.K., Rugby Football Union CEO Bill Sweeney, staff from British sports car manufacturer Aston Martin, and members from the British embassy in Tokyo have also visited, and even kindly donated English roses to the garden.

The English Garden was designed by Yoshihiro Hamano, who was the former gardener at the British embassy in Tokyo. It is now enjoyed by both residents inside and outside of Fukushima Prefecture. 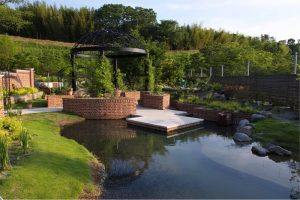 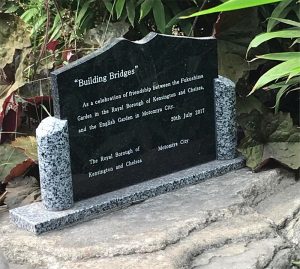 Since the installation of the British Garden in Motomiya, the relationship between the city and the Royal Borough of Kensington and Chelsea in London has increased steadily each year. In the last two years, students from Motomiya’s junior high schools have had the opportunity to visit London, and the first exchanges with students from two London schools began in 2018.

Motomiya now has a yearly English festival that takes place next to Prince William’s Park, which also features tribute acts to iconic U.K. artists, such as the Beatles. The festival even has many British food on sale, with everything from traditional English scones to delicious fish and chips.

The relationship between Kensington and Motomiya City is an example of what can be achieved by two parties when they work together for the common good. The road has been paved for future generations of both Kensington and Motomiya to engage in cultural exchange — and, through their relationship, we are also reminded of the value of friendship during the hardest of times.