Spot the Differences: How The Media Rate Video Games in Japan and the West 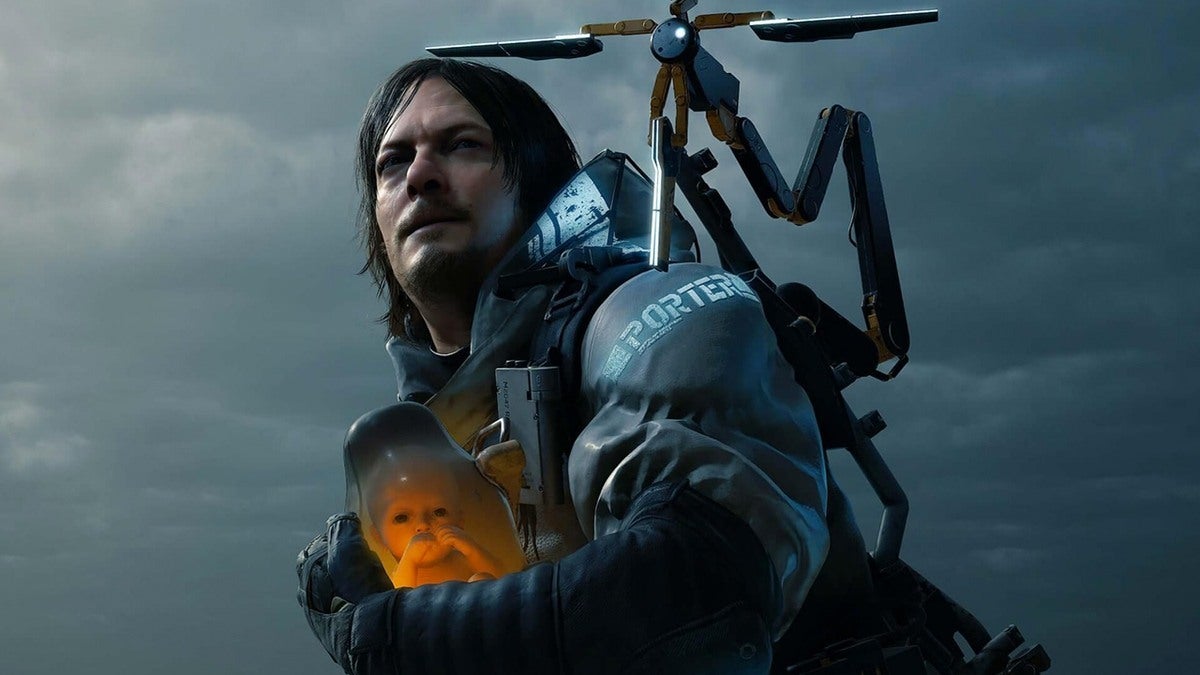 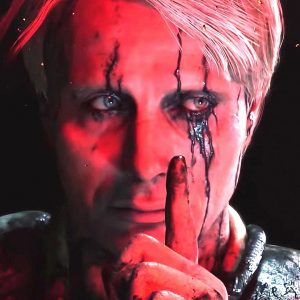 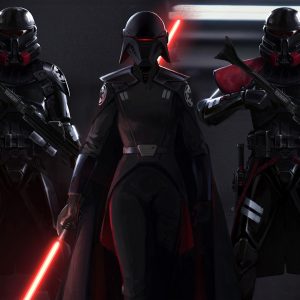 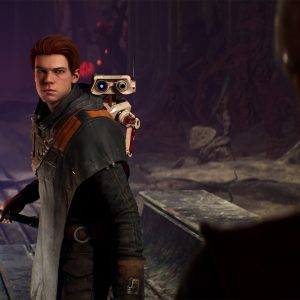 We like to think that fans of music or movies or video games are pretty much the same all over the world, but, in reality, cultural differences can be hard to ignore.

Recently there were a couple of incidents at the video game news site I run that highlighted the differences between video game fans in Japan versus those in the West. And while this stuff is never empirical or scientific, it’s interesting to analyze, nonetheless.

The news site in question is IGN Japan, the Japanese-language edition of IGN, the world’s biggest game and entertainment news site. IGN has editions in 30 countries and 26 languages. I am chief editor of the Japanese edition.

One of IGN’s strongest features is its carefully curated game reviews, which give a detailed description of a game’s good and bad points and a definitive score at the end, on a scale of 0 to 10.

This in itself is a point of cultural difference — very few publications in Japan run in-depth game reviews. In the West, we are used to seeing subjective reviews of entertainment products, but in Japan this is far less common, especially for games. Instead, major publications will offer fact-based introductions that do not offer an opinion, or they will give the opinion of specific writers rather than of the publication itself.

So when we launched IGN Japan in 2016, we immediately drew both praise and criticism from the local Twittersphere. To our detractors, our honest reviews no doubt seemed abrasive, especially when we gave a low score. But, after three years, our readers and industry partners seem to have gotten used to our way of doing things.

Which leads me to the incidents I mentioned earlier. 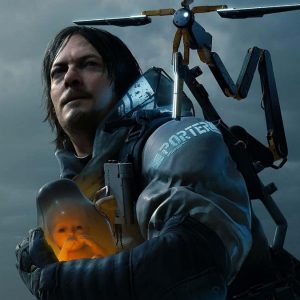 The first was our review of Death Stranding, the long-awaited and much-hyped new game release from Metal Gear Solid director Hideo Kojima.

To put it mildly, Death Stranding is a game that divides opinions. Kojima’s games often do — Metal Gear was a highly influential series of games that broke boundaries with their unusual play mechanics, and over the course of several entries they built a lore that was epic in scope, which some players considered tantalizing and profound, others rambling and confusing. Kojima produced ever-longer cut scenes that could seem self-indulgent; his cinematic ambitions even saw him cast Hollywood actor Kieffer Sutherland as protagonist Snake in the final entry of the series, Metal Gear Solid V.

So we knew that Death Stranding would be a divisive game. In the end, when it was released in November 2019, the way the game was reviewed was illuminating, to say the least. Scores were all over the map — with U.S. game site Giant Bomb calling it “a bizarre, self-indulgent mess” and awarding 40%, to a dozen or so sites giving it a perfect 100% score, with a respectable Metacritic average score of 82%. But what really stuck out to me was the difference in opinion among players in Japan compared with elsewhere.

IGN’s English site gave Death Stranding 6.8 out of 10, writing, “There is a fascinating, fleshed-out world of supernatural science fiction to enjoy across its sprawling and spectacular map, so it’s a real shame that it’s all been saddled on a gameplay backbone that struggles to adequately support its weight over the full course of the journey.”

IGN Japan, however, gave a much higher score of 9.5, enthusing, “A fresh new gameplay experience with breathtaking photorealistic yet surreal visuals, Death Stranding provides an experience that goes beyond the usual boundaries of video games.”

The score at either IGN edition could have been higher or lower if they were reviewed by a different writer in their regions. But the interesting part for me was that the two reviews showed a difference in cultural perspective.

I think there are a number of factors about Death Stranding that resonate with gamers in Japan differently than elsewhere.

It’s sometimes obtuse story and fantastical setting are right at home in a land raised on anything-goes animé, where outlandish and fantastical ideas are often given room to breathe over a lengthy season arc. The same goes for Kojima’s method of storytelling, with dialogue that is heavy on exposition. Western audiences acclimatized to more recent Hollywood movies may be more likely to wince, but, in Japan, movies, animé, and TV shows deliver exposition via often verbose dialogue.

Death Stranding is built around themes of connection, which manifest in both its story and its mechanics. Players interact indirectly online to affect each other’s game in a broadly cooperative way. Not only are these elements that we have seen before in Japanese games from Dark Souls to The Tomorrow Children, but they are also in line with how Japanese netizens favor the anonymity of Twitter (and Mixi before it) to the more in-your-face interactions of Facebook. The cooperative factor, meanwhile, echoes the emphasis of social harmony in Japanese society and many of its most popular games.

Also, it is a game where obstacles are overcome by the stoic endurance of both protagonist Sam Porter Bridges (excellently portrayed by actor Norman Reedus) and the player himself or herself. Yes, human and supernatural enemies try to impede your progress. But rather than rely on excessive violence, Death Stranding keeps these entanglements to a minimum. Really it is about mankind’s place within nature and society, both of which can be friend and foe — and finding the strength to keep pressing forward, even when the odds seem insurmountable. Anyone who has ever worked Japanese office hours will know what that feels like.

That’s not to say that Western audiences don’t appreciate those elements — just that these are very natural touchpoints for players here in Japan.

We had the second incident soon after, in mid-November. Star Wars Jedi: Fallen Order is an action game that tells a new story officially sanctioned by Lucasfilm. It’s set after Revenge of the Sith, when young padawan Jedi Cal Kestis must learn the ways of the Force and help save the galaxy from evil.

Star Wars is hugely popular in Japan, as it is everywhere. But, this time, we saw the reverse effect from what happened with Death Stranding.

Fallen Order was developed in the United States by Respawn Entertainment. It is an extremely well-made game — visually, it’s a little rough around the edges, but it sneakily borrows traits from a number of top-class action games: the battle system from Dark Souls, the exploration from Uncharted, the environmental puzzle-solving from Tomb Raider and God of War — and re-rolls them in its own way. More importantly, the developers have prioritized immersion in their Star Wars world, meaning a minimal user interface and a more subtle type of storytelling.

IGN’s U.S. reviewer gave the game 9 out of 10, writing, “A strong cast sells a dark story while keeping things fun and loyal to Star Wars lore, and fast, challenging combat mixes with energetic platforming, decent puzzles, and diverse locations to explore for an all-around amazing game.”

In Japan, the semantics were different. Fallen Order’s progressive features leave a lot to the player’s imagination, but here in Japan players are used to something more direct. As such, we heard from our Japanese reviewer and also from some of our readers/viewers that they had trouble figuring out which paths to follow in the game. Our reviewer felt the developers had chosen to create an immersive world at the expense of clarity; he opined that a game should be a game — not try to look like a movie.

In the end, our reviewer gave the much lower score of 7.5 out of 10, concluding: “As the first single-player Star Wars action game to be released in a number of years, Jedi: Fallen Order provides a novel opportunity to visit a variety of planets and explore them in depth. However, it fails to build upon innovations from earlier Star Wars action games such as implementation of Force abilities and ease of navigation, with the result that part of its design feels stuck in a previous era.”

Monster Hunter, the series that was long held aloft as a prime example of Galapagos gaming because it sold millions of copies in Japan and close to none elsewhere, was reinvented in 2018 by developer Capcom as Monster Hunter World, with a more modern design. The reboot appealed to fans all over the world and broke Capcom’s sales records.

Japanese games once again light up the charts and the yearend awards lists the world over. Coincidentally, exceedingly Western-style titles like Call of Duty have started to sell big in Japan.

But, just like that hilarious 2019 movie chart listing Avengers: Endgame dominating the No.1 spot in every major market in the world except for Japan, where it was beaten by domestic animé movie Detective Conan: The Fist of Blue Sapphire, every now and then we see reminders that what players want can vary from culture to culture. We shouldn’t read TOO much into it, but it’s definitely fun to spot the differences.