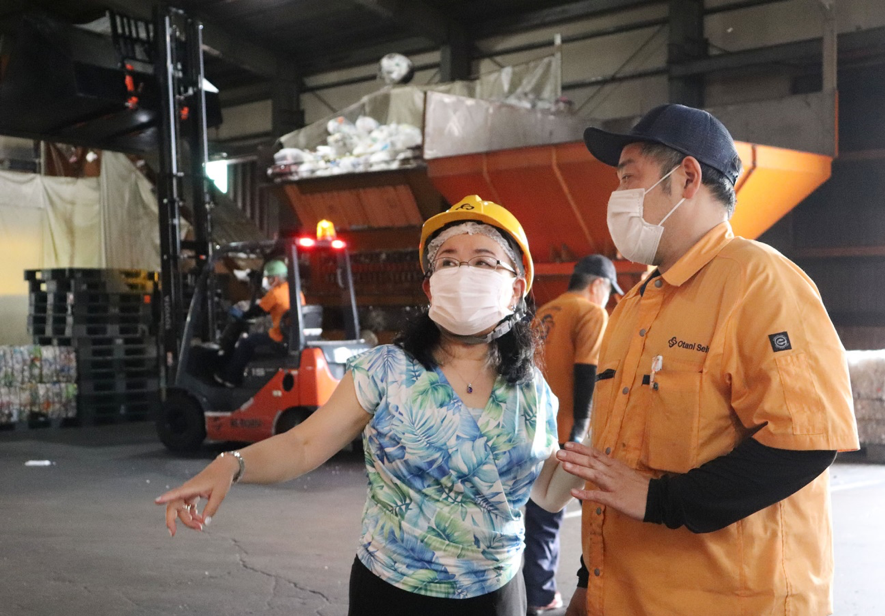 A woman of Katsushika Ward in Tokyo inherits her father's waste collection business and transforms it to include recycling and product creation. Her name is Reiko Futagi, President & CEO of Otani Seiun K.K.

Her company's roots lie in the waste collection from Washington Heights, a housing complex for US Occupation forces, established in Tokyo shortly after World War II.

In addition to proposing ‘Re-Slim,’ a lifestyle designed to slim down consumption, Futagi is working to establish a women's council within the Japan Federation of Industrial Waste Management and Recycling Associations, to improve the status of women in the industry.

After the war, a housing complex was built for officers of the General Headquarters of the Allied Forces (GHQ) and their families on the burnt ruins of a training camp in Yoyogi, Tokyo.

The 924,000-square-meter Americanized town of Washington Heights was comprised of 827 units that were fully furnished and equipped, even with kitchen utensils. The occupants led typical American lifestyles, disposing of large quantities of leftover food, paper, metal, and other waste.

Otani Seiun traces its roots back to Washington Heights, where it collected leftover food to use as feed in pig farming and empty cans to use as recycled raw material for steel manufacturing.

Originally the waste division of a group company of Otani Heavy Industries (formerly Otani Kogyo), the company was started by Yonetaro Otani, who was also the founder of Hotel New Otani, one of Japan's leading hotel chains.

Reiko Futagi's father took over the business in light of a government request to establish Hotel New Otani in preparation for the 1964 Tokyo Olympics. This marked the beginning of Otani Seiun.

Read the full interview here to find out how Otani Seiun CEO Reiko Futagi is empowering women in the waste industry and working to promote sustainable lifestyles. And find more great articles on the environment and the challenges of achieving the SDGs, on our new website Japan 2 Earth, sparking a transition on the environment and SDGs.