INTERVIEW | Fishmonger Asana Mori: ‘Whale is Delicious so First, Give it a Try’

Beyond Murakami: Norway and Japan’s Shared Tradition of Whaling and Whale Cuisine

Kamogawa Sea World at 50: Looking Ahead, More Important than Ever to the Preservation of Japan’s Marine Species

Storms and Protests During the First Month of Taiji’s Dolphin Hunts, Minus the Foreigners 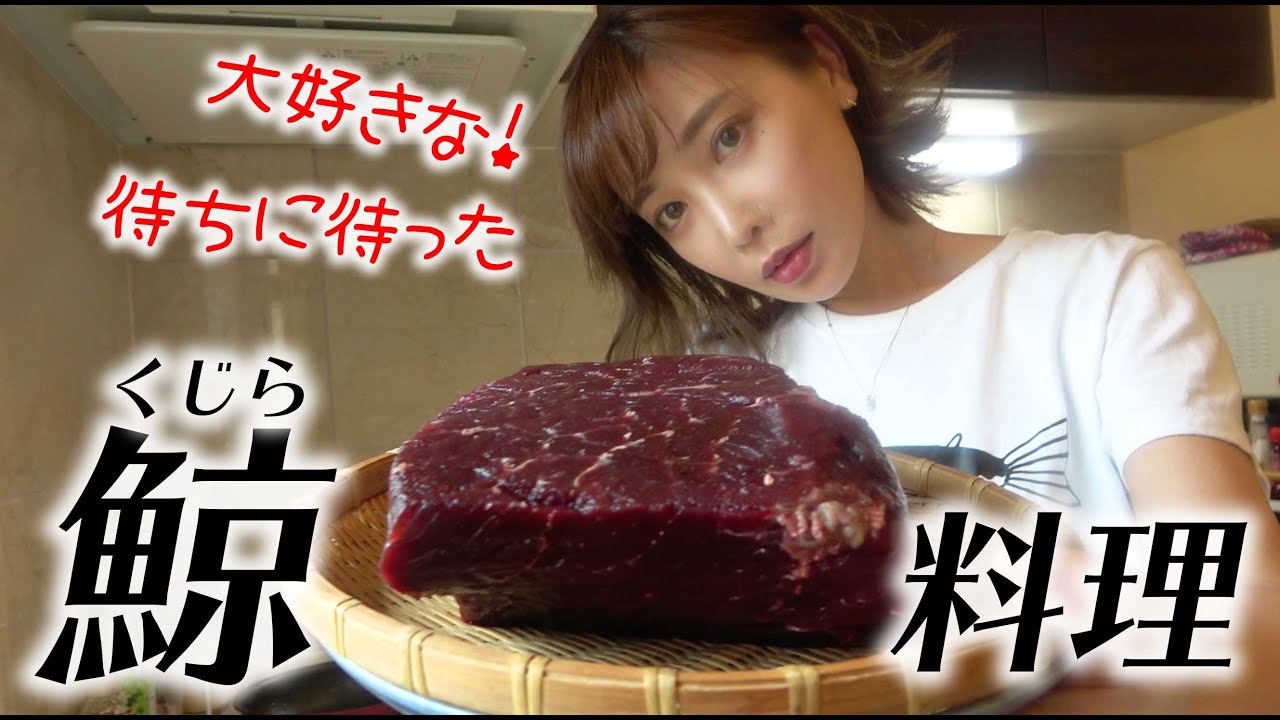 Asana Mori has garnered significant media attention as she spreads her love of seafood and whale through her popular YouTube channel, SAKANAYA no MORI-san and in her interviews with the website, Kujira Town.

In this, the second part of her interview, she shares her experience of studying abroad, during which she learned about the myths and perceptions of Japanese people and their whale food culture from an overseas perspective. Mori also talks about her conversation with a tourist who visited her restaurant.

Have you been eating whale since you were a child?

No, I tried whale for the first time when I came back to Nagoya to work for Kotobuki Showten. The president suddenly told me that he wanted to start selling whale meat, and he became very enthusiastic. I was initially against the president’s idea because eating whale was still a new experience for me, and I thought he was getting himself involved in a bad thing.

Why did you think it was bad to sell whale meat?

While I was studying in New Zealand as an exchange student, some discriminatory remarks were directed at me simply because Japanese people eat whale meat.

New Zealand is home to many French people, and France has a strong animal rights ideology. So I would often overhear them expressing their disdain for Japanese people because we eat whale meat. Some cafes even refused to serve me during anti-whaling protests. That’s why I initially opposed the president’s plans.

But once I realized that whale meat actually tasted good and saw the sincerity of my father’s passion, I started wondering whether I had formed a preconception about eating whale meat without having investigated the truth.

Seeking the truth through diligent research.

What did you do to find out the truth?

I read a lot of books, and various opinions on the internet. I visited foreign websites, because limiting my research to Japanese websites might have given me a biased view. I also accompanied my father when he went to purchase products from Kyodo Senpaku (a whaling company), to hear their side of the story.

I visited my friends who were conducting research at the Tokyo University of Marine Science and Technology to discuss the topic with a professor who specializes in ecology. He imparted some of his expert knowledge, like the high success rate of whale breeding.

Did you spend much time researching?

Yes. By accumulating knowledge from a vast range of sources, I realized that my preconceptions were at odds with the facts.

Some foreigners had asked me why Japanese people eat whale meat even though it doesn’t taste good, but I tried it myself and found it absolutely delicious. At the same time, I also understood that they have their reasons for criticizing Japanese people, so I knew full well that it’s not a straightforward story.

A backpacker came to the restaurant for the purpose of trying whale.

Observing Japan from the outside has deepened your understanding. Now that you live in Japan, what do you think about the differences in the way Japanese people think about eating whale meat?

If you try whale and think it’s delicious, you will love it regardless of where you were born or raised. A Caucasian man who was backpacking in Japan came into Shimono Ishiki, one of our restaurants, and ordered by pointing to the rare steak bowl at the back of the menu. It was rare for a foreigner to order whale, so I explained that it was whale meat. Surprisingly, the man responded, ‘That’s why I’m here!’

Ideological and political differences may exist, but if something’s delicious, it’s delicious.

That must have left an impression!

Definitely. When the dish was served, he took pictures of it and made notes. When he was leaving, I stood by the cash register and asked him how he liked his food. He said that it was delightful!

He explained, “Where I come from, people say it’s strange how Japanese people eat whale meat even though it tastes bad. But I think it was absolutely delicious. I don’t think it’s right to criticize without investigating whether the rumors and the things said on social media are true. I’m rooting for you!”

He even bought our whale-themed souvenirs before leaving. I think we can spread awareness more naturally through our mutual love for food, by putting our politics and ideologies aside.

What we can do as a restaurant is to provide delicious whale dishes, and I intend to give it my all.

Do you serve many customers from overseas?

Yes, we have been receiving more customers from overseas, especially because we opened a branch at the Chubu Centrair International Airport. Some of our restaurants receive many Chinese customers, so our menus are now also available in foreign languages.

If you think whale tastes bad because of your memories as a child, give it another chance.

Finally, what would you say to our readers who have become curious about eating whale meat?

First, I would recommend giving it a try. Even if you have a bad impression of whale meat because of childhood memories, give it another chance. The delicious whale meat we now serve is thawed and aged with care, using the latest technology developed through years of experimenting. I’m confident it will overturn your perceptions.

Our most popular dishes are the rare steak bowl, straw-seared whale, and steak tartare. I hope many of you will visit our restaurant for a taste because they are truly delicious.

If you prefer to cook at home instead of dining out, I recommend getting the rare steak. It’s perfectly delicious and hassle-free. Just don’t overcook it!

(Kotobuki Showten Inc. was founded in 1980 as a wholesale fishmonger business. The company now operates 12 restaurants and a wholesale business for fresh seafood, mainly in Nagoya, Aichi Prefecture. Asana Mori is Managing Director of the company. Her YouTube channel, SAKANAYA no MORI-san, hit 44,800 subscribers as of June 2020, with her cooking videos using whale meat the most popular. She has appeared on local TV programs in Nagoya and many times on national TV.)