INTERVIEW | Steve Bannon Says Trump Won’t Go Down Without A Fight, and Will Win 2020 Election 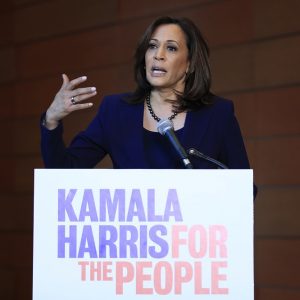 Part 1: INTERVIEW | Steve Bannon: Trump-Kim Hanoi Summit Not A Failure, But A Process

In this third and final installment of our interview with Steve Bannon, former chief strategist at the White House, he discusses U.S. domestic politics and the investigation into Russia’s alleged intervention in the 2016 presidential election. While pressure is mounting on President Donald Trump, Bannon
expresses confidence that Trump will win a reelection in 2020.

The following are excerpts from his interview with The Sankei Shimbun and JAPAN Forward on March 6 in Tokyo.

Turning to the next presidential campaign in 2020, how do you expect the race to go? Do you think Mr. Trump could win?

I think we have to look first to 2019. This is going to be the nastiest year in American politics since the Civil War. In the last 48 hours you’ve already seen this. Think about it. Trump is over here engaged with a rogue dictator whom he’s trying to bring into the [international] system in a highly complex negotiation, one where there’s a direct impact on the peace and prosperity of Japan, one of our oldest allies.

While he’s doing that, the House Democrats set up Michael Cohen to give testimony. Every day they pick a point exactly in the middle of the negotiations. You think that’s totally random, right? No. They absolutely want to destroy everything Trump’s working on. Even if it would bring peace to the Northwest Pacific and Japan, Taiwan and South Korea, they don’t care.

What they care about is destroying Donald Trump. So all day long, while Trump’s trying to negotiate with North Korea’s Kim, what you have on the TV is Michael Cohen. He’s a convicted liar, a con artist and a racist. And CNN and these people play this nonstop. That’s how nasty it’s going to get.

You’ve seen what we’ve gone through with two years of investigations under Special Counsel Robert Mueller. As thorough as he’s been — and the Senate Intelligence Committee, and the House Intelligence Committee, they’ve been as thorough as you could possibly get — and what did they do yesterday (March 5)? They (the House Democrats) put out request for documents from 81 people or institutions. It’s basically for the same information.

They’re just telling you, they won the House election in the fall, and they’re going to weaponize the House of Representatives against President Trump every day, just to pound him. And Trump’s going to pound back, because he’s not just going to sit there. So you’ll have to wait and see, but it’s going to be quite tough.

To follow up, what did you mean when you said in the CBS interview that 2019 is going to be quite bitter?

Look at what happened with North Korean Chairman Kim [Jong Un]. Look at last week’s summit in Hanoi. You couldn’t get nastier, and the President’s going to get nasty back. He’s not shy. He went to CPAC (Conservative Political Action Conference) on Saturday (March 2) and used profanity with a basically Christian evangelical audience.

Are you confident that President Trump is going to win the 2020 election even though 2019 is so tough?

My point is, for 5 months at least, for 6 months, every day from now, you’re going to have another  investigation, another piece of information. Trump’s going to get put through that gauntlet.

On the other side of that gauntlet, I think he actually wins bigger than he won in 2016. I think it’s a function of two things. I think the Democrats are being pulled radically to the left. I’ll give you a very specific example.

Kamala Harris, who heretofore has been a pretty center-left, centrist-left politician, who has a long track record of being a fairly good prosecutor, all of a sudden she’s talking about Medicare for All, dropping private insurance. She’s saying that if you vote for a bill for ICE (Immigration and Customs Enforcement), you’re a racist. I mean, these are all sorts of things that have not been in her inventory before. I use her as one example.

I think that Trump, if he just bears down and gets through 2019, which is going to leave a lot of scars, on the other side of that I think he’ll be well-positioned. If he stays engaged in China, if he builds the wall, if he checks the boxes off that he told the “deplorables” about [in the last election], I think he will do actually better than in 2016.