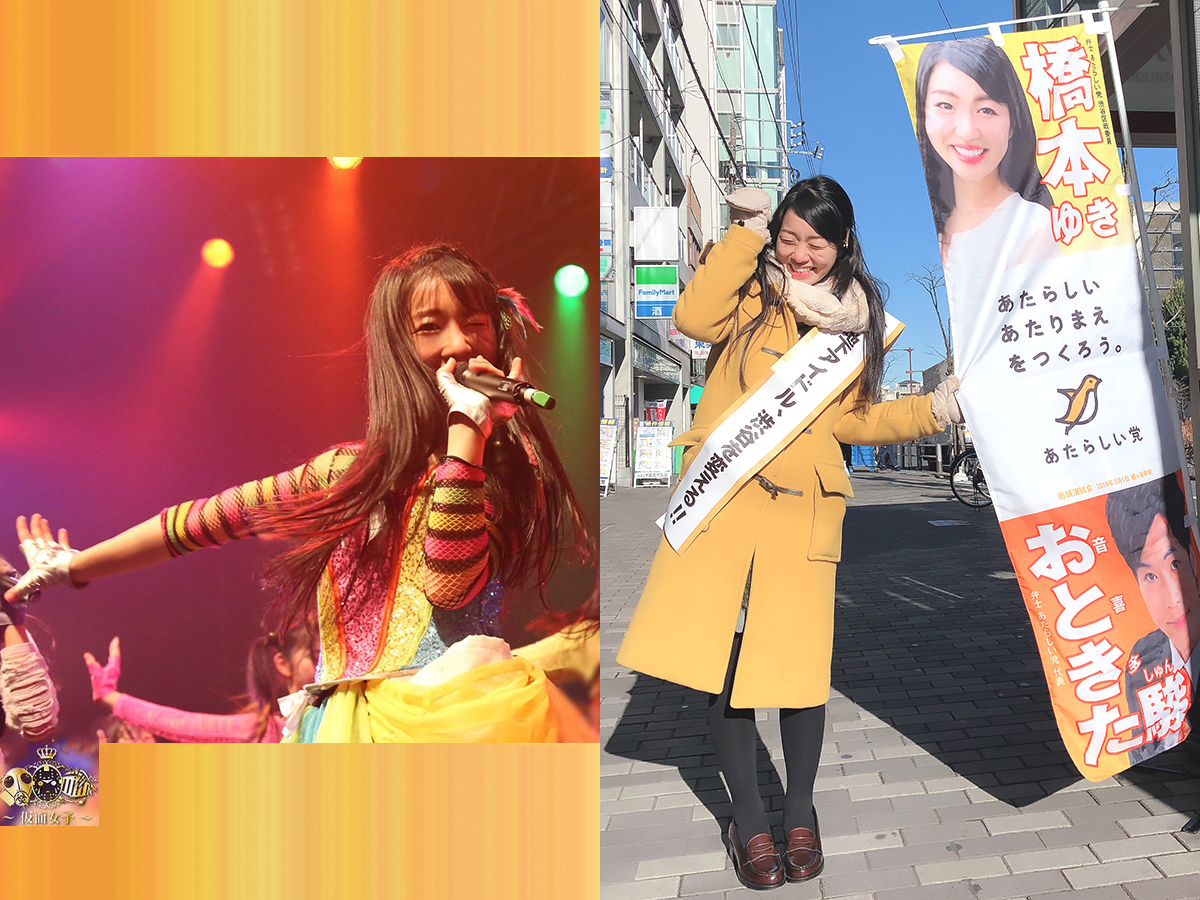 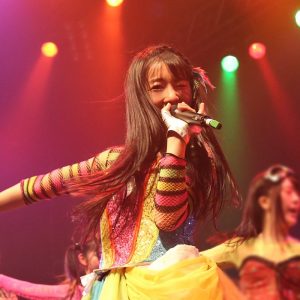 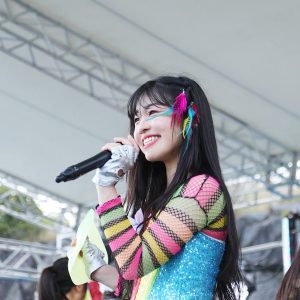 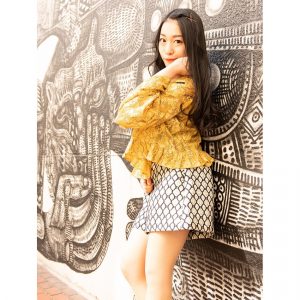 Before making headlines when she was elected as councillor in the Shibuya Ward Assembly, Yuki Hashimoto 橋本ゆき (originally 橋本侑樹), was affiliated with Japanese idol agency Alice Project, where she enjoyed a successful career as an underground idol under the name Yuki Sakura 桜雪. Starting off as one of the founding members of Steamgirls in 2012, then moving on to Alice Juban and Kamen Joshi, the Mie Prefecture native brought her special charm and vitality to her stage performances, while also balancing her idol career with her studies at the prestigious Tokyo University.

After graduating from Tokyo University in 2016, Hashimoto joined Tokyo Governor Yuriko Koike’s newly launched political school Kibō no Juku 希望の塾 (“Academy of Hope”). She graduated from Kamen Joshi at the end of March 2019 and began running for Shibuya Ward councillor affiliated with the Atarashī-tō あたらしい党 (“New Party”) political party. With a total of 2,376 votes, she won her bid on April 22nd, becoming the youngest councillor in Shibuya Ward at 26. On May 12th, she formally resigned from Alice Project, and made her first appearance in the assembly on May 22nd.

We interviewed Yuki Hashimoto to learn more about her startling transition from underground idol to politician.

grape Japan (gJ): When did you become interested in politics?

Yuki Hashimoto (YH): I became interested in politics after I graduated from university. Since I was known as the “well-educated idol,” I would often get questions about social or political issues during interviews. But my interest in politics was spurred by the change* in the voting age from 20 to 18.

gJ: In early 2015, you’re quoted as saying that while your friends were headed for careers as lawyers or politicians, you wanted to “devote yourself to your career as an idol.” After you graduated from Tokyo University, however, you entered the Kibō no Juku. Did you have a change of heart?

YH: As a professional idol, I wanted to be able to express my opinions and take responsibility for them too. That’s why I wanted to learn about politics, so I entered a political school. At that point, I wasn’t aiming to become a politician but rather to improve my skills as an idol. In other words, I entered Kibō no Juku in order to be an idol who could exert a greater influence on society.

gJ: So then, how did you decide to become a politician?

YH: There were several reasons: Seeing a member of my idol group begin life with a disability after suffering an accident*, being there for a close friend of mine who is gay and listening to his worries, knowing that making people smile as an idol gave meaning to my life… Also, while I wished there would be more young politicians and that more young people would vote, it was difficult for me to think of politics as something I felt close to. So, I began to think I wanted to help create a society where all people, regardless of what their future holds, can live with a smile as they take on life’s challenges. I realized that politics is one way to achieve this. I thought there was a significant meaning for me to take up this challenge now at the age of 26, so I made the decision to become a politician.

{* Tomoka Igari: After an accident on April 11th, 2018, in which a billboard fell on her and injured her spinal cord, Tomoka Igari began using a wheelchair. She continues to perform as a member of Kamen Joshi.}

gJ: Was there anything in your nine years’ experience at Alice Project which helped you in the process of becoming a politician?

YH: Communicating equally and impartially with many people has helped me when it comes to listening to the voices of Shibuya Ward citizens.

gJ: In what period in your idol career do you think you had the most fun?

YH: All of my time as an idol was enjoyable, but looking back on it now, those days when I was at my busiest and worked hardest at the beginning of my career were the most fun for me.

gJ: On May 12th, you announced that you had resigned from Alice Project. Was there a reason behind that timing?

YH: Not really. I had reached the end of my contract period, so I resigned.

gJ: Out of all the wards you could have chosen, why did you choose to run for councilor in Shibuya?

YH: Shibuya Ward has leading-edge companies, entertainment and culture. It’s teeming with people. That’s why it’s possible to take on the challenge of leading-edge politics here. And if Shibuya Ward changes as a result, it has the kind of people who will truly realize and appreciate that change. That’s another reason Shibuya is so appealing. Moreover, I think cases occurring in Shibuya strongly influence other municipalities, so it’s possible to change Japan through Shibuya Ward. That’s the kind of potential I feel in Shibuya.

gJ: What kind of ward do you want Shibuya to be?

YH: A ward overflowing with opportunities for people to learn and enjoy themselves, where anyone can be free to take on new challenges, a place where people know that fun things await!

The rest of the article can be viewed on our partner’s website, grape Japan at ”Interview With Yuki Hashimoto, Former Underground Idol And Shibuya Ward Councillor.“