It's A Good Time for Tokyo to Extend its Hand, Once Again, to Seoul 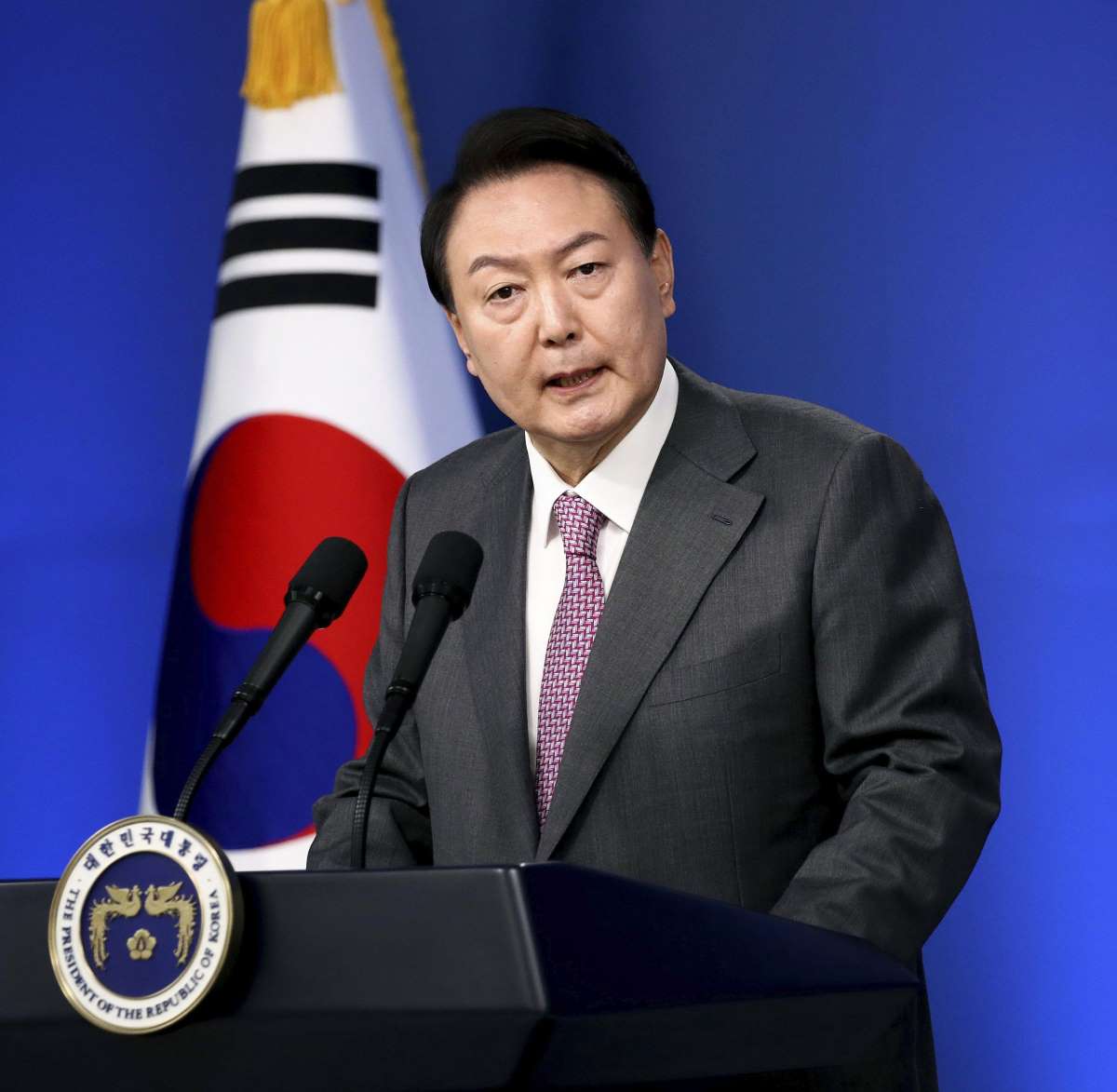 For decades now, Washington policymakers have aimed at strengthening mutual ties among the United States and its key Northeast Asian allies, Japan and South Korea.

The impetus for this approach has intensified over the past several years. In that time, China has become ever more assertive, throwing its considerable weight around in Asia, often to the detriment of the US and its allies.

In keeping with former Prime Minister Shinzo Abe’s vision of preserving and advancing a free and open Indo-Pacific, the United States has taken the lead in energizing regional groupings, such as the US-Japan-India-Australia Quad, Australia-United Kingdom-United States (AUKUS), and the notional Indo-Pacific Economic Framework (IPEF).

But stronger US-Japan-Korea cooperation, so critical for mutual security, has remained largely elusive.

Long-simmering resentment in Korea against the period of Japanese occupation came to a boil under the administration of former South Korean President Moon Jae In, who seemed intent on fanning the flames to sustain his political support at the expense of ties with Japan.

Sliding Backwards in the Moon Years

In Washington, policymakers on both sides of the aisle could only watch with frustration as Moon shifted Seoul’s focus to accommodating North Korea and China while bashing Japan, all the while seeming to distance himself from the United States.

The perspective informing President Moon’s moves was articulated even more clearly by his Ambassador in Washington, Lee Soo-hyuck, who told the Washington press that “Korea is not a country forced to make a choice between the US and China anymore.” Then he told the Korean legislature that, “Just because Korea chose the United States 70 years ago does not mean it has to choose the US for the next 70 years, too.”

President Moon also made a point of pulling the scab off the “comfort women” wound. Under the 2015 agreement during the President Park Geun-hye and Prime Minister Shinzo Abe administrations to “finally and irreversibly” resolve the contentious issue, Japan paid ￥1 billion JPY ($7.8 million USD) through a foundation to former “comfort women” and the families of those who had died.

Abe further released a statement expressing Japan’s “deep remorse and heartfelt apology.” However, Moon scrapped the deal and dissolved the foundation on grounds that the views of the “comfort women” themselves were not adequately taken into account.

Bashing International Promises By the Courts

While the Moon Administration essentially endorsed the ruling, the Japanese government rejected it, pointing to the Japan-South Korea bilateral agreement of 1965 which settled “completely and finally” all outstanding bilateral issues. A lump sum payment of $300 million USD from Japan to South Korea was facilitated by the agreement as a means of reparations for any claims arising from the period of Japan’s annexation of Korea.

Accordingly, the Japanese companies refused to comply with the Supreme Court’s orders. And in 2019, in retaliation, Japan removed South Korea’s Most-Favored Nation (MFN) trading status. Curbs were also placed on the export of high-tech industrial products.

Against this backdrop, many Japanese officials and diplomats privately voiced their “Korea fatigue.” Long, patient years of work to improve bilateral relations had been rewarded only with regression in their view. Shifting attention to resolving less intractable problems elsewhere was considered a more beneficial use of time.

Now, the election of President Yoon Suk-yeol offers a fresh opportunity for greater security cooperation at this critical juncture of history among the United States, Japan and South Korea. It is an opportunity which should not be squandered.

President Yoon has taken several critically important steps in the right direction, despite the fact that this may be chipping away at his public support. Even as President-elect, he led a delegation to meet Prime Minister Kishida with the express desire of improving bilateral relations.

In the run-up to the visit, his incoming Foreign Minister Park Jin reaffirmed to the press that the 2015 bilateral Japan-ROK agreement on wartime “comfort women” is “official,” despite President Moon’s having dismantled it. One favorable indication was the fact that President-elect Yoon’s delegation included Lee Sang-deok, who as Director General of the Northeast Asian Affairs Bureau in the South Korean Foreign Ministry, negotiated the 2015 deal with Japan.

Another promising sign was the convening by the Yoon Administration on July 4, of a new public-private body to examine and help resolve the wartime labor issues. Presided over by South Korean First Vice Foreign Minister Cho Hyun-don, evidently the initiative is aimed at heading off the liquidation of assets of the two Japanese companies that the plaintiffs have seized.

The South Korean Foreign Ministry announced that the body would be “making continuous efforts in seeking a reasonable solution.”

Unverified alternatives reportedly discussed in the South Korean group reportedly include having the South Korean Government shoulder the financial burden of compensation itself and then negotiating with Tokyo to absorb some portion of the cost. South Korean media have rumored that another solution could be setting up a 30 billion KRW ($22.7 million USD) voluntary fund by Japanese and Korean companies and individuals, excluding the defendants in the lawsuit.

Irrespective, the controversial subject matter has reportedly already driven some members of the group to withdraw, demonstrating that coming up with an arrangement acceptable to the South Korean public will be challenging.

Moving Beyond ‘Wait and See’

Meanwhile, the Kishida Administration appears to have responded coolly to President Yoon’s initiatives. Rather than warmly welcoming or encouraging these initiatives, senior Japanese officials have merely adopted a wait-and-see posture while expressing expectations that Seoul needs to come up with new proposals to improve relations.

Tokyo may feel justified in allowing Seoul to shoulder the entire burden of repairing Japan-Korea ties, given that the source of the ruptures came from the Korean side. But this would be a mistake.

If the objective is not to point fingers, but to truly improve bilateral relations ー and to strengthen prospects for stronger US-Japan-South Korea cooperation, including on economic security ー the Japanese Government should conduct cooperative bilateral discussions with Korean counterparts at all levels, including as soon as practicable a Kishida-Yoon summit.

The Japanese Government would do well to take advantage of this window of opportunity while it can, both to put the vitally important Japan-Korea relationship back on track, as well as to bolster prospects for security cooperation among the United States and its allies in Northeast Asia when it is needed most.

Thomas Cynkin is the Thomas Cynkin, Director of Development and External Affairs at the Bush School of Government and Public Service and a former United States Charge d’Affaires to the Conference on Disarmament in Geneva.