Another Look at the Wartime Korean Labor Issue with Japan 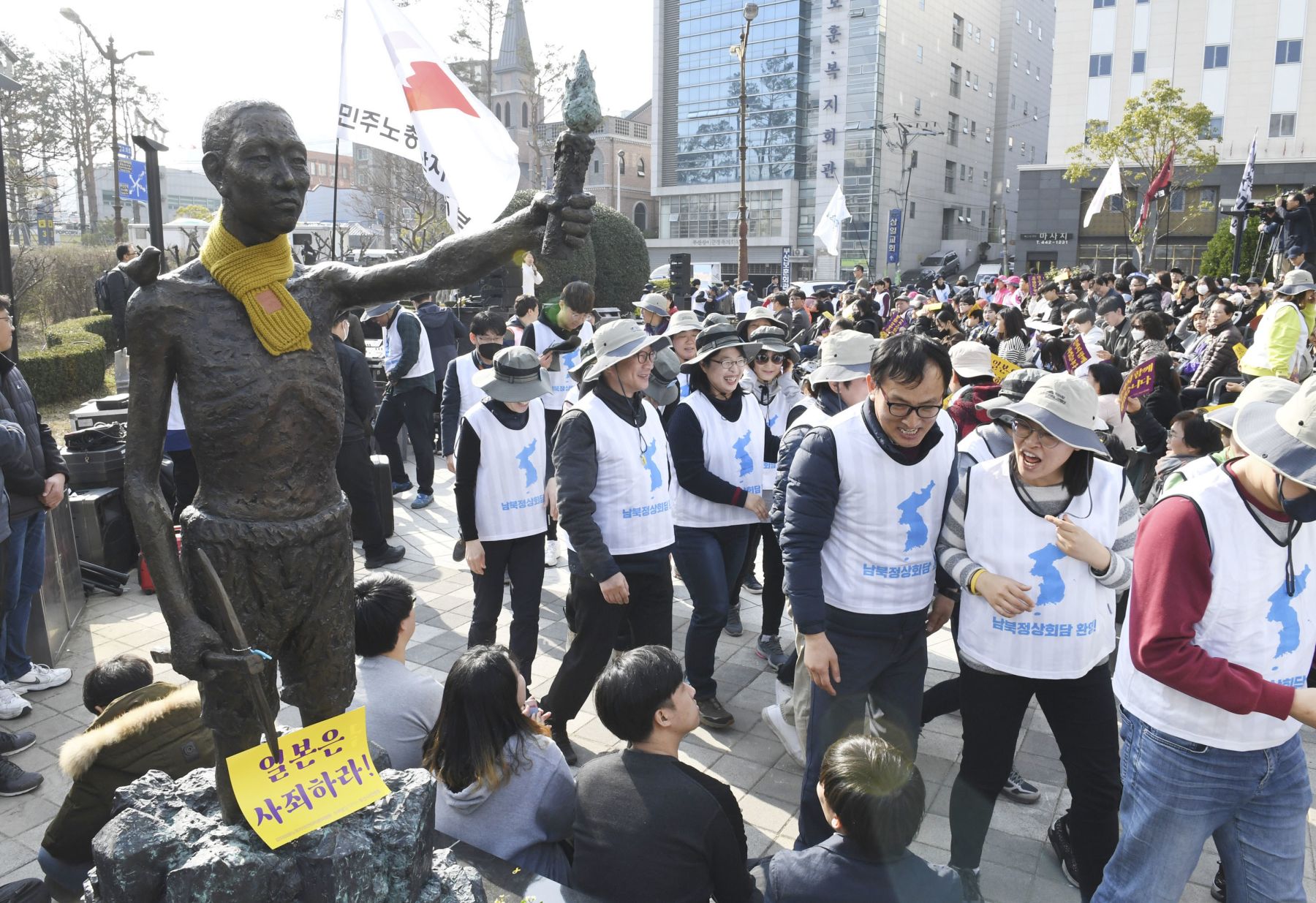 The Supreme Court of South Korea has delayed its decision on liquidating the assets of Mitsubishi Heavy Industries and Nippon Steel located in South Korea.

The delayed liquidation order was to compensate Korean laborers who had been mobilized during WWII and sent to work at the two Japanese companies. The laborers claim they were not paid when they repatriated back to Korea after the war.

In 2018, the Supreme Court of South Korea ruled in favor of the laborers and the case has since been on appeal and is currently overdue for a decision.

There are many issues involved with this case that are of serious concern:

The parties being held responsible are not the proper defendants. Common practice in wartime Japan was to place wages not directly paid to workers into their postal saving accounts.

Japan’s system was one where every post office operated as a savings bank, providing people with ready access to their money throughout the country. This would have been especially essential for migrant workers.

It is most likely that some Koreans repatriated back to Korea either did not retrieve their postal saving books prior to departure, had them confiscated by customs entering the country, or found them worthless in Korea.

This was not a case of withheld wages by the companies.

This ratio was very advantageous for US military personnel assigned to Japan where even the lowest military pay, when converted to the Japanese yen, was many times higher than that of average Japanese salaries at the time. However, it was disastrous for creditors and to those who suddenly found their life savings were worthless.


3. Proper Role of The Korean Government

Plaintiffs (the Korean laborers) should seek settlement of this matter with the South Korean government. They should not involve Japan or the Japanese in any way.

This issue of unpaid Korean workers is an internal Korean problem and should be resolved by the South Korean government.

Most unusual is that the Supreme Court of South Korea apparently has the authority to arbitrarily override international agreements made by the government of Korea.

Further, successive South Korean presidents have ignored international agreements entered into by their government. Evidently, South Korea is a nation that does not abide by the norms and rules of the international community.

The postal deposit books were in the name of the workers. Any problems about access to the deposits should be taken up with the Government of Japan.

There was an incident at the war’s end of a Japanese immigration official having possession of several postal savings books belonging to Korean workers who were being repatriated to Korea. He had doubts about the Japanese governmental responsibilities for honoring payments outside Japan, and had confiscated the savings books of Koreans returning to Korea.

Although plaintiffs in the legal actions may not be among them, this would evidence that Korean workers, like the Japanese, also had their wages deposited in postal savings and that workers did receive their postal saving books from employers. It was neither slave labor nor mobilization without pay.

The article on the confiscated books did not mention their final disposition but it is highly improbable they were returned to the workers.

While the details involved with the Korean laborers in the lawsuit are unknown, it is highly likely their pay went into postal savings like most other workers.

Prior to the end of WWII, the average Japanese worker earned less than one hundred yen a month. A decent home could be purchased for a few thousand yen.

Soon after the end of WWII, a pair of shoes was priced at more than the prewar cost of an ordinary home during the war. This is mentioned to let people know the immediate effect of inflation in Japan after her surrender. Japanese money became almost worthless.

While current workers were then paid at new inflationary rates and did not suffer that greatly, old saving accounts became worthless overnight. Money held in deposits in postal savings accounts suffered the same fate.

Normalization of Relations and Settlement of Claims

In June 1965, Japan and Korea signed the Treaty on Basic Relations and Settlement of Claims Between Japan and the Republic of Korea. Both parties confirmed that the problems concerning property, rights, and interests of both nations and their peoples have been settled completely and finally.

For the South Korean court system to ignore international treaties entered by the nation defies understanding. It has done the same thing with the comfort women issue. It raises questions on Korea’s eligibility to enter into any contract with the international community of nations.

Japan and Korea have intertwined histories from the ancient past.

A few years ago, there was an immense popularity boom in Japan of all things Korean. This was brought to an abrupt halt by past Korean President Park Geun-hye with her acrimonious anti-Japan allegations, especially that of Korean comfort women being forced sex slaves, which is still believed by many people.

Recently, a group of Korean women traveled to Germany to ask that comfort women statues blaming Japan be removed since the allegations were a hoax and not true. Park’s successor, the now past President Moon Jae In, continued the anti-Japan stance which further strained relations between the two nations.

The incumbent South Korean President Yoon Suk-yeol has not made any anti-Japan statements since assuming the presidency. Unlike his predecessors, he is apparently seeking improved relations with Japan.

In recent years, Japan has withdrawn its hand of friendship which had been extended ever since the establishment of the Republic of Korea. The next move is up to Korea. Koreans must overcome the resentment against Japan for historical injustices and sufferings or need to feel morally superior to Japan.

The Japan of today is not the Japan of pre-WWII. It is long past due for South Korea to take a realistic look at the future and join hands with Japan to meet the challenges which lie ahead.

The author is an American with a long history and unique fondness for both South Korea and Japan. Find other articles by him, including those related to the relationship and history between Japan and South Korea at this link.