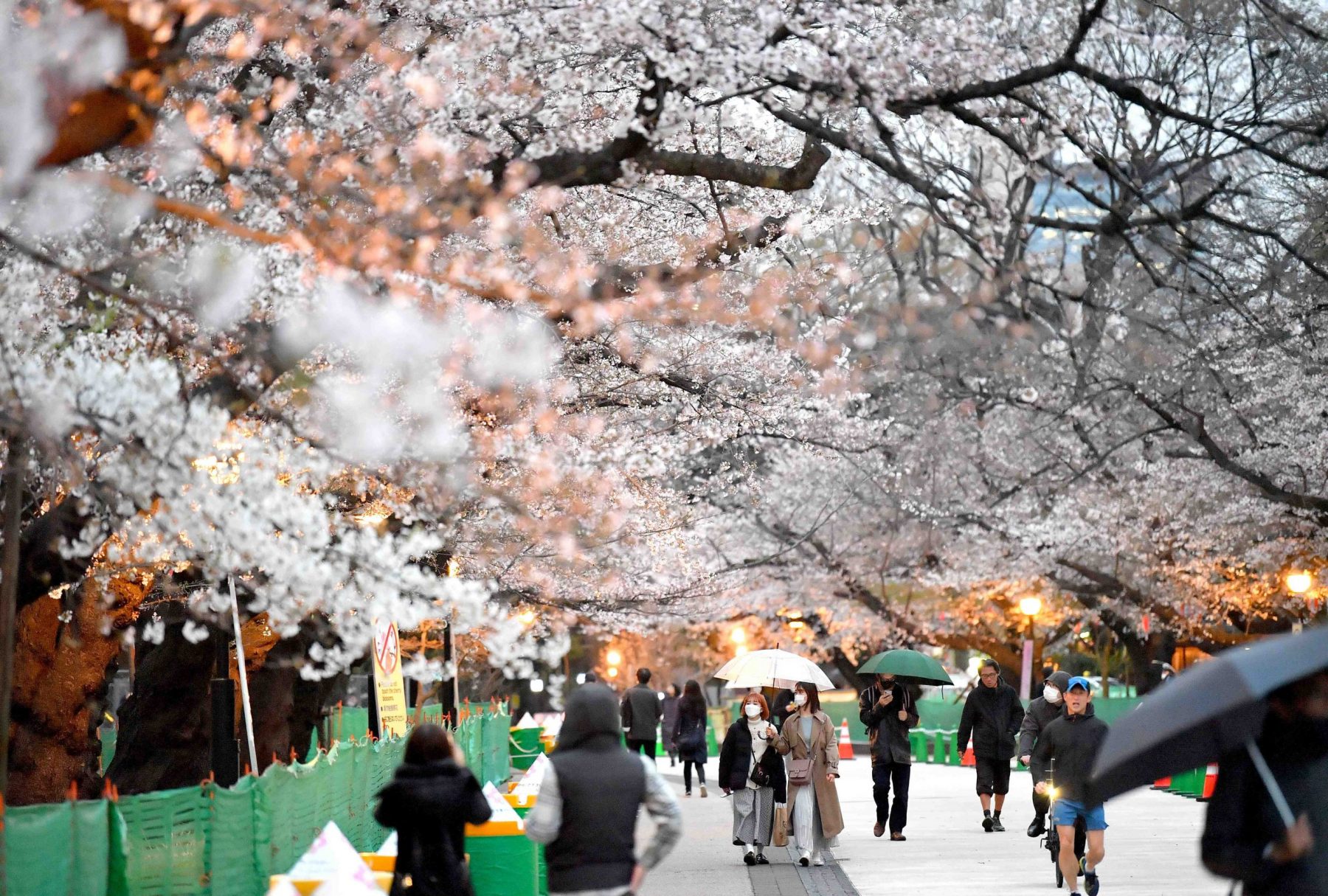 The Japan Meteorological Agency on March 22 announced that Tokyo’s cherry blossom season is in full bloom. The announcement that cherry blossoms were starting to bloom had come on March 14.

This is the second earliest date in history for Tokyo’s sakura flowers to reach full bloom. The last time the sakura flowers reached their peak in this time of year was nearly 70 years ago, in 1953.

The Japan Meteorological Agency takes as a sample the flowers at Yasukuni Shrine to determine when full bloom is to be declared. If more than 80 percent of the buds on those trees are in bloom, then it’s considered a good estimate that flowers all over Tokyo are also in full bloom.

It’s thought that this year the flowers had the optimal conditions to bloom quickly, as following the week of March 14, the temperatures hit 20 C for almost the whole week.

Yet of course this year, much like last year, is not a normal year. Although unlike 2020, Tokyo and Japan as a whole have exited the state of emergency as of March 21, the city remains on high alert to avoid the spread of COVID-19.

On March 5, the Tokyo Metropolitan government officially called on people to avoid outings to enjoy the cherry blossoms, and all public parks are banning putting down tarp sheets on the grass and having picnics, activities which most in Japan associate with the sakura season.

Ueno Onshi Park, in the northeast part of Tokyo, is normally mobbed with more than 3.5 million visitors during this time of year. This year, to deter people from coming and camping out to enjoy the flowers, the park administration has put up to two kilometers worth of net to limit access to these areas.

However, other steps have been taken to allow people to enjoy the flowers in a safe manner.

The main path in Ueno Park, which has cherry blossoms on both sides for as far as the eye can see, is a particularly popular spot. Normally this section has people walking in all directions, but this year it has been divided into two parts to direct traffic in the same direction and thereby make it safer for preventing the spread of COVID-19.

One 71-year old man who was visiting the park spoke to Sankei Shimbun and JAPAN Forward, saying: “This year I wanted to enjoy the season with my friends and have a good time, but I guess it can’t be helped. The only option is to go and see the cherry blossoms and enjoy the feeling of spring by myself.”

It’s unmistakable that many of us are tired of the restrictions COVID-19 countermeasures have placed on our lives, and that is the case even in Japan.

Yet the cherry blossoms bloom irrespective of COVID-19, and perhaps in doing so they give us a reason to enjoy the season, albeit in a slightly quieter manner than we would like.