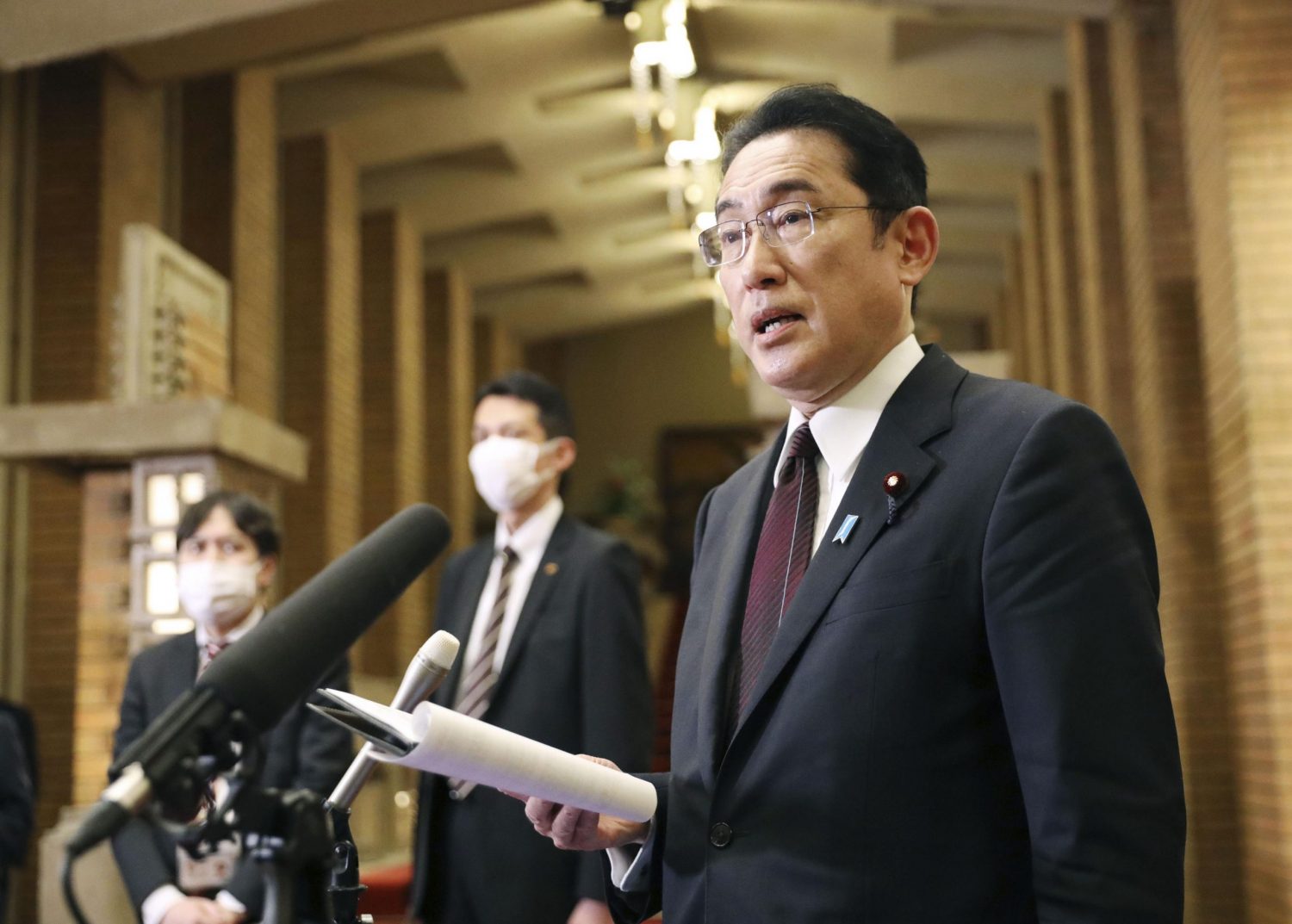 Japan joined the United States, Canada, the United Kingdom, the European Union, France, Germany and Italy, all of which announced their determination to impose the SWIFT exclusionary measures on February 26.

“We will show that a reckless act of violence comes with a huge price,” explained Japan’s prime minister on February 27.

SWIFT stands for Society for Worldwide Interbank Financial Telecommunication. Created in 1973 in Belgium, it is an internationally recognized payment network which facilitates speedy and secure money transfers between more than 11,000 banks in over 200 countries and territories.

It is still not known what effect the measures will have. On the morning of February 28, PM Kishida told members of the National Diet that the details were still being ironed out with international leaders.

Other measures taken by Japan include an emergency assistance donation to Ukraine of $100 million USD, and freezing the financial assets of Russian President Vladimir Putin and his collaborators.

Kishida also said that sanctions would be put on Belarusian individuals and organizations, including the President Alexander Lukashenko, as a way to take hinder an ally of Moscow who has been letting through the Russian army directed towards Ukraine.

In a related step, the majority of European countries announced on February 27 that they were closing airspace to Russian flights.

Japan’s announcements have been welcomed by the international community and other G7 countries.

US Secretary of State Antony Blinken posted on Twitter late on February 27:

A Strong Stance Against Russia

“It is impossible for relations between Russia and the international community to continue as they had before,” said Kishida on February 27, referring to the recent turn of events.

Kishida then pledged Japan would “stand together with Ukraine people, who are trying to protect their homeland and family.”

The language used by Japanese officials has also not been veiled. Foreign Minister Yoshimasa Hayashi has started using the word “aggression” to describe Russia’s actions versus Ukraine, wording the foreign minister says is “stronger” than invasion.

Hayashi highlighted the ramifications of Russia’s invasion in a press conference on February 26, saying they would “not be limited to Europe.” The foreign minister participated in a G7 Foreign Ministers meeting late on February 27 JST to reiterate Japan’s commitment to strongly opposing Russia’s actions.

Japan authorities are also monitoring the case of a Japanese owned cargo ship which was hit on February 26 by a Russian missile while sailing towards Odessa, somewhere off the coast of the Black Sea. One Filipino individual is reported to have been injured.

“We have strongly expressed our wish that Russia guarantees the safety of foreign and Japanese vessels,” said Hayashi in an NHK news program on February 27.

Japan’s new measures add to sanctions announced earlier in the week. Those include export controls on high-tech products (such as semiconductors), a freeze on assets held by Russian financial institutions and a suspension of visa issuance for certain Russian individuals, announced on February 25.

Impact on the Northern Territories Dispute?

For Japan, measures against Russia are also considered in the context of a territorial dispute in the Northern Territories, islands just off the coast of the Nemuro Peninsula in Hokkaido.

Russia unilaterally invaded the territories after World War II, and forcibly deported Japanese residents of the Four Northern Islands. Japan has been lobbying for the return of the territories with Russia.

On this point, Kishida renewed his resolve to bring an end to the issue, saying on February 27:

“There is no change in Japan’s position regarding the Northern Territories issues, or our determination to respond to the plight of the elderly former islanders.”

However, he continued: “In the light of recent events, we don’t believe this is the time to discuss the outlook for peace treaty negotiations.”

“The recent invasion of Ukraine by Russia is an attempt to unilaterally change the status quo by force. It is an act that undermines the very foundation of the international order,” Kishida said, emphasizing: “Therefore it is necessary to act resolutely, in unity with the international community, including G7 countries.”