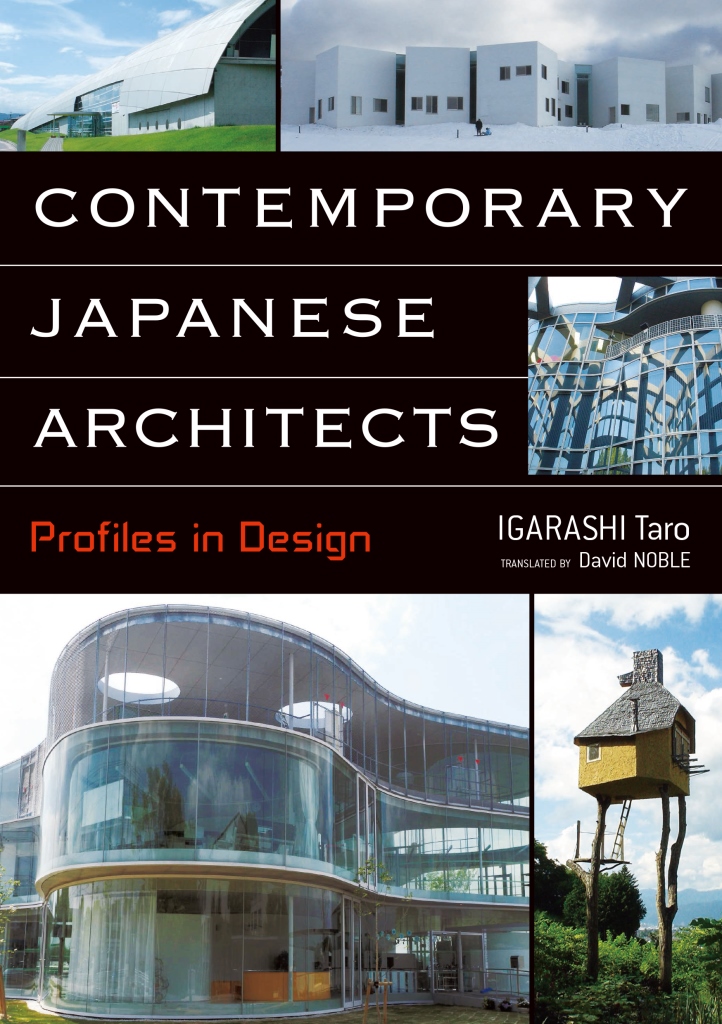 Architects play an essential role in contemporary society, helping to shape the environment in which we live and work. This book explores how architects in Japan have responded to the demands of their times and how they continue to engage with new economic realities and the shifting global order.

The moving image of Japanese society is reflected in the work of theinternationally acclaimed architects profiled in this book. Award-winning architectural historian Igarashi Taro presents the work of architects from the generation rising from the ashes of postwar Japan through the postwar economic boom (Tange Kenzō, Kurokawa Kishō, Isozaki Arata), to the generation that quietly gathered strength during the recession of the 1970s (Andō Tadao, Itō Toyoo, Sakamoto Kazunari, Fujimori Terunobu, Iijima Naoki); from the generation that debuted in the bubble economy of the 1980s (SANAA, Sejima Kazuyo, Nishizawa Ryūe, Kuma Kengo) to the generation that began their work after the Great Hanshin-Awaji Earthquake (1995) and the collapse of the bubble economy (Atelier Bow-Wow, Abe Hitoshi, Tezuka Architects, Endō Shūhei); and finally, after decades of economic stagnation, to the generation that has come to the fore since the beginning of the twenty-first century (Fujimoto Sou, Ishigami Jun’ya, and others).

Contemporary Japanese architects have pioneered developments in sustainability and introduced engineering innovations that have changed not only the look of modern buildings but the ways in which they can be constructed. Japanese design concepts, realized in major public buildings around the world, communicate with a global audience and contribute toward shaping our shared future.

Contemporary Japanese Architects: Profiles in Design begins with the devastation following World War II and ends with what is considered the greatest crisis of the postwar era—the Great East Japan Earthquake—a disaster that plunged Japan into a larger narrative for the first time in many years. Even if this does not immediately change everything about architecture, there is no doubt that when we look back on this time, it will prove to have been a turning point.(From ‘In Conclusion: Architecture after March 2011’ by the author)

Part I Rising from the Ashes:

Part II Breaking Out of the Box:

The Generation Born in the 1940s

The Generation Born in the 1950s

The Generation Born in the 1960s

The Generation Born in the 1970s

In Conclusion: Architecture after March 2011

About the Book
Advertisement