Japan Loves Halloween, and This Year It Goes Online

It’s perhaps a bit of a mystery for foreigners coming to Japan, but in fact Halloween is a hugely popular celebration in Japan.

From parades in Kawasaki aimed at children that attract several hundred thousands of people, to gatherings in Shibuya and Shinjuku aimed at young adults wishing to go out in their Halloween costumes, there is something for everyone.

This year, however, things have been adjusted due to the pandemic.

Between calls to stay home and virtual Halloween celebrations, it promises to be an unusual year for the festival also known as All Hallows Eve. 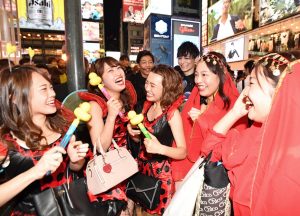 Normally, Shibuya is quite raucous during this time of the year.  Students and young adults crowd the area around Shibuya scramble crossing area in what is effectively a large fashion showーnot just on the day of Halloween itself, but often on the week preceding the holiday. People gleefully walk around with their friends and enjoy the atmosphere of everyone dressed up in every kind of fancy costume.

Stopping strangers on the street and complimenting them for the costume is common, something which would otherwise be quite odd in normal circumstances, becomes commonplace. And many revelers spill into restaurants and drinking places in the area.

The area has gathered so much popularity that, since 2015, the ward government has put in place special measures for safety and crowd management. The already normally crowded scramble crossing becomes almost completely inaccessible due to the number of people, while amicably nicknamed “DJ police” shout out on megaphones to direct people in predetermined directions to avoid complete chaos.

It goes without saying that though the event can be incredibly fun, the scenario is a no-go during the COVID-19 pandemic.

To counter possible enthusiasts, on October 23, the Shibuya Ward head Ken Hasebe, called a press conference to request everyone to refrain from coming to Shibuya to celebrate Halloween.

The area, that is normally set up with bathrooms, changing areas, decorations, volunteers and even Halloween themed trash bags, will have none of these provisions this year. Instead, he encouraged people to celebrate safely, in private. 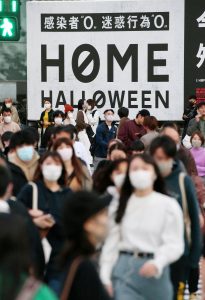 Already, from the week before October 31, signs were hung up in Shibuya JR Station saying “HOME HALLOWEEN”, and “Refrain from going out.”

As of Friday at 6 P.M., the crowds in the neighborhood indicated that most people were abiding by the requests. 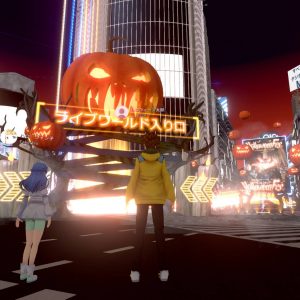 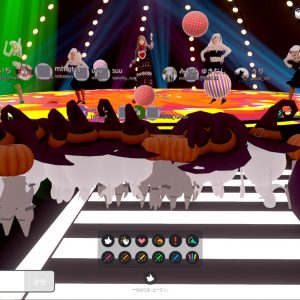 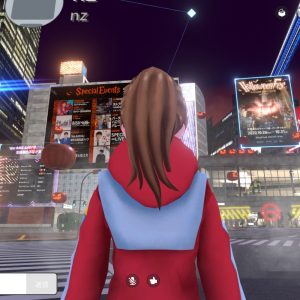 Local governments don’t want to create a weekend of doom and gloom however, so they have come up with corona-appropriate alternatives.

Shibuya created a plan to cheer up revelers by enjoying Halloween from the comfort of home.

Through the download of an app creepily called Cluster, users can virtually access Shibuya Scramble from October 27 to October 31, and take part in an array of virtual activities, from concerts, shows, and even virtual trick or treat!

The setting is Halloween themed, with large pumpkins, and a cyberpunk-esque atmosphere. One could even argue that its creativity offers the best of the virtual reality experience.

For more information on the program check the page here. 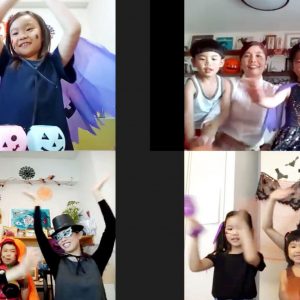 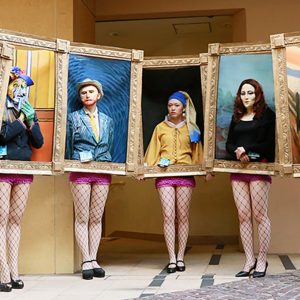 But there are also other initiatives in place outside the capital.

Kawasaki, a residential city on the outskirts of Tokyo, is famous for its Halloween celebration aimed at children. Typically, the Halloween parade attracts hundreds of thousands of happy families.

This year, the city organized Kawasaki Halloween 2020, which can be viewed here. In an ingenious way, the city has organized the event so that people could send videos and pictures of their costumes through an application form any time from October 1 to October 25. The grand prize of the costume contest is a big draw: ¥500,000 JPY ($4,790 USD).

The organizers have also encouraged people to share their costumes on SNS by using the hashtag #oneworldhalloween #kawahallo2020.

The best costume will then be presented in a special virtual parade streaming event on October 31, between 6 and 8 P.M. JST. The plans even include special guests and MCs. The event is taking place on TikTok, but can be viewed on other platforms, including YouTube.

While the face-to-face events are normally very popular, the creativity of the virtual versions for these and other municipalities promise not to disappoint.

In general, wherever you are in Tokyoーor elsewhere around the worldーmake sure to check your local Halloween celebration for virtual options. For example, Motomachi area in Yokohama is also running a smaller online costume contest celebration on SNS.

Whether you enjoy your local virtual events or participate in something a bit further away this year because the cyberhiway makes it possible, enjoy the events and celebrations while staying safe and socially distanced!