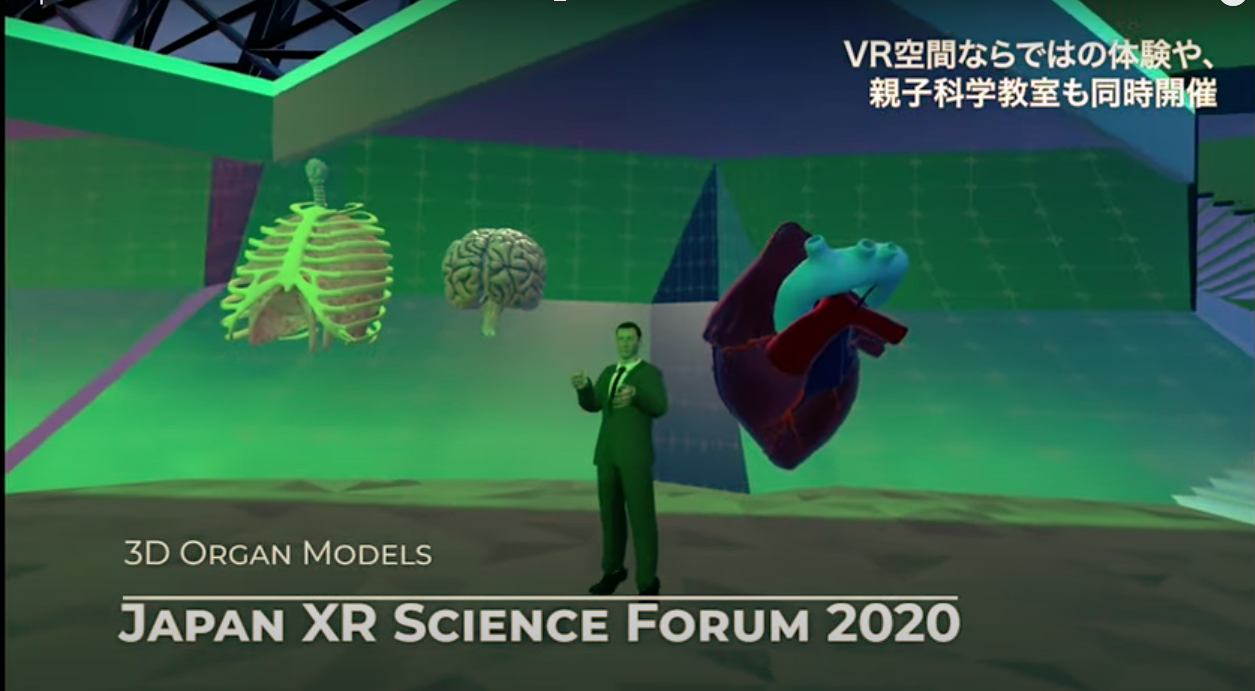 This too is going virtual: the Japan Science Forum 2020, an annual event promoting Japanese innovation originally scheduled to take place at the General Consulate of Japan in Chicago in July, will instead be held online between  July 11 (Saturday) and July 12 (Sunday), depending on the timezone. The exact times are as follows:

According to organizers, the Japanese Virtual Reality company Hikky will adapt their VR Markets technology to provide a custom-built academic exhibition space for the forum.

Originally conceived by a group of overseas Japanese scholars based in Boston, the first annual Japan Science Forum took place at Harvard University in 2016.

Its mission statement was clear and ambitious. “Changing the World through Japan’s Scientific Endeavors,” the forum aims to promote Japanese innovation internationally.

Moreover, it will provide an academic support network for Japanese researchers and their families, particular those involved in leading scientific developments overseas.

From Pinch to Opportunity

However, as with so many other events in the COVID-19 era, organizers realized that a forum intended to unite exponents of diverse fields hailing from multiple locations throughout the globe would now be logistically impossible.

Given the technological expertise of those involved, efforts were made to provide an innovative solution to this problem.

At this stage, Hikky stepped in with an offer to construct a virtual platform that would “turn a pinch into an opportunity.”

The platform Hikky has provided an adaptation of its Virtual Markets technology (see it here).

Their website claims, “the concept of distance ceases to exist.” Previous incarnations provided virtual locations to events such as comic conventions.

Participants select an avatar, then, in this form, browse the stalls of the convention, making purchases, attending talks, and conversing with other participants, as they would at a real-life convention.

Unquestionably enhanced by use of a VR headset, the experience really only requires access to the internet. Users are able to enter this virtual world from anywhere via YouTube.

Use of this technology by the Japan Science Forum 2020 will similarly require participants to choose an avatar.

These avatars will enter a conference space divided into lecture theaters, discussion rooms, and even parent-child classrooms for the families of participating researchers.

Speakers will address a diverse range of subjects, from cancer research and immunity studies to epidemiology, the science of pain, and new discoveries in stem cell research.

Two video messages will be screened from Nobel prize winners in physiology and medicine, namely 2016 winner Yoshinori Osumi, and 1981 winner Torsten Wiesel. The prizes in innovation will be presented to the most promising projects introduced in each session of the forum.

Writing on the forum’s website, event chairman Nozomi Takada (高田 望) explained that there is really no choice but to migrate to the virtual convention space, if academic societies and networks are to survive what he calls the “with-corona era.”

He wrote, “I hope that such a pioneering attempt will change the commonly held view of stuffy academic societies and lead the future of scientific discussion in a positive and progressive direction.”

In doing so, the Japan Science Forum 2020 will utilize VR to see around corners, create serendipity, and harness the available technology to climb over walls erected by the COVID crisis.