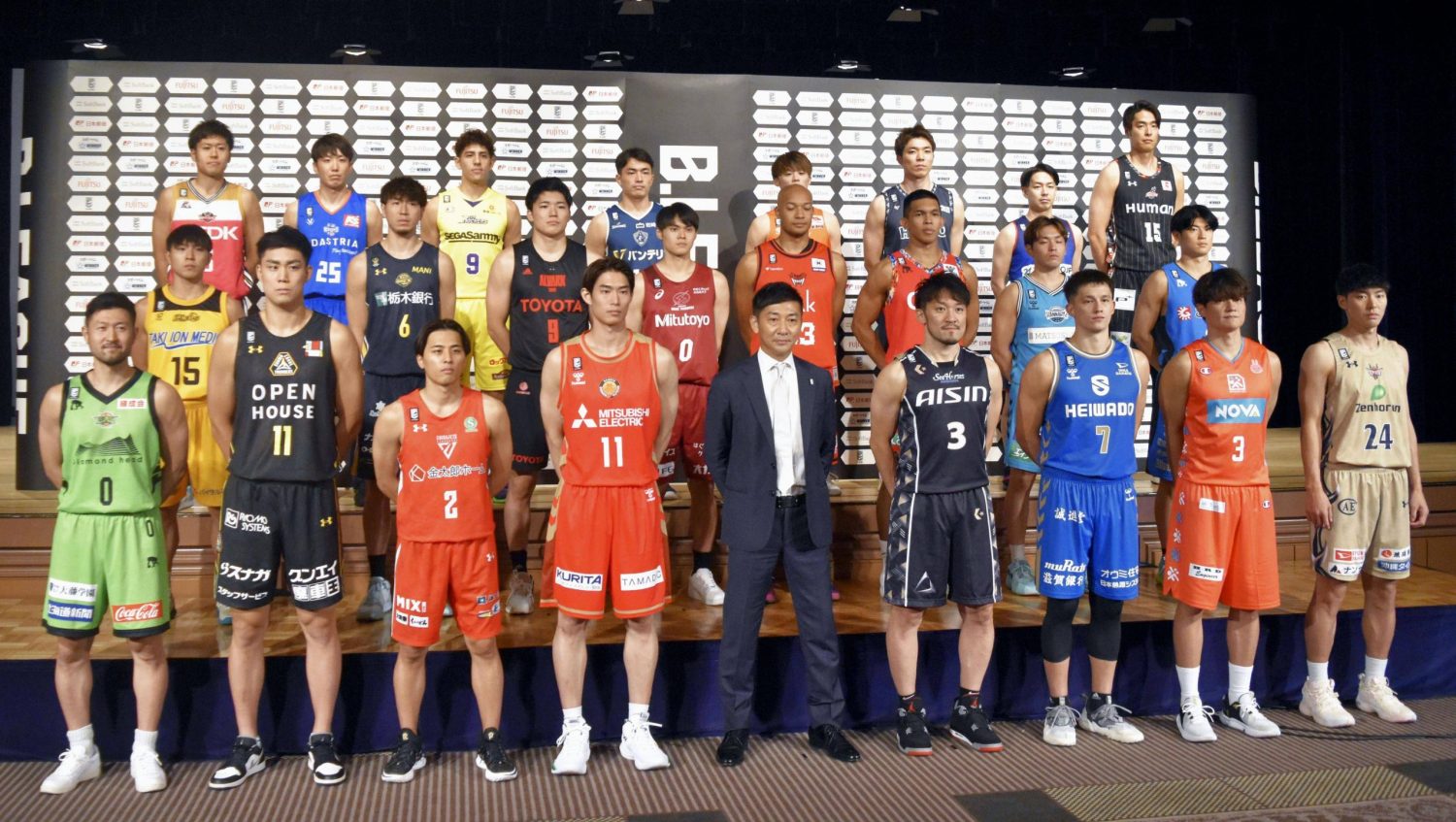 Player representatives from each of the B.League's 24 first-division teams pose for a commemorative photo with league chairman Shinji Shimada on September 20 in Tokyo. (KYODO)

The B.League launches its seventh season this week.

The 60-game season begins in earnest on Saturday, October 1 with all 24 teams in action.

In between the Dolphins-SeaHorses clash and a busy Saturday slate of games throughout the nation, the NBA’s reigning champion Golden State Warriors and the Washington Wizards will hold the opener of their two-game exhibition series at Saitama Super Arena on Friday at 7 PM.

The NBA clubs will play again on Sunday, October 2 at 2 PM at the same venue.

Originally, the B.League had 18 first-division teams during its inaugural season, 2016-17. That number remained until the 2020-21 season, when it was increased to 22. All along there have been a combined 36 teams in B1 and B2, also known as the second division.

Entering the 2022-23 season, the Utsunomiya Brex are the reigning champions, having swept the Ryukyu Golden Kings in the best-of-three B.League Finals in the spring.

A new coach, Norio Sassa, is now in charge of the Brex. Title-winning bench boss Ryuzo Anzai left Utsunomiya and re-emerged in the offseason as an adviser for the B2 Koshigaya Alphas coaching staff, which is led by former NBA and longtime SeaHorses standout J.R. Sakuragi.