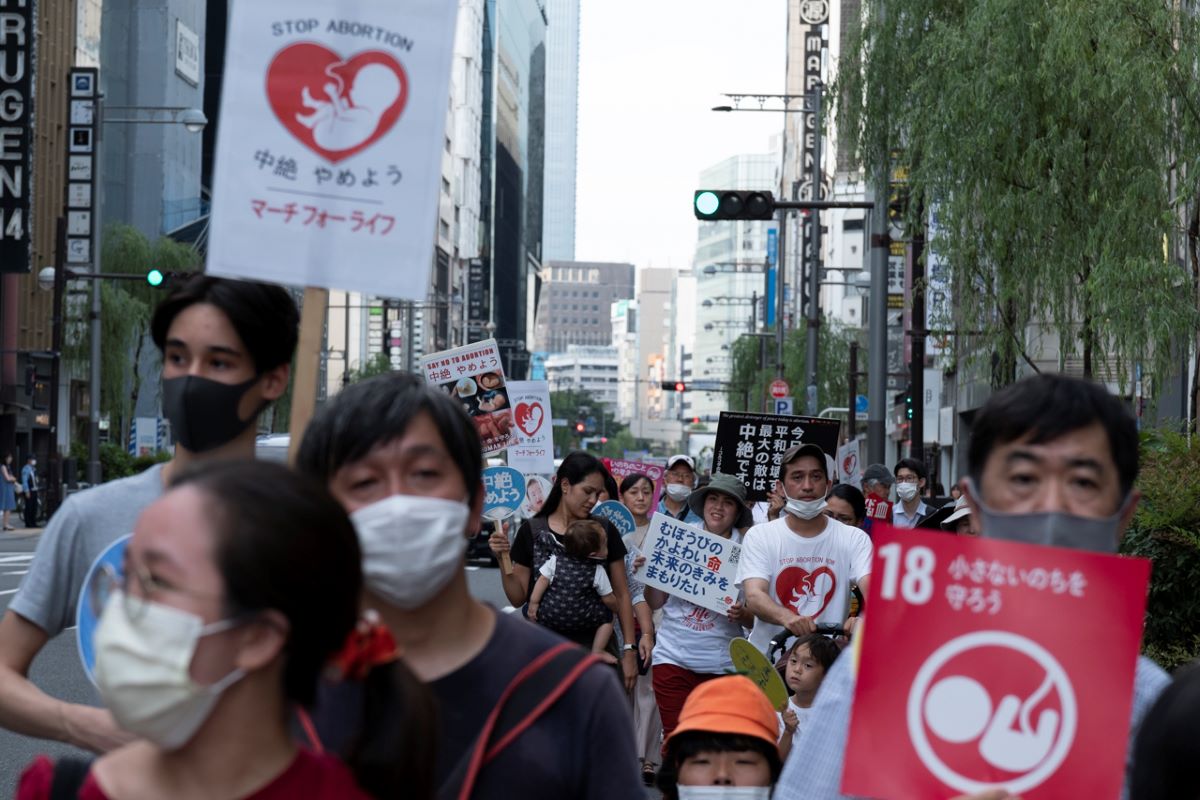 In April 2020, the Japanese actress Kumiko Okae passed away. It was reported that she died of COVID-19 while undergoing treatment for cancer. This sudden news saddened the whole of Japan. Okae was a familiar face on Japanese television as well as a Pokémon voice actress. She had been affectionately dubbed the "Mother of Japan."

The word for “mother” in Japanese is okaasan. Thanks in large part to her acting, Okae embodied the image of okaasan for many in Japan. Indeed, it was the long-running TV drama Ten made todoke (“Reach up to Heaven”) which catapulted her to stardom. This highly popular drama ran throughout most of the 1990s, wherein Okae played the role of a devoted mother of no less than 13 children. It is based on a true story.

Ten made todoke depicts the happy and peaceful life of a large family. But the drama takes a sharp turn when Okae’s character Sadako’s thirteenth pregnancy is discovered. At the same time, Sadako is diagnosed with an incurable disease. Her doctor recommends an abortion.

The older children, now in junior high and high school, beg their mother to do as the doctor recommends. But Sadako gently smiles at them and says that she has no intention of aborting. Her moving words "I think God will decide in the end" [最後は神様が決めてくれると思うの] lead them to embrace her way of thinking.

In the drama, Sadako leaves everything to God, gives birth, and survives. She returns to good health, and resumes her life at the heart of the family.

Sadako is not depicted as a Christian in the drama. However, her story bears some similarity to the life of the Italian pediatrician Gianna Beretta Molla (1922-1962), who was canonized by the Catholic Church in 2004.

Given that less than 1% of Japan is Catholic, it is unsurprising that many Japanese are unfamiliar with St Gianna. But her story is one that they find easy to appreciate.

During her fourth and final pregnancy, St Gianna developed a uterine fibroid. Her doctors recommended a total hysterectomy, but St Gianna opted to have only the fibroma removed, placing her baby’s life over that of her own.

On the morning of Holy Saturday, April 21st 1962, St Gianna gave birth to a baby girl. A week later, however, she passed away. In Catholic circles, she is sometimes referred to as a “martyr of life” or “martyr of maternal love.”

In the course of my work for Japan’s Pro-Life movement, I strive to introduce non-Catholic Japanese to St Gianna at every opportunity. Though in past centuries there were also many Catholics in Japan who sacrificed their lives so as to witness to their faith, St Gianna’s life is one which many Japanese find it particularly easy to relate to. Indeed, when I recount her story to people in Japan, they often remark “My mother probably would have done the same for me.”

In this sense, Kumiko Okae’s character Sadako was “ordinary”, despite having 13 children. Her courageous determination to protect her child at all costs, even if it meant sacrificing her own life, is the norm for many Japanese mothers.

In Japan, where self-sacrifice is seen as a virtue, the word okaasan connotes tireless devotion. One thinks, for instance, of the longsuffering mother of Megumi Yokota, a girl who was tragically abducted by North Korean agents when she was just 13. That is why some feminists dislike the very word okaasan, because it implies a feminine ideal quite different from that of complete autonomy, so prevalent in today’s West.

Indeed, we might suggest that there are two, competing interpretations of okaasan—the devoted, self-sacrificing mother on the one hand, and the “unliberated” woman on the other.


Marching for Life in Japan

I am one of the organizers of Japan’s “March for Life”, which started in 2014. It is held annually in Tokyo on Marine Day (when spoken, the phrase Umi no hi can be understood to mean either “Marine day” or “birth day”). I helped establish this event after attending the March for Life in Washington DC. I was also inspired by Pope John II’s call in his encyclical Evangelium Vitae (“The Gospel of Life”) to protect the weak and defenseless.

2023 will mark the 10th anniversary of the March for Life in Japan. Although small in scale, it has continued to grow year after year. At this march, people from across Japan and beyond gather—irrespective of religion—to celebrate and cherish all human life, from the moment of conception to natural death. This points to our conviction that the human race is one human family.

We are supported in deed and in spirit by the okaasan of Japan. While we march for life just once a year, countless mothers across Japan sacrifice themselves for their children every single day, 365 days a year. Japanese mothers are our inspiration, one of the unsung strengths of this beautiful country.

There are those who oppose our message, both inside and outside Japan, believing that personal autonomy should come before the sanctity of life. There are thus Marches for Life around the world, to oppose what Pope John Paul II called the "culture of death," the culture of attacking the weak and vulnerable.

One goal of our pro-life activism is to help St Gianna, whose heroic life makes her a role model, gain wider appreciation within Japan. This is the easy part, however, because there are countless, hidden St Giannas throughout Japan! No matter how much some may argue that abortion is a woman's right, many Japanese okaasan, like Kumiko Okae’s character in “Reach up to Heaven,” take a different view.

This makes Japan a natural leader in the global Pro-Life movement. Japanese culture values the weak and defenseless. And in Japan, mothers have always embraced their role as protectors of children, acting as beacons of the “culture of life” within the Japanese archipelago.


The Tragedy of Abortion in Japan

This does not mean, of course, that there are no abortions in Japan. Abortion is, regrettably, a part of Japanese culture as well. Some mothers in the past may have felt compelled to abort their thirteenth child, for example, because of poverty. If such a mother was begged by her older children not to give birth again in order to save money so that her other children would have a better chance of survival, she may, in certain cases, have chosen to make that fearful decision.

In Japan, statues of the Buddhist bodhisattva known as Jizo are commonplace. Many were erected in memory of miscarried or aborted children. At temples devoted to mizuko (meaning aborted or miscarried babies), one sometimes sees a woman with her hands folded in prayer and tears streaming down her cheeks. It is true that a Japanese mother sometimes gives up her own happiness due to pressure from her family.

Despite this dark history, I believe Japan can act as a pro-life role model in the years to come. At a time when the US Supreme Court has recently overturned the highly controversial Roe v. Wade lawsuit, which encouraged widespread abortion across America, our journey is just beginning. The time has come for many nations, including America, to begin recovering their lost “culture of life”, and build a brighter future based on a respect for the inherent dignity of all human beings, including the unborn.

Japan represents fertile soil for the global Pro-Life movement. Through the hardship of war and the suffering wrought by natural disasters, we Japanese have learned how to treasure life. As Pro-Life advocates throughout the world consider how best to build upon the encouraging developments in America, I hope they will strategically connect with Japan. In this sense, it seems fitting that three of the greatest saints of the twentieth century, Pope John Paul II, Mother Teresa, and St Maximilian Kolbe, all visited these islands in order to preach the Gospel of Life.

I believe Japan has the potential to become the center of the global March for Life in the very near future. Because in Japan’s many devoted okaasan, we have an abundance of heroic role models who, like St Gianna Beretta Molla, can teach us the inestimable value of every human being.

Mr Ikeda is the president of www.marchforlife.jp and father of four.