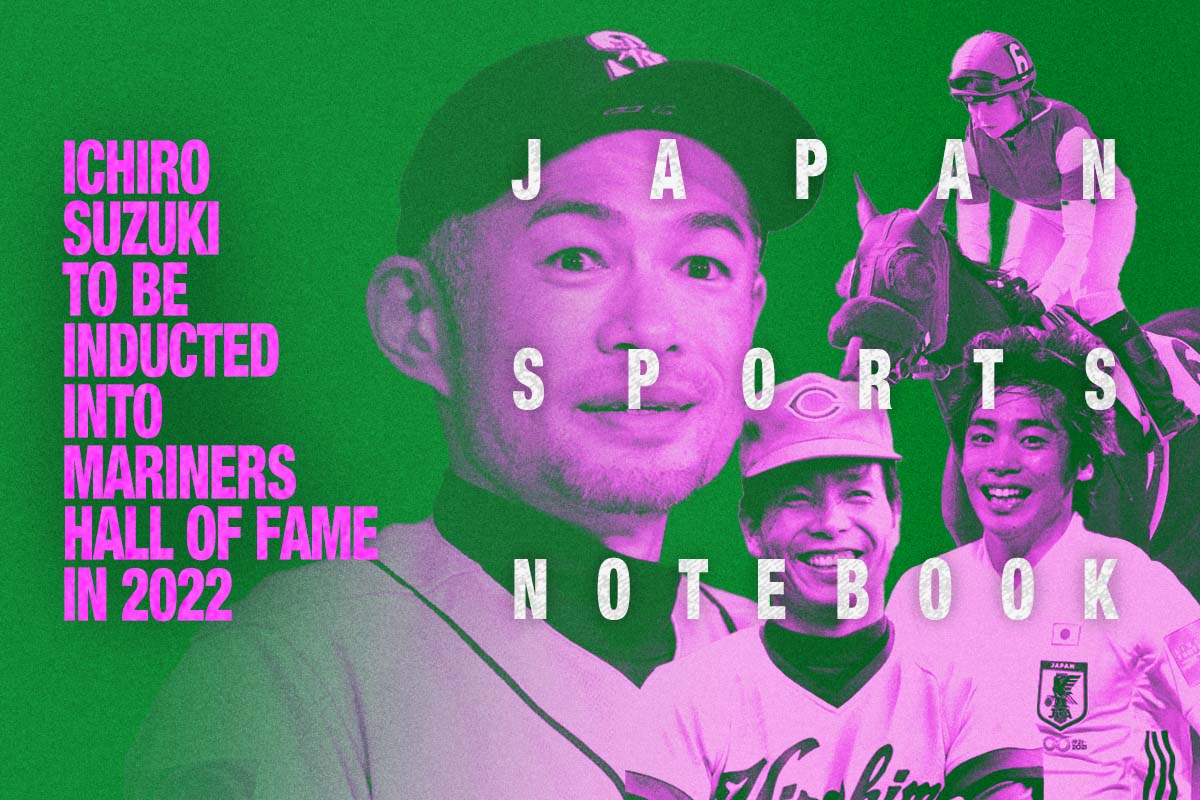 Ichiro Suzuki will be inducted into the National Baseball Hall of Fame in Cooperstown, New York, in the future. He’ll be eligible to be placed on Baseball Writers’ Association of America voters’ ballots after the 2024 season, five years after his retirement took place during the Seattle Mariners’ March 2019 series against the Oakland Athletics at Tokyo Dome.

It would surprise no one if Ichiro is elected to the Hall of Fame in his first year of eligibility, becoming the first Japanese player to be enshrined. After all, he amassed 3,089 hits in the majors, won a pair of batting titles and was a 10-time All-Star and 10-time Gold Glove recipient. He also stole 509 bases.

But first, the 48-year-old will be inducted into the Mariners Hall of Fame on August 27, 2022, it was announced on Tuesday, November 16.

“Mariners fans were fortunate to have watched Ichiro Suzuki perform his magic at the plate and in the field for over a decade in a Mariners uniform,” Mariners managing partner and chairman John Stanton said in a statement.

“As the first position player to transition from Japan to Major League Baseball, Ichiro opened minds and won the hearts of American fans with his brilliant play and dedication to his craft. His selection to the Mariners Hall of Fame was unanimous, and I fully expect Ichiro to take his place in Cooperstown on the first ballot in 2025.”

Following the path of Japanese pitchers Hideo Nomo, Shigetoshi Hasegawa, Hideki Irabu and many others to the majors, the star outfielder thrived immediately and paved the way for Hideki Matsui, Shohei Ohtani and others. The blockbuster announcement that Ohtani was the unanimous winner of the American League MVP award on Thursday, November 18 (which dominated Japan’s news programs and was splashed on the front pages of the nation’s newspapers over the next couple days) was necessarily prefaced with pertinent facts about Ichiro’s historic place for Japanese MLB ballplayers.

Ichiro was the AL Rookie of the Year and AL MVP in 2001, becoming the first player from his homeland to be named MVP for a season in the majors. And what a season it was. The left-handed hitting wizard had a league-best .350 batting average, and led the majors in stolen bases (56) and hits (242). It was his first of 10 consecutive 200-hit seasons for the Mariners, for whom he played until being traded to the New York Yankees in 2012.

After leaving New York, the speedy outfielder’s career included a three-season stint with the Miami Marlins before returning full circle by rejoining the Mariners in 2018.

Ichiro will always be identified with Seattle, the city where he played longer than anywhere else in his MLB career. He is one of the Mariners’ all-time greats.

His induction into the Mariners Hall of Fame will see him join former Mariners standouts Edgar Martinez, Ken Griffey Jr., Randy Johnson, Jamie Moyer, among others, and Lou Piniella, his first MLB manager.

Since his well-publicized retirement, Ichiro has served as a special assistant to the chairman. He also works as an instructor, dividing time between the team’s Triple-A affiliate, the Tacoma Rainiers, and the Mariners.

The Kumamoto native managed the Carp from 1975-85. He took over early in the ’75 season after American dugout boss Joe Lutz left the club early in the season.

The Carp won the 1975 Central League pennant, then fell to the Hankyu Braves in the Japan Series that fall.

Koba’s managerial tenure with the Carp included three more trips to the Japan Series (1979, 1980 and ’84), and they triumphed all three times, beating the Kintetsu Buffaloes in back-to-back seven-game series for the franchise’s first two championships. The 1984 Japanese Fall Classic also went the distance, with the Carp winning Game 7 by a 7-2 decision over the Braves on October 22 at Hiroshima Municipal Stadium.

Koba left the Carp after the 1985 season, then returned to the dugout to lead the Taiyo Whales (now known as the Yokohama DeNA BayStars) from 1987-89. In later years, he guided the Tokyo International University baseball team.

A two-time Central League stolen-base leader (1964, ’68) during his playing days, Koba’s Carp teams were known for their aggressive approach on the basepaths (they had 100 or more stolen bases 11 times in his 11-year tenure). Koba, a shortstop and second baseman, played for the Carp from 1958-69, then played his final season for the Nankai Hawks in 1970. He rapped out 1,369 hits in his career.

With the news of Koba’s passing, baseball great Shigeo Nagashima remembered competing against Koba’s Carp during his first stint as Yomiuri Giants skipper (1975-80). Koba was “a really formidable rival,” Nagashima was quoted as saying by Sankei Sports.

“Mr. Koba was an excellent player on defense and had tenacious and [steady] batting,” the Fukuoka SoftBank Hawks chairman said, according to Nikkan Sports. “As a manager, the Red Hell Army during the Golden Age of Hiroshima after the Giants V9 [championship dynasty] was wonderful. I think it was a wonderful life for baseball, as you worked hard in amateur baseball. I am proud to be a person who lived in the same generation. I pray for your soul.”

In 1999, Koba was inducted into the Japanese Baseball Hall of Fame.

For the second consecutive away game during 2022 World Cup qualifying, Junya Ito came to the rescue for Japan.

His 81st-minute goal was the difference in a 1-0 triumph over Oman at Muscat’s Sultan Qaboos Stadium on Tuesday, November 16.

With the win, Japan avenged its 1-0 home defeat to Oman on September 2 in Suita, Osaka Prefecture.

Samurai Blue also won its third consecutive game in Asian Group B qualifying matches to climb into second place in the standings with 12 points, trailing only Saudi Arabia (16). Australia is third (11), with Oman in fourth (seven), followed by China (five) and Vietnam (zero).

Ito, a 29-year-old winger for Belgian club Genk, scored the lone goal against Vietnam on November 11 in Hanoi.

Japan manager Hajime Moriyasu said the victory over Oman was important, because the squad moved ahead of Australia in points.

"It was a really tough match but our persistence and determination to win led to that goal,” Moriyasu said after the match, according to Kyodo News. “We moved up to second but if we let our guard down, positions can change again.”

Japan faces China in its next World Cup qualifier on January 27.

Following a five-year absence, the Kagoshima Prefecture native returned to the racetrack.

In 2020, Miyashita triumphed in 100 races, setting a national record for Japanese female jockeys.

Reflecting on her quadruple-digit career milestone, Miyashita said she was “relieved.”

The second chapter of Miyashita’s career is directly tied to motherhood, and she said it was a challenge to become a jockey again after the aforementioned absence.

“After giving birth, I started from scratch and it was difficult to restore my muscles, physical strength and weight,” she told NHK. “The support of the children was [my source of strength].”

“He had good academic grades and was a wonderful student as a human being. I am too scared to say that I instructed him.”


“Not sure if you’ve been following the news but I was recently informed of a fellow tennis player that has gone missing shortly after revealing that she has been sexually abused. Censorship is never OK at any cost.”