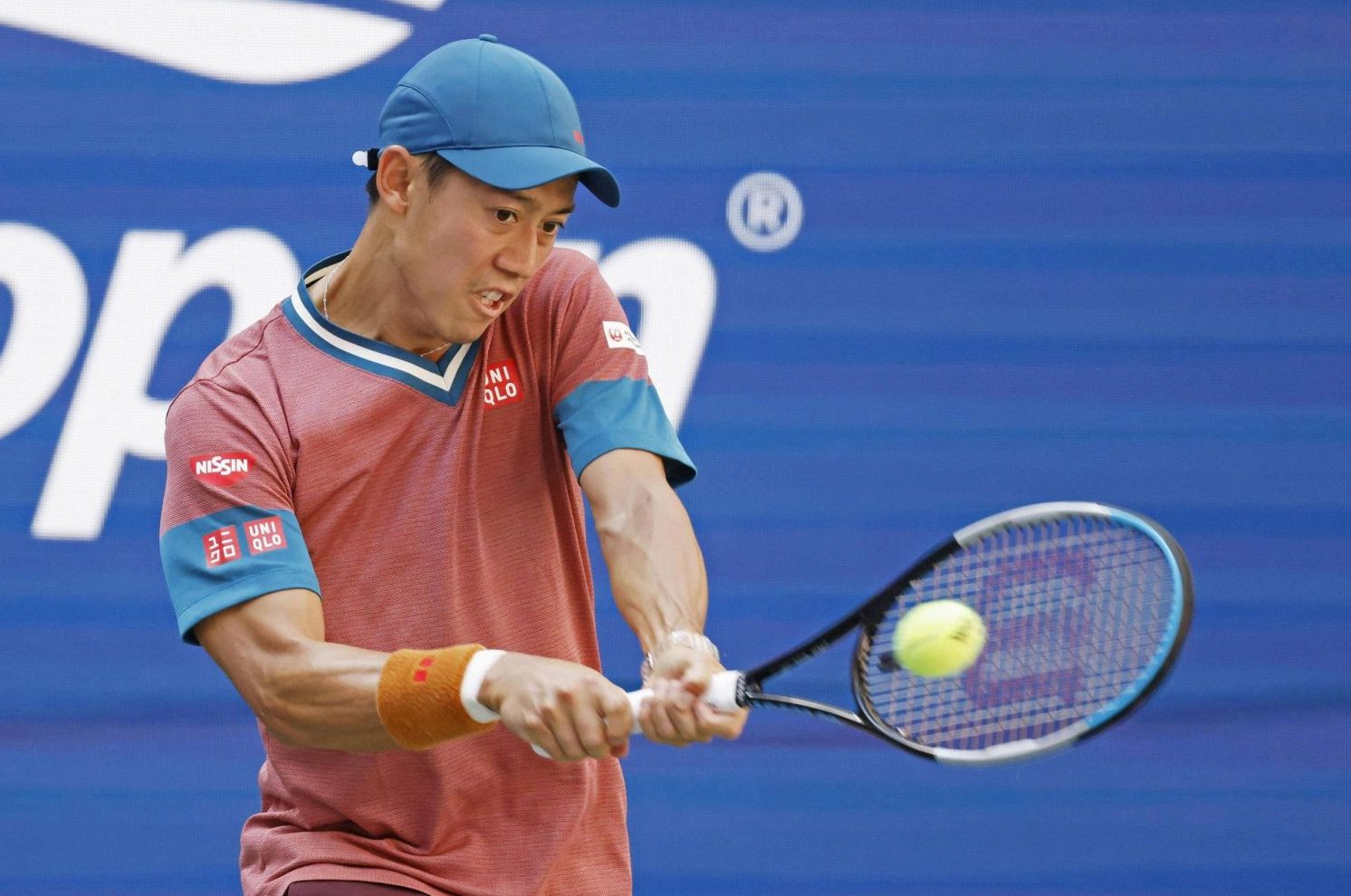 Kei Nishikori in a file photo from the 2021 US Open. (UPI/via KYODO)

Kei Nishikori is targeting a comeback early next year (2023).

The former world No. 4 men's tennis player, who hasn't appeared in any ATP Tour matches this year after undergoing arthroscopic surgery on his left hip in late January, is planning to return to competition at the Delray Beach Open in February.

Nishikori, who turns 33 on December 29, won his first title at the Florida-based tournament in 2008. At that time he was an 18-year-old qualifier who was ranked 244th.

A return at the Australian Open (January 16-29) is not beyond the realm of possibility.

"I don't know when I'll be back on the tour," Nishikori said recently, according to tennismajors.com. "My goal would be to be able to play the 2023 Australian Open. Right now, the chances of playing the first Grand Slam of the season are 50 percent."

In a news release issued on Wednesday, November 30 by Delray Beach Open tournament organizers, Nishikori is listed among the players who've committed to appear in the event's 25th straight year of competition in Delray Beach. It was previously held in Coral Springs, Florida, from 1993-98.

"The Delray Beach Open holds a special place in my heart, because winning it in 2008 as a qualifier was the start of my career and my belief that I belonged at that level," Nishikori said. "To be able to play it 15 years later is an honor. I hope it brings back the memory of that week for the longtime fans as the tournament marks 25 years in Delray Beach."

Read the full story, which also includes news items on baseball, basketball, sumo, track and field, boxing, the Quote of the Week and a Closing Commentary, on SportsLook.