Japan Starts Pfizer Jabs on Wednesday, February 17: Here’s What You Need to Know 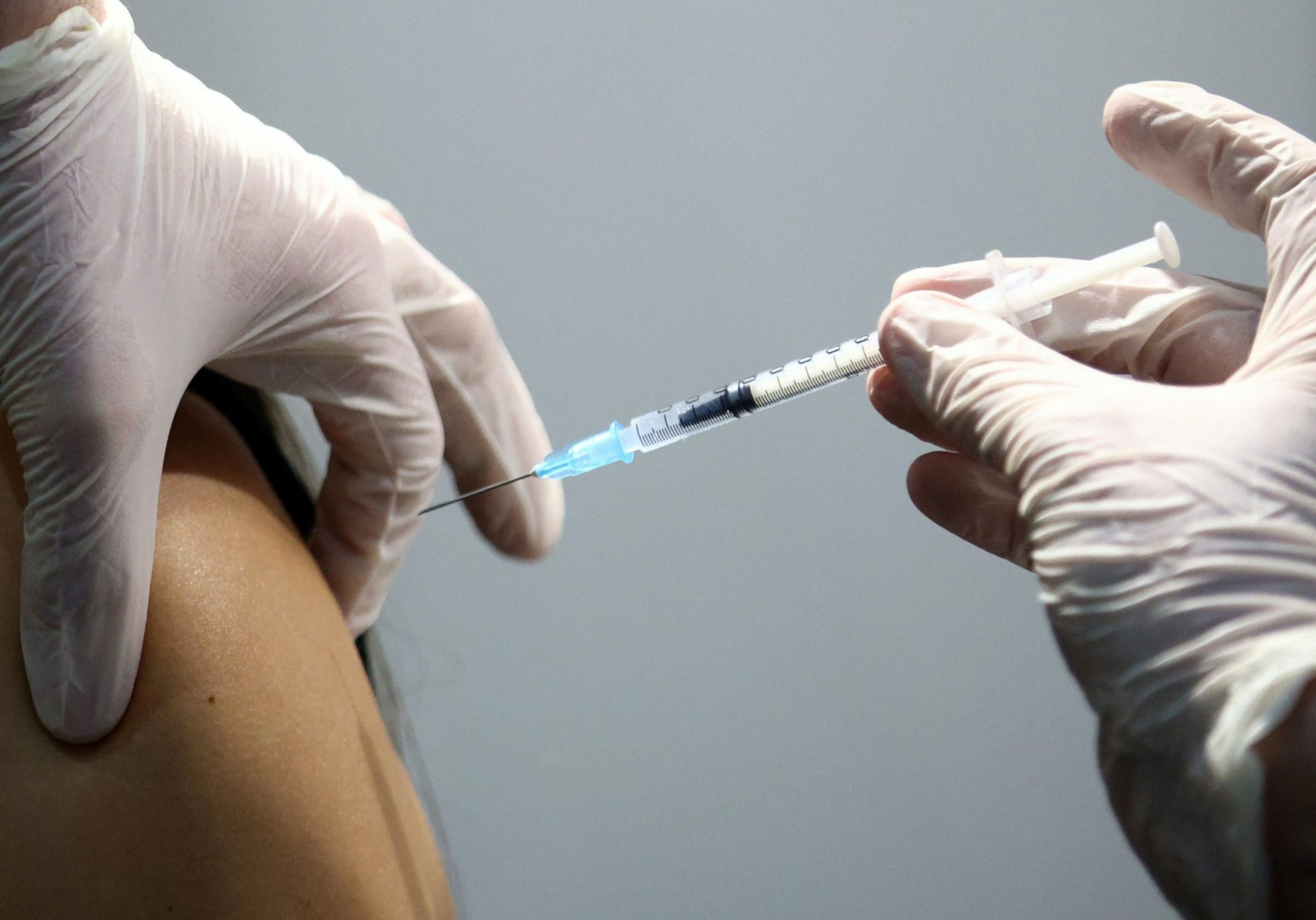 On February 14, Japan gave its citizens a very special Valentine’s surprise by approving the mRNA vaccine developed by Pfizer and BioNTech for use in Japan.

Vaccinations are set to start on February 17 for 40,000 medical workers. Each will receive two jabs three weeks apart. With that progress and the interest of the public in mind, the Japanese government has released new information on how this will take place.

On February 16, Minister Taro Kono, who is in charge of Japan’s vaccination effort against COVID-19, held a press conference to announce the main outline of the impending vaccine rollout.

“As we finally start inoculating vaccines,” Kono commented, “I have high hopes that as many Japanese as possible will get the jab after gaining an understanding of the actual risks and benefits.”

How Many Vaccine Doses Does Japan Have?

Minister Kono explained on February 16 that Japan had received the first planeload of 64,350 boxes of the vaccines from the European Union on February 12. The second plane is set to arrive sometime during the week of February 22.

Kono underlined that the first shipment contained enough jabs for at least the first 40,000 medical workers in the first wave of vaccinations.

Who Will Get Vaccinated First?

Group 1 consists of 40,000 medical workers in 100 public hospitals who have volunteered to go first. This is an increase from the initially announced 20,000 medical staff, reportedly due to the “high number of people who signed up for the initial stage of vaccinations.”

Who Will Be Next?

Those in Group 2, consisting of about 3.7 million medical workers at other facilities in the nation, are next in line. However, Minister Kono said that the figure is currently a government estimate. The exact numbers will be shared by the local governments during the week of February 15, after which the national government will dispatch the necessary vaccine doses to each of the 1,719 municipalities.

As soon as the first group of 40,000 national medical workers have received their jabs, the plan is to move quickly to the medical staff in Group 2.

What is The Timeline for Everyone Else?

Group 3 will be 36 million people who are over 65 years of age as of April 1, 2021, Minister Kono confirmed on February 16. Vaccinations are set to start on April 1 for this group.

Allowing for regional differences in organization, Kono expressed his hope to “finish vaccinating the elderly in a period of about 2 months and three weeks.”

Finally, Group 5 consists of the rest of the population.

Minister Kono refrained from committing to a more concrete timeframe as it depends on the delivery of the vaccines and the smooth inoculation of earlier groups.

Will there be enough doses for everyone in Japan?

Regarding this point, Minister Kono explained that the slow rollout was due to an initial shortage at the manufacturing end, together with an allowance for the time it takes local governments to learn the practicalities of organizing the vaccine rollout.

However, he emphasized that he did not expect further delays:

“I think with Pfizer upping their production capacity in Europe, the speed will pick up. I don’t expect the speed to drop to any lower than it is now, so in that sense the start of the inoculation of the elderly might be late, but I think the pace will pick up once we get to that stage.”

What’s the issue about 5 or 6 doses per vial?

There had been some debate as to whether one vial would be able to produce five or six dosesーor jabsーof the vaccine. The answer depends on the type of needle and syringe being used. The needle and syringe required to get six doses out of one vial is not the common variety, which led to discussion of this issue.

Minister Kono said on February 16 that the Pfizer vaccine was a “valuable vaccine”, and therefore he was making the necessary provisions to have the special needle and syringe delivered in order that all six doses could be fully extracted from each vial.

Although he refrained from guaranteeing these special needles and syringes would be available for later segments of the vaccine rollout, at the very least, he said, “all first and second doses to 40,000 national medical workers will be administered by getting six doses out of each vial.”

Where will the vaccine be stored?

The vaccine will initially be taken to 100 hospitals that currently have refrigeration equipment capable of storing the vaccine at the required -75C degrees or colder temperatures. Provisions have been made to expand distribution after that.

Kono explained on February 16 that 1,500 hospitals around the country are scheduled to have deep freeze capacity by the end of February so that the vaccine can be safely stored closer to the regions where it will be administered.

The minister added that the plan was to encourage storage domestically so that new doses can be dispatched to vaccination sites as soon as possible whenever needed.

How does it work? What do I have to do to get vaccinated?

Residents of Japan in all other groups will receive a coupon or leaflet in the mail personally addressed to you with information on how to book an appointment for the vaccine, and where to go on the day of your appointment.

As a new feature, Minister Kono said on February 16 that the government plans to make use of an online database to track people when they receive their first and second dose of the vaccine.

This would be done so as to “reduce the burden on local governments,” according to Minister Kono, and to address the possible risk of paperwork falling through the cracks.

What about the safety of the vaccine?

On February 16 Kono explained that half of the 40,000 national medical workers in the first group will keep an observation diary for seven weeks, recording their health status and any symptoms after being inoculated with the vaccine. The period covers the first and second jabs, and four weeks of followup, to correctly assess the risks of the vaccine.

In addition, clinical trials of the Pfizer vaccine have taken place in Japan on 166 patients since October 2020, yielding preliminarily encouraging results.

For those who are still unsure of the vaccine, the minister pledged to “share information on the efficacy and the side effects of the vaccine on the government homepage and through its Twitter account, as well as over other media such as television and newspapers.”

What if something goes wrong?

Minister Kono was the first to admit that something might go wrong. The vaccine arrived on Friday, February 12, and on the following evening of February 13 a strong earthquake struck Northeastern Japan, leading some to wonder whether the power outages would affect storage of the vaccine.

Speaking to the impact of the earthquake, the minister said that “there had been no problems”, adding that the special “deep freezers have capacity to operate even in an outage.”

However, on the wider possibility of something going wrong, he noted that this was the “first time for such a rollout,” and that it involved the immense effort of coordinating 1,719 local governments, thereby stressing that it was necessary “to work flexibly.”

He continued: “Looking at what is happening in the U.S., many things are going on. As much as I would like everything to proceed without a hitch, something is bound to happen. And on those occasions I plan to work together with local governments to address the situation.”