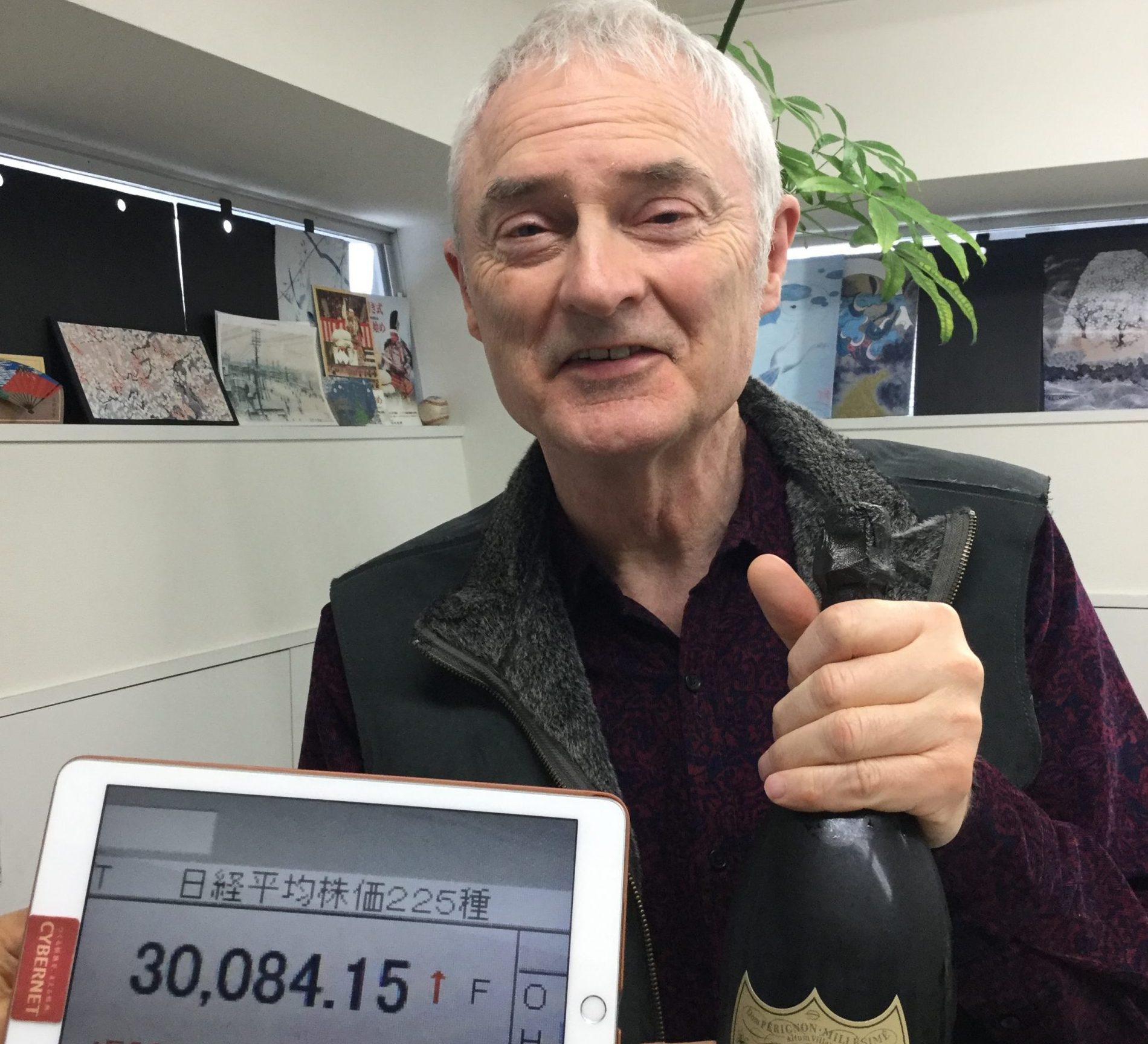 So it has finally happened: Japan’s Nikkei 225 index of stock prices has topped the 30,000 level for the first time in 30 years.

The most appropriate way to celebrate this event would be by opening a bottle of 30-year-old Hibiki whiskey. But that is no easy matter. That particular product of Japanese drinks giant Suntory is extremely hard to find in liquor stores. In the United Kingdom, it sells for over £4,000 GBP ($5,570 USD, ￥586,330 JPY) a bottle.

Thirty years ago, the idea that a Japanese whiskey could command the kind of premium prices associated with top-notch French wines and spirits would have seemed ridiculous. Hibiki is a symbol of how much corporate Japan has changed since then, as can also be deduced from the structure of the stock market.

At the peak of the late 1980s bubble, seven of the largest stocks by market value were banks. Most of these no longer exist as independent entities, having been downsized and merged in the financial crises that marked Japan’s two “lost decades.”

Today, Japan’s top 10 stocks by market value include Softbank, Keyence, Fast Retailing (famous for its Uniqlo brand), Sony, Nintendo, and Recruit. With the exception of Nintendo (founded in 1889) and Sony (1946), these are all relatively recent success stories, just like Hibiki.

Thirty thousand is, of course, just a number, and the Nikkei 225 is not a particularly useful index. Like America’s Dow Jones Index, it is constructed from an average of stock prices, without reference to the number of shares each company has issued. Just two stocks with very high prices, Fast Retailing and Softbank, account for some 20% of the index, whereas Toyota, Japan’s largest company by market value, accounts for just 1%.

You might conclude, therefore, that hard-headed financial professionals would pay little attention to the numerical curiosity of the Nikkei 225 rising above 30,000. In fact, they do. Psychology is a crucial part of most human endeavours, investment included.

In their book Radical Uncertainty: Decision-Making For an Unknowable Future, John Kay, formerly of the London Business School, and ex-Governor of the Bank of England Mervyn King state that “the dominant characteristic of modern finance is the constant interplay of competing narratives.”

Citing the work of social scientist and psychoanalyst David Tuckett, who spent time studying financial traders, they explain: “Narratives are the mechanism by which conviction is developed. Narratives underpin our sense of identity and enable us to recreate decisions of the past and imagine decisions we will face in the future.”

This time, though, the contours of a powerful new story have emerged. They can be summarized as “Japan is back.” In this context, Nikkei 30,000 becomes an important, confidence-building milestone.

The evidence has been building since former Prime Minister Shinzo Abe began his record-breaking stint in office in late 2012. At the time, the Nikkei 225 was languishing below 10,000, a level it had first topped 28 years before. In the wake of the terrible triple disaster (earthquake, tsunami, and nuclear meltdown) of March 2011, the mood was unrelentingly bleak.

Abe’s new macro-economic framework had an instant effect in driving the yen lower and the stock market higher. In the following years, the Japanese labor market went from super loose to super tight, and there was a palpable lightening of the social mood as the once appallingly high suicide fell significantly year after year.

Particularly important to investors was the improvement in corporate health. Profit margins rose to 50-year highs even in old-fashioned sectors like construction, while debt-heavy balance sheets were drastically slimmed down. A series of governmental nudges caused management and investors alike to take corporate governance much more seriously than before.

Crucially, all this happened in a downbeat, low expectation atmosphere. Until COVID-19 came along to disturb all the measurements, the rise in the Japanese stock market was simply in line with the rise in corporate profits.

As Kaye and King write, “Narratives change and evolve over time and need to be constantly challenged.” The bubble era narrative — as articulated by famous American scholars as well as French intellectuals and Japanese best-seller writers — was that Japan had discovered a new and better form of capitalism, and its industrial juggernaut was unstoppable.

That turned out to be complete nonsense. As for the top 10 stocks by market value, collectively they proved to be a disastrous investment.

Could the same thing happen again? In terms of the overall market, that seems unlikely. The fact that the Nikkei 225 is still far below its 1989 zenith, despite incomparably stronger corporate fundamentals, is reassuring. However, it would be unusual for the most favored stocks to hog the limelight forever. Roughly every decade, a new set of market darlings appears on the scene and the heroes of yesteryear are downgraded, sometimes quite brutally.

As for the next big Nikkei 225 milestone, who knows when that will be? Just to be ready, I’ll purchase a bottle of the cask-aged shochu “100 Years of Solitude.” It’s the nearest thing to a good whisky, but a great deal cheaper.